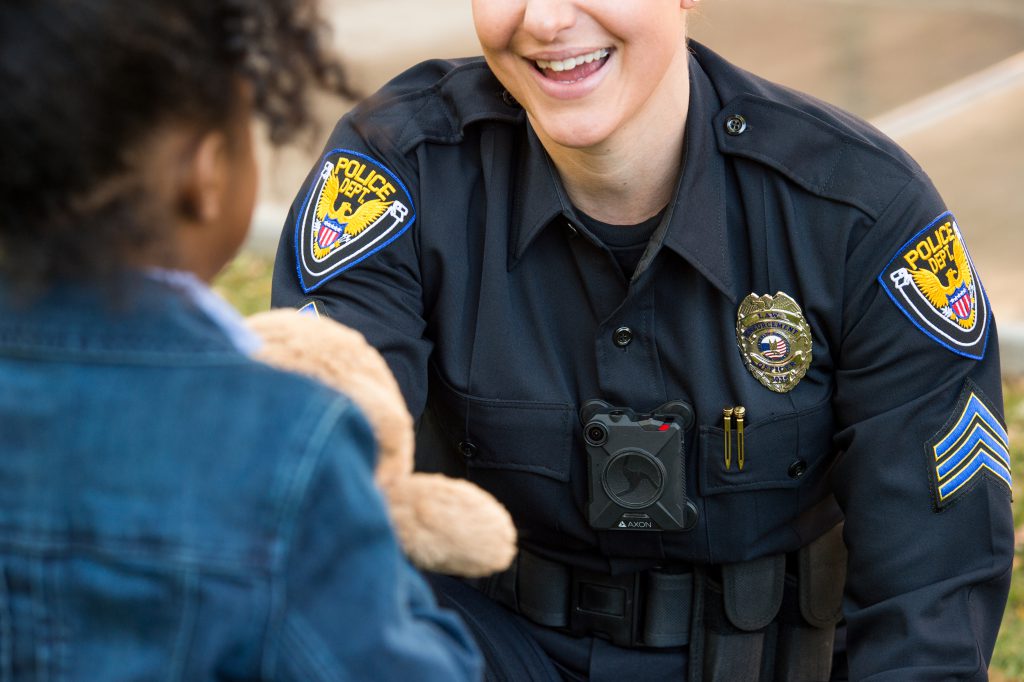 Many US cities have instructed their police officers to wear body cameras, with the goal of increasing accountability in police-citizen interactions and improving community relations. But do these cameras have the intended effects? The Lab @ DC, a research team within the Washington, DC government supported in part by APS, has just released the results of a two-year-long study investigating the effects of police body-worn cameras on policing in DC. This government research team concluded that the introduction of these cameras did not have an effect on either use of force or civilian complaints. These findings raise new avenues for further research by both basic and applied scientists.

In their study, psychological scientist David Yokum and his team randomly assigned over 2,200 police officers to either wear a police body-worn camera or not wear a camera while they went about their daily patrol work. The study ran from June 2015 through December 2016, and it included officers from all police districts within DC lines. The study—which the researchers preregistered on the Open Science Framework—tracked a number of variables of interest, but the researchers focused on two primary outcomes: whether police wearing a camera affected number of (1) documented uses of force by police officers, and (2) civilian complaints regarding their interactions with officers.

To measure these outcomes, The Lab used administrative data generated in the regular operation of the DC police force. This type of data is gaining popularity as a convenient data source that can be unobtrusive and inexpensive to collect and use for research. The Lab applied several statistical approaches to analyze the data, and the results converged to show that the body cameras had no detectable effect on the measured variables. Specifically, wearing a camera appeared to make no difference in uses of force or complaints received by the police department. The researchers determined that their study was well-powered enough to conclude that the cameras had no effect (i.e., the study was likely to detect an effect if one existed in the data).

The Lab also investigated whether the presence of cameras affected judicial outcomes—that is, whether an officer wearing a camera when they arrested someone affected later prosecutions or case dispositions (i.e., finding guilty, not guilty). Similarly, analyses showed that cameras had no effect on judicial outcomes. The Lab researchers, however, concluded that limitations in access to administrative data for these analyses increased uncertainty in their estimates. More details about the study can be found on The Lab’s website.

These results could mean that cameras do not affect the measured behaviors, but The Lab also entertained alternative explanations. For instance, it’s possible that the DC police department has fewer instances of misconduct to improve upon in relation to other metropolitan police departments. It’s also possible that effects occurred, but were hidden—for example, the behaviors of officers who were not wearing cameras may have been affected by officers nearby who were wearing them. The Lab also suggested that the administrative data used might have limitations. For example, if a use of force was not reported, it was not captured in the administrative data.

For researchers who would like to learn more, the scientists who led The Lab’s project—Yokum, political science and public policy graduate student Anita Ravishankar (University of Michigan), and political scientist Alexander Coppock (Yale University)—have released a working paper detailing the study and results.

In the paper, the authors conclude that although cameras did not have an effect in the measured analyses, the findings present opportunities for new avenues of research.

“Body-worn cameras may have great utility in specific policing scenarios, but we cannot conclude from this experiment that they can be expected to produce large, department-wide improvements in outcomes,” they wrote.

Learn more about the body-worn camera study via The Lab’s website.