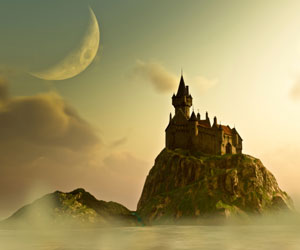 Whether it’s the drive of an Olympic athlete, the vision of an entrepreneur, or the skill of a fantasy role-playing game champion (more on that later), intense passion often inspires admiration. But the findings from a recent study in the European Journal of Social Psychology suggest that not all passions are created equal; some kinds of passion may even be harmful to your health.

Geneviéve A. Mageau and Joëlle Carpentier of the Université de Montréal and Robert J. Vallerand of Université du Québec à Montréal wanted to test Vallerand’s Dualistic Model of Passion. According to the model, people who show ‘harmonious passion’ for an activity participate in that activity (and other activities) freely and often end up having a positive experience. People who show ‘obsessive passion,’ on the other hand, are prone to basing a larger part of their identity on their passionate activity, and they engage in the activity compulsively.

Mageau’s team believed that because their self-esteem is so deeply rooted in their passionate activity, obsessively passionate people would report greater fluctuations in their self-esteem according to fluctuations in their performance. To test the hypothesis, they recruited enthusiasts of the fantasy-inspired card game Magic: The Gathering and organized a series of tournaments. Before each tournament, the scientists used surveys to assess participants’ passion for Magic, sources of self-esteem, overall self-esteem, and in-the-moment self-esteem. Individual players’ performance and in-the-moment self-esteem were also measured at the end of every round.

As expected, the surveys showed that players who had an obsessive passion for Magic: The Gathering also reported that their self-esteem was more closely tied to Magic than players who had a harmonious passion for the game. Furthermore, when the researchers measured ups and downs in players’ self-esteem over the course of an actual tournament, they found that obsessively passionate Magic players were more likely to experience these ups and downs as a function of wins and losses.

This is the first empirical study to examine how the relationship between passion and self-esteem might differ between people who are obsessively and harmoniously passionate. Previous research shows that stable self-esteem is a key component of a person’s overall well-being.  As such, the fluctuations in self-esteem that are common among people with obsessive passions could actually be harmful. The researchers suggest that being mindful of the link between passion and self-worth may help people to cultivate harmonious passions over obsessive ones.