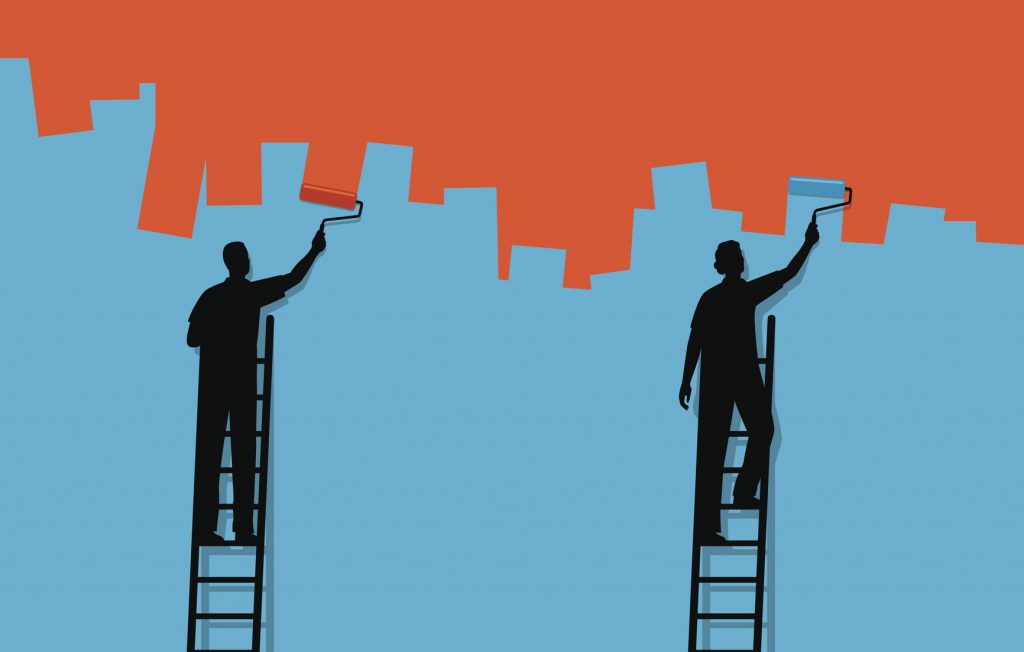 It’s easy to find signs of bias in newspaper opinion pages, on social media, and on news channels. But what motivates it? How do two people interpret the same information so differently?

Psychological scientists have been fascinated with political bias for decades. Through large-scale studies, they have investigated where bias lives on the political spectrum. Some studies have produced findings suggesting that bias is lopsided, affecting the decision making of those who identify with the political right to a greater extent than those on the political left. Other studies have indicated the opposite. Some findings have suggested that bias actually flourishes at all points along the spectrum.

The fact that previous results on the topic vary widely makes it difficult to draw broad conclusions. Psychological scientists Peter Ditto of the University of California, Irvine and colleagues analyzed dozens of bias studies to get to the bottom of the issue. They point out that some scholars have been quick to accept the idea that conservatives exhibit more bias, and asymmetry in the ideology of the researchers themselves may play a role – that is, it’s possible that a predominantly liberal field may be falling victim to the same biases they study.

In this meta-analysis study, Ditto and coauthors found 51 published and unpublished experiments that matched their criteria, with a combined total of more than 18,000 participants.

A typical experiment measured participants’ left-right political orientation and presented them with information that either supported or opposed their own political beliefs. Sometimes this information associated behavior, such as supporting a new law, with a specific public figure and a political orientation; in other studies, the researchers presented fictional scientific data supporting liberal or conservative beliefs. Depending on the study, participants would evaluate the policy in question, approve or disapprove of the public figure’s actions, or assess the scientific study’s quality.

The results of the meta-analysis were clear: Political bias did not depend on political affiliation, appearing across the whole spectrum. “Our results suggest that liberals and conservatives were both significantly biased in favor of information that supported their ideological beliefs and groups, and the two groups were biased to very similar degrees,” the authors explain.

Ditto and colleagues note that bias may come into play at multiple points in the decision making process when people receive new information. Knowing that a policy idea comes from an opposing political party creates an expectation that it will be a bad idea in the first place, and identifying with one’s own camp motivates a person to find flaws with the policy.

This pattern of bias was consistent across different study types (e.g., whether evaluating science information or policy ideas) and across political topics. The researchers observe that bias may be the very reason that we tend to view political bias as asymmetrical: “We may simply recognize bias in others better than we see it in ourselves,” they conclude.

This article fails to mention the fact that the conclusions of the Ditto et al. article were disputed. See
Baron, J. & Jost, J. T. (2019). False equivalence: Are liberals and conservatives in the U.S. equally “biased”? Perspectives on Psychological Science, 14(2). 292-303. Outside of the specific task analyzed by Ditto et al. (which, we argue, does not even measure biases), evidence for greater bias on the current political right wing is extensive, and more has appeared since these articles were published.