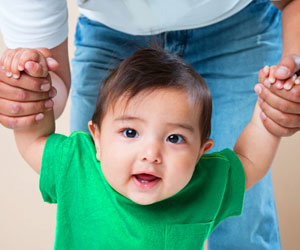 Adults expect others to behave rationally and efficiently in their simple, everyday actions — this is what enables us to predict the route someone will take walking on the sidewalk, for instance. Now, new research shows that infants hold the same expectations for the behavior of others.

Even within the first two years of life, infants expect adults to behave rationally, efficiently, and consistently, according to the research, which is published in the April 2013 issue of Psychological Science.

As predicted, infants looked longer when the experimenter performed the more effortful action, suggesting that they expected the experimenter to choose the toy that was clearly visible and accessible.

Together, these studies support the idea that infants have an expectation that people will act rationally and efficiently, and that infants are able to adopt the perspective of the person performing the action.