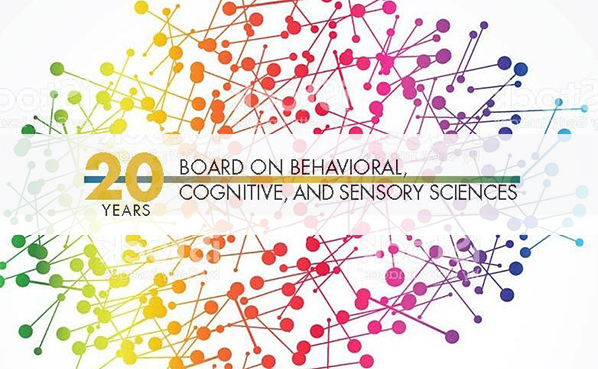 One of the foremost US advisory groups on psychological and other behavioral sciences celebrated its 20th anniversary on October 19, 2017, and APS was among the organizations helping to mark the celebration.

The National Academy of Sciences’ Board on Behavioral, Cognitive, and Sensory Sciences (BBCSS) held its anniversary symposium at the National Academies in Washington, DC, with support from APS and several other scientific organizations and agencies.

Other participants included APS Fellows Nancy Kanwisher of the Massachusetts Institute of Technology and Janice Kiecolt-Glaser of The Ohio State University.

A highlight of the symposium was the concluding session, “Life, Liberty, and the Pursuit of Happiness,” a conversation with APS Fellow Daniel Gilbert (Harvard University) and columnist David Brooks of The New York Times.

Throughout the symposium, the participants discussed the future of behavioral and related sciences. In a session called “The Limitless Future,” Fiske, a psychology professor at Princeton University, led a conversation about important new directions for the behavioral sciences.

Panelists agreed that integrative science is a new frontier for science. Fay Lomax Cook, Assistant Director for Social, Behavioral, and Economic Sciences at the National Science Foundation (NSF), highlighted the developing importance of integrative, convergent science which brings together behavioral scientists and researchers from other fields to solve important issues.

The eminent scientists also discussed the importance of the application of behavioral science.

“We have to translate some of the findings in psychology to public policy,” said Posner, referring in part to psychological scientist Crystal Hall’s presentation on how she applies behavioral science to improve government programs and policies within the US General Services Administration Office of Evaluation Sciences.

BBCSS is part of the National Academy of Sciences’ Division of Behavioral and Social Sciences and Education. It has a number of primary goals that include:

Researchers agreed that many important questions remain unanswered in the behavioral sciences, but psychological scientists and their colleagues won’t ever cease to find some answers.

“I study stereotypes,” Fiske said, “and when it comes to science, one of the words that’s really distinct to us is curiosity.”