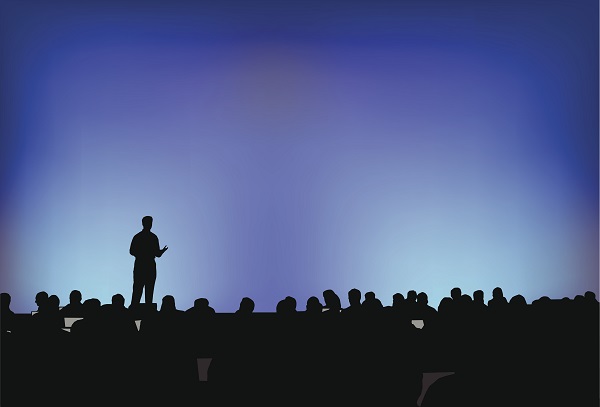 Neal discussed the dearth of well-established psychological tools in the courtroom, and Feldman Barrett explained the limitations of using technology to glean human emotion from facial expressions alone.

Panel 1: Psychology in the Courtroom

The first briefing, “Advancing Justice with Lessons from Psychology,” coincided with the online publication of the PSPI report titled “Psychological Assessment in Legal Contexts: Are Courts Keeping ‘Junk Science’ Out of the Courtroom?” The panel discussions began with a summary by Neal of the report’s findings.

“Each year, hundreds of thousands of psychological assessments are used in court to help judges make legal decisions that will affect a person’s life,” Neal told reporters. “We were able to clearly identify only 40% of these tools as having generally favorable scientific properties. This is a problem because bad psychological evidence may contribute to unfair legal processes and unjust verdicts.”

The problem is made worse, she continued, because the courts are not separating the good from the bad. “Even though courts are required to screen out ‘junk science,’ nearly all psychological assessment evidence is admitted into court without even being screened,” she said. The report’s finding were also publicized in an APS news release, which was made available to reporters during the briefing. Two researchers who were not associated with the PSPI report, Ira Hyman (Western Washington University) and Sarah Brown-Schmidt (Vanderbilt University), also presented during the briefing.

Feldman Barrett kicked off the second briefing, “Emotion Recognition Technology: Present and Future.” She presented findings from a July 2019 PSPI report, “Emotional Expressions Reconsidered: Challenges to Inferring Emotion From Human Facial Movements.” Her panel explored the increasing use of technology to detect emotion by studying people’s facial expressions. Barrett summarized how the PSPI report relates to this potential use of technology.

“People do not move their faces randomly, but they do move them in highly contextualized ways, so any AI that is claiming to detect anger by looking for scowls has some real problems,” Feldman Barrett concluded.

Two other authors of the study, APS Fellow Seth Pollak (University of Wisconsin-Madison) and Aleix Martinez (The Ohio State University), also served on the panel but discussed other related topics.

Both Neal and Feldman Barrett also presented their results in separate technical sessions.

In addition to being a highlight of the AAAS meeting, the APS annual meeting also features authors of recent reports in Psychological Science in the Public Interest, the influential APS journal that examines research on issues of broad public concern. Details can be found under Special Events in the annual convention section of the APS website.

During the meeting, Lisa Feldman Barrett also presented the 2019 John P. McGovern Award Lecture in the Behavioral Sciences. She was nominated for this award by APS and was selected by AAAS “for her role as one of the preeminent experts in the study of emotions.” Her talk, titled “Variation Is the Norm: Darwin’s Population Thinking and the Science of Emotion,” covered the nature of emotion from both psychological and neuroscience perspectives and how it emerged into a new field of inquiry called affective science.

The lecture, first delivered in 1990, honors outstanding behavioral scientists from around the world. The lecture was endowed by the John P. McGovern Foundation to enable scholars to learn and explore the accomplishments and challenges of the behavioral sciences. Dr. McGovern was an internationally recognized physician, scientist, scholar, educator, and humanitarian.

A sample of research exploring the neural underpinnings of perceiving familiar faces and extremeness aversion as a heuristic.

A sample of research articles exploring the role of crowd formation in online ratings and how the composition of police lineups influences eyewitness identification.