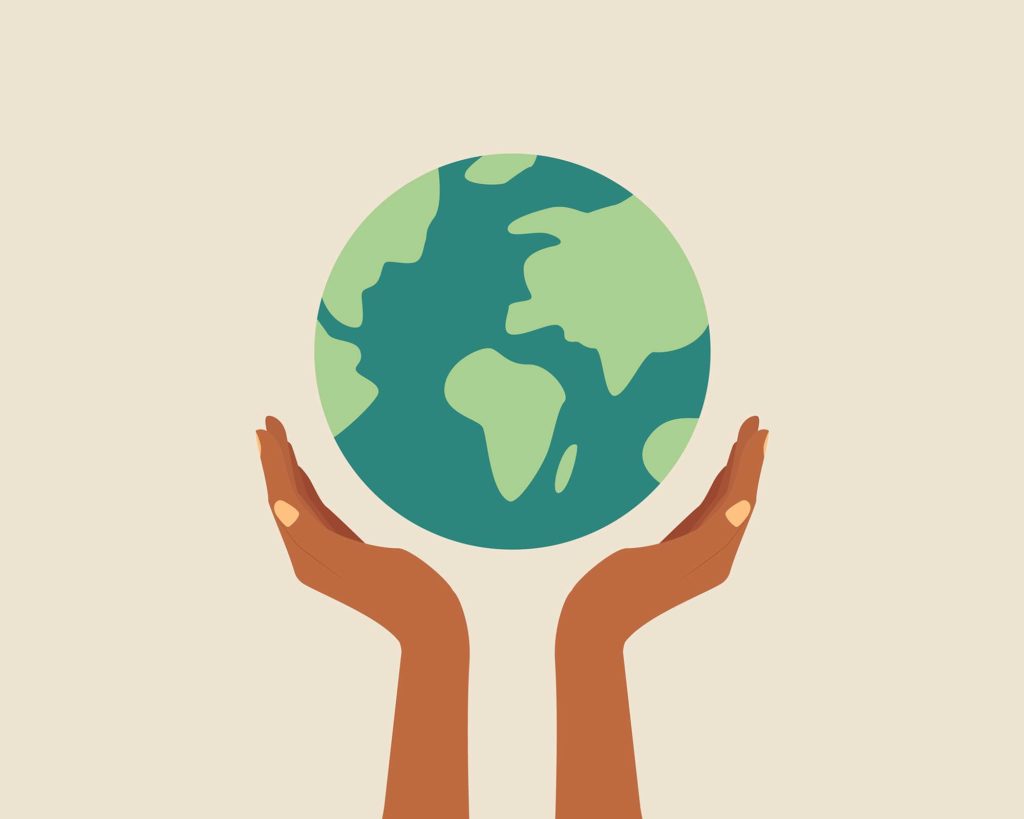 Earth Day was first observed in 1970 to mark the beginnings of the modern environmental movement, and it has since gone global. Today, it is the most widely acknowledged secular observance in the world, motivating more than a billion people each year to fight for a clean environment.

In recognition of Earth Day 2022, this April 22, we have collected and summarized flash talks presented at the APS 2021 Virtual Convention that discuss the effects of nature-assisted rehabilitation on mental health, the risks of air pollution exposure during childhood, the motivations behind climate-related discussions, and more.

Read research on the environment and climate change in the APS archive.

Radical Pro-Environmental Change as Loss: A Qualitative Study of How Degrowth Is Perceived Within a French-Speaking Swiss Sample

Avery and Butera provided participants with a pamphlet from a fictional environmental group that emphasized the need for radical, pro-environmental action to fight climate change. The researchers then measured the extent to which participants perceived the needed action as existential loss (i.e., loss of meaning in the world). They found that after participants evaluated the action’s efficiency, they rarely explicitly mentioned any type of loss. But participants did voice a fear of losing certain freedoms and comforts that would lower their quality of life, as well as a fear that extreme measures could breed unbearable losses (e.g., population control would cause dire consequences for a stable population).

This study was foundational to the research in Avery’s thesis. “Specifically, it allowed me to determine two major components of the perception of degrowth-oriented policies that we were then able to implement and test in further experimental manipulations,” Avery told APS. These major components, “that degrowth is considered as a threat and that men and women’s responses towards that threat differ,” could contribute to future research on the topic.

Air pollution is a globally present toxicant mix that may injure the central nervous system, but associations with psychopathology are poorly characterized, Reuben and colleagues wrote. Using data from a representative longitudinal birth cohort that was followed from birth to age 18, the authors found that early-life air pollution exposure elevates the risk of general psychopathology—regardless of individual, family, and neighborhood psychiatric and sociodemographic factors.

“Our findings identified early-life air pollution as a nonspecific risk factor for later development of mental illness, meaning overall liability to mental illness writ large is elevated,” Reuben told APS. “As an outgrowth of this finding, we have become interested in genotypic differences that may account for how this mental-illness liability is expressed. We are exploring the use of polygenic risk scores to identify genetic liabilities and better approach causal inference.”

Mental Illness and Going Back to Nature: A Pilot Study on the Effects of Nature-Assisted Rehabilitation on Patients’ Health and Personality

In a quasi-experimental pilot study, Garcia and colleagues invited 10 psychiatric patients to undergo a 10-week nature-assisted rehabilitation intervention and 10 control-group patients to engage in 12 weeks of talk-therapy interventions. The authors found that patients in the nature-assisted intervention showed significant reductions in their tendencies to feel worried or pessimistic, whereas patients in the control group demonstrated reductions in impulsivity and disorderliness.

Although their research was a pilot study, the authors “have been discussing the importance of acknowledging that our health is not only biopsychosocial in nature, but that Earth’s ecology is closely linked to our health,” Garcia said. “To promote health in the 21st century, we need to be close to nature.”

“The insights we gained from the cross-cultural norm networks study indicate that the optimal intervention in one cultural context may not work equally well in a different context,” Majumdar told APS. “We are currently running experiments to compare the effectiveness of the optimal intervention strategies identified using the two unique norm networks in both cultural contexts.”

To study the effects of for-profit companies’ “greenwashing” (behaviors designed to deceive people into feeling positively about an organization’s environmental practices), Katz-Zeitlin and colleagues investigated the effect of activity inhibition (AI; the capacity to regulate negative emotions) and power motive (the desire to have an impact) on attitude change among millennials exposed to polarizing website communications.

Findings indicated that individuals who displayed higher levels of AI and socialized power motive—the desire to exert influence for others’ benefit—were less susceptible to attitude change from external influences, including deceptive website language from organizations that greenwash.

The study, Katz-Zeitlin said, identified “personality traits that may be protective against attitudinal change resulting from greenwashing.” The study also led him to research greenwashing from a different perspective. “My current project seeks to empirically investigate how employees are affected when their company engages in greenwashing. More specifically, my colleagues at the Université de Québec à Montréal and I are attempting to demonstrate that greenwashing has a negative effect on an employee’s sense of engagement, but this relation is less so for an employee with more materialistic values.”

Shah, Seraj, and Pennebaker conducted a study to determine when people are more likely to engage in collective action for climate change and how their level of engagement varies according to the type of event taking place.