Publications > Observer > Observations > The Uplift of Strangers: More Reasons to Dose Up on “Vitamin S” 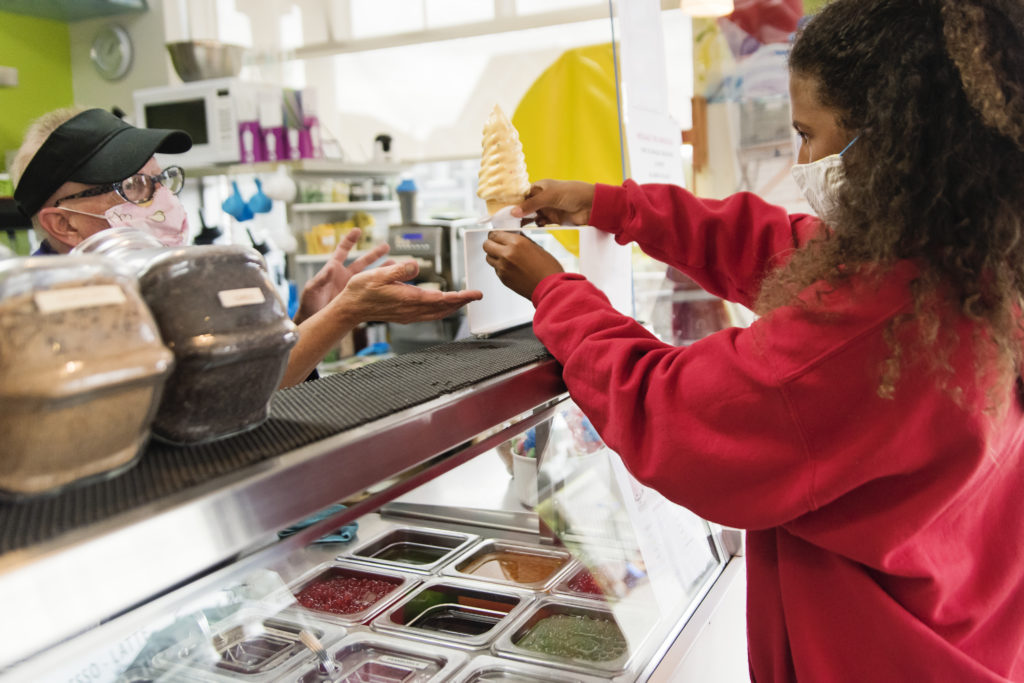 Maybe Blanche DuBois was onto something. In most cases, science shows, one really can count on the kindness of strangers to do the soul good.

DuBois, the troubled character in A Streetcar Named Desire, famously invoked such a hope in the concluding scene of Tennessee Williams’s 1947 play. Nearly 75 years later, researchers Paul A. M. Van Lange and Simon Columbus have used the COVID-19 pandemic as an opportunity to explore whether limited interactions with strangers could offer benefits comparable to the benefits of interactions with close acquaintances.

“One of the major stressors during lockdowns due to the pandemic has been the lack of social contact,” wrote Van Lange, of Vrije Universiteit Amsterdam, and Columbus, of the University of Copenhagen, in Current Directions in Psychological Science. Noting established findings that people’s well-being is strongly served by the quality of their close relationships, they asked, “is there also merit to relationships that are not close, such as contact with acquaintances or even strangers on the street or at a bus stop?”

In a wide-ranging review of the scientific literature, Van Lange and Columbus used insights from research on social interaction to identify three broad reasons why people need social contact with strangers, which they call “Vitamin S.” They framed those reasons as propositions.

Proposition 1: Most interaction situations with strangers are benign.

Recent research has used experience-sampling methods to map out the types of interactions people experience in their everyday lives. Across samples in The Netherlands and Germany, most interactions “were marked more by corresponding than by conflicting interests, by medium levels of mutual dependence, and by equality of power,” Van Lange and Columbus wrote. “Indeed, this pattern of interdependence is conducive to prosocial behavior and mutual cooperation.”

Proposition 2: Most strangers are benign.

“In most situations involving low conflict of interest, people are naturally kind—even in the absence of any history of social interaction or anticipation of social interaction in the future,” Van Lange and Columbus wrote. They cited research on social mindfulness, which essentially means cooperativeness, thoughtfulness, and consideration toward others before making a decision. Scenarios examined in that research ranged from a hotel buffet (a pre-pandemic concept, to be sure), in which 65% to 70% of adults made the “socially mindful” choice of leaving the last of one item for another guest’s consideration, to an actual natural disaster, Typhoon Haiyan in the Philippines in 2013, in which 78% of participants willingly volunteered their time to help raise money.

In 1973, M.S. Granovetter proposed the theory of weak ties (1973), which states that people who have many acquaintances beyond their close networks tend to be happier than those with smaller networks. They’re more likely to find jobs through these weak ties, for example, and may know that they’re more likely to encounter a kindness with a stranger than an unkindness. But setting aside material or future benefits, “we propose that social interactions with strangers fulfill the need for social contact,” wrote Van Lange and Columbus. They cited various lines of research to support this premise, including a study showing that having more day-to-day interactions with other people—even sharing a quick smile with a stranger in a coffee shop—was associated with greater feelings of belonging and subjective well-being.

“We propose three reasons that illustrate the added value of interactions with strangers,” the authors wrote. First, strangers are less likely to know others in your personal network, meaning there’s little risk that they’ll spread sensitive private information. Second, strangers are more likely to be dissimilar to your friends and family, meaning they may present novel and amusing perspectives and experiences. Third, the researchers added, “compared with interactions with family or close friends, interactions with strangers may have the benefit of being more likely to provide opportunities, such as suggestions or advice regarding job opportunities, a chance to learn broader skills, or a starting point for beneficial exchange or extension of one’s social network.”

In concluding, Van Lange and Columbus extolled the benefits of initiating brief interactions with strangers, especially in times of relative isolation, “when one is low on Vitamin S.”

Publications > Observer > Observations > The Uplift of Strangers: More Reasons to Dose Up on “Vitamin S”