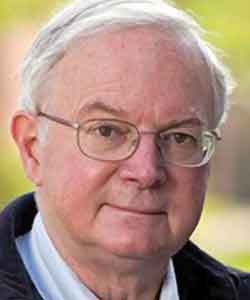 APS Past President John Darley’s contributions to psychological science cover a vast range — from social comparison and attribution processes, expectancy confirmation, deviance and conformity, and stereotyping and prejudice to energy conservation, health psychology, morality and the law, the function of punishment, and the way organizations inadvertently promote evil.

Darley is best known for his innovative theory and research, in collaboration with Bibb Latané, on bystander intervention in emergencies. That research interest largely stemmed from the historic 1964 murder of Kitty Genovese, who was stabbed to death near her home in New York City in the presence of 38 witnesses, none of whom even phoned the police.

Darley’s and Latané’s work is summarized in the classic, award-winning book, The Unresponsive Bystander: Why Doesn’t He Help? The research convinced Darley that more people present at the scene of an emergency could reduce the chances that anyone would help, either due to pluralistic ignorance (the assumption that because no one is helping, everything must be all right) or diffusion of responsibility (a diminished sense of personal responsibility when others are present).
More recently, Darley’s research focused on the intersection of criminal justice and ordinary people’s moral judgments. In work with Paul Robinson, a law professor at the University of Pennsylvania, he criticized the tendency of the criminal justice system to rely entirely on deterrence as the basis for assigning punishment durations to those who commit crimes. They note that the severity of sentences has less effect on crime rates than people expect. Darley’s research has consistently provided an exemplary model, as well as a catalyst, for those wishing to bring theoretically sophisticated analysis of basic psychological processes to bear on important social problems.