Publications > APS Journals > Psychological Science in the Public Interest > Weighing the Costs of Disaster: Consequences, Risks, and Resilience in Individuals, Families, and Communities
Full Text HTML (Available to the Public) 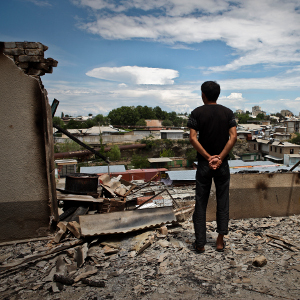 How do people cope in the aftermath of a disaster? A team of leading scientists — George A. Bonanno (Columbia University), Chris R. Brewin (University College London), Krzysztof Kaniasty (Indiana University of Pennsylvania), and Annette M. La Greca (University of Miami) — has reviewed the psychological effects of disasters in order to determine why and how some individuals — according to the research, most individuals — eventually recover while others suffer lasting effects. Their findings about psychological resilience, which have significant implications for treating victims of disasters, are presented in a new report in Psychological Science in the Public Interest, a journal of the Association for Psychological Science.

Individuals affected by disaster may experience a number of psychological problems including PTSD, grief, anxiety, and increased substance abuse, but the evidence shows that less than 30% of adults experience severe, lasting levels of these problems. The majority of people in these instances experience passing distress but return to psychological health. In other words, people tend to be psychologically resilient.

A number of factors influence individual resilience, such as age, personality, and socioeconomic status. For example, older adults tend to overcome disasters with fewer psychological costs than do younger adults. Low socioeconomic status is consistently identified as a predictor of PTSD. The lack of infrastructure in economically underdeveloped areas hampers the ability of emergency response teams to provide aid, and death tolls tend to be larger in poorer nations than in wealthier nations following natural disasters.

How can disaster survivors be helped? The most commonly used psychological intervention immediately following a disaster consists of a single session, known as critical incident stress debriefing (CISD); however, there is not much evidence supporting its effectiveness and multiple studies suggest it may actually be psychologically harmful. Less intrusive forms of immediate psychological aid may be useful, such as psychological first aid (PFA). PFA focuses on providing practical help to survivors and promoting a sense of safety, connectedness, and hope. Research suggests that psychological interventions following disasters may be most effective during short- and long-term recovery periods (1 month to several years after the event), especially when used in combination with screening for at-risk individuals.

Publications > APS Journals > Psychological Science in the Public Interest > Weighing the Costs of Disaster: Consequences, Risks, and Resilience in Individuals, Families, and Communities