Publications > APS Journals > Psychological Science in the Public Interest > Intelligence and Personality as Predictors of Illness and Death: How Researchers in Differential Psychology and Chronic Disease Epidemiology Are Collaborating to Understand and Address Health Inequalities 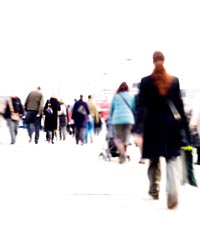 Do smarter people live longer and better? Are certain personality types more prone to premature death than other types? As our population continues to age in dramatic numbers, these questions become increasingly relevant. A new report in Psychological Science in the Public Interest, a journal of the Association for Psychological Science, authored by Ian J. Deary (University of Edinburgh), Alexander Weiss (University of Edinburgh), and G. David Batty (Medical Research Council Social and Public Health Sciences Unit, Glasgow), provides an overview of research on possible associations between intelligence and personality traits and various health outcomes.
Lower scores on intelligence tests have been connected to a greater overall risk of mortality. In terms of specific conditions, there is little evidence that links intelligence to cancer, but low intelligence has been shown to be related to increased risk of hospital admission and death due to cardiovascular disease. Lower intelligence is also associated with a greater incidence of accidents and risk of death by homicide.

These results have important clinical implications, and it may be useful for doctors to take their patients’ personalities into account in determining appropriate treatments. In addition, this information may result in more efficient health-care practices. For example, a patient with lower intelligence who also has a distressed personality type could have his or her cardiovascular health monitored more frequently than a patient with higher intelligence and a more agreeable personality type.

Although studies indicate there may be important connections between intelligence and personality with health outcomes, more research is needed, especially to identify mediators of these relationships. The authors suggest that future studies should focus on identifying and ruling out potential mediators and moderators, because they may be modifiable risk factors. The authors note that experimental studies using animal models may be very valuable: A number of traits can be measured in nonhuman species and controlling factors such as diet and environment may improve understanding of how these traits impact health directly.

Commentary on “Intelligence and Personality as Predictors of Illness and Death” by Deary, Weiss, and Batty
James R. Flynn
Full Text HTML (Available to the Public)

Publications > APS Journals > Psychological Science in the Public Interest > Intelligence and Personality as Predictors of Illness and Death: How Researchers in Differential Psychology and Chronic Disease Epidemiology Are Collaborating to Understand and Address Health Inequalities