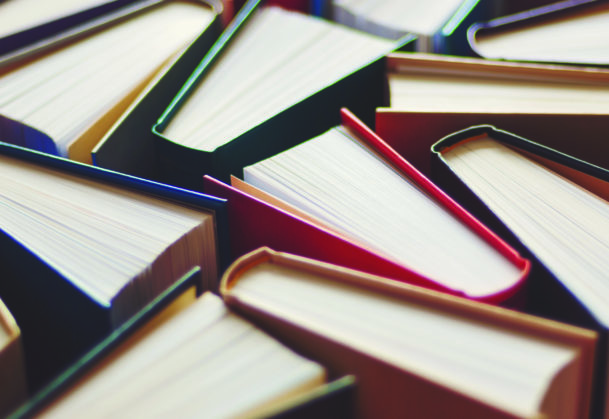 This year marks my 50th anniversary of writing academic books while also pursuing my career as a researcher and professor. Fifteen books later (including new editions), I sat down to capture a few of my experiences that I believe illustrate some key guidelines that all authors may wish to consider when heading into book writing. Although all of my books are associated with cognitive psychology, I believe my experiences are relevant to writing books on any topic.

I began writing my first book, Psychological Processes in Pattern Recognition, in 1971 while a postdoctoral fellow at the University of Sussex in Brighton, England. Many psychologists consider Ulric Neisser’s (1967) classic book, Cognitive Psychology, to be the first book to bring together research and theories about the information-processing approach to psychology. The goal of my book, published in 1973, was to continue that theme through chapters on the representation of patterns, perceptual stages, memory codes, categorization, and response selection. The book appeared in the Academic Press Series in Cognition and Perception. I was fortunate that my graduate school advisors, Mort Friedman and Ed Carterette, were the editors of the series.

Shortly after the book’s publication, I made a critical connection while attending a conference. A young man named Larry Erlbaum congratulated me on the book and informed me that he had served as an editor on it before leaving Academic Press to start his own company. Lawrence Erlbaum Associates went on to become a leading publisher of books on psychology, including my third book, Word Problems: Research and Curriculum Reform.

Similar connections furthered my later success in publishing books. For instance, one of the courses I taught during this period was on cognitive psychology. Few textbooks were available on the topic at the time. I used Neisser’s (1967) Cognitive Psychology, which was very readable but lacked coverage of memory and higher cognitive processes. I therefore began writing a cognition textbook in 1979 as a visiting associate professor at the University of California, Berkeley. The Berkeley faculty were very supportive. The Graduate Group in Science and Mathematics Education provided financial support and loaned me the office of Professor Birge, the retired chairman of the Physics Department, in Birge Hall. Leo Postman encouraged me to use the excellent library at the Institute of Human Learning. George Lakoff read a draft of the first three chapters and explained how metaphors supported cognitive constructs.

Others reported to C. Deborah Laughton that I was writing a textbook. Deborah was a psychology editor at Brooks/Cole and became my guide during the book’s publication. Cognition: Theory and Applications (Reed, 1982) consisted of 14 chapters divided into three parts on information-processing stages, the representation and organization of knowledge, and complex cognitive skills. Its 10th edition is expected to be published next year.

My goal in writing Word Problems: Research and Curriculum Reform (Reed, 1999) was to use word problems as a focus for integrating research and theory in the fields of cognitive psychology, mathematics education, and instructional technology. I had noticed that there was extensive research on word problems by both cognitive psychologists and mathematics educators but a lack of cross-reference between these two fields. As a member of the Center for Research in Mathematics and Science Education at San Diego State University, I was easily able to track the research of my colleagues and others in mathematics education. The book appeared in the Studies in Mathematical Thinking and Learning Series, published by Lawrence Erlbaum Associates.

A cognitive skill that I Iack, however, is the ability to predict the impact of my articles and books. Neither the sales nor the citations for the first edition of Thinking Visually met my high expectations. I was therefore surprised when an editor at Taylor & Francis asked me whether I would be interested in writing a second edition. She informed me that the publisher thought the timing was right for a new edition, which meant a new cover. I have made a number of these decisions over the years, usually by selecting a preference among four covers designed by the publisher. My favorite cover was the first edition of Thinking Visually.

One of the reviewers wrote that the revision itself should be broader to match the colorful cover of the first edition. The criticism was justified, so the second edition covers a wider range of topics, including aesthetics, visual narratives, communication of health risks, dreams, clinical imagery, mathematical games, and the influence of action on perception. It concludes with a chapter on mixed reality to showcase the many exciting developments in this area.

Another helpful assist from my publisher was producing the new edition in full color, which was particularly noteworthy for a book on visual thinking. Both editions include a photo of Frank Lloyd Wright’s magnificent Fallingwater house. You can imagine the contrast between the black-and-white photo in the first edition and the color photo in the second edition.

I also attempted to select some photos that would make readers smile. An opportunity occurred when I summarized a study by Steve Palmer and his colleagues on color preferences (Palmer & Schloss, 2010; Palmer, Schloss, & Sammartino, 2013). Their findings indicated that people like colors that are strongly associated with objects they like and dislike colors that are strongly associated with objects they dislike. The results even applied to social institutions. For undergraduates at the University of California, Berkeley, “school spirit” correlated positively with preference for Berkeley’s blue and gold colors and negatively with preferences for the red and white of archrival Stanford. The inverse pattern occurred for Stanford undergraduates. So what happens on game day when your father is a Cal-Berkeley graduate and your mother is a Stanford fan? If you are diplomatic, you wear a Califord dress. The photo makes me smile, but grandparents are biased, so you will have to judge for yourself.

Needless to say, the goal of most publishers is to sell books. The Internet has had a dramatic impact on book marketing and, in some ways, on author responsibility. Amazon’s “Look Inside” option, for example, enables viewers to browse by seeing portions of a book’s content. I thought I could improve that content for Cognitive Skills You Need for the 21st Century (Reed, 2020s) but discovered that third-party sellers like Amazon use algorithms to generate the content automatically. Publishers, however, can control how much content is available to customers. The default setting for Amazon is 20%, with a permissible range between 10% and 80%. (I defer to my publishers’ marketing departments on these percentages.)

After I completed the manuscript for Cognitive Skills You Need for the 21st Century (Reed, 2020a), my editor at Oxford University Press asked me to write a summary for each of the chapters. I protested that there were 20 chapters, but she informed me that the summaries were required to help Internet searches locate the book.

Relatedly, the marketing department at Oxford encouraged me to contribute to OUPblog, which contains content related to authors’ books, including a link for purchasing the book in a sidebar. (You can read my post, “How to Prepare Students for Jobs in the 21st Century.”)

I do not advise scholars to write books because they wish to become wealthy. Author royalties typically range from 10% to 15% of a publisher’s net income for a book. Textbooks are the most likely books to generate income because they usually generate more sales and cost more than other scholarly books.

Nonetheless, supplemental income from my textbook sales had a positive impact on our family finances when my wife and I were raising a family. We no longer require that, so I donate all of my royalties to academic needs, particularly travel funds for students, so they can present their ideas at conferences. Students are the primary source of royalties, so they should be the primary beneficiaries.

I have referred to these books as my books for simplicity, but this isn’t entirely accurate. Writing a book is a group project, so our books is a more accurate description. The group includes family, friends, acquisition editors, content editors, reviewers, a production team, and a marketing team. It may include contributing authors and coauthors, too.

Contributing authors enhance the content of books, particularly when they possess expertise the author lacks. A recurring theme throughout the various editions of my textbook Cognition: Theory and Applications has been reviewers’ requests for more neuroscience. Paul Merritt joined me as a contributing author on the 10th edition (Reed, 2022) to enhance the neuroscience content.

Paul also brought a new perspective because the majority of students in his cognitive psychology courses at Georgetown and Colorado State University were not psychology majors. I decided to make the new edition more user-friendly to nonmajors by eliminating material that now appeared too complex to me. I also added a section on applications to the end of each chapter. Although the earlier editions of the textbook had discussed both topics, there had been much more emphasis on theory than on applications.

Coauthors also provide added expertise and share the workload. I have never had a coauthor on a book but found them invaluable when writing integrative journal articles (Reed, 2020b). My colleague Tom Carey and I have had many discussions regarding how to encourage innovation by integrating research from cognitive scientists, educators, and organizational specialists. Tom’s current projects include advising on the design of innovation curricula in Oklahoma, Toronto, Vancouver, and Brisbane. We decided to coauthor a book on innovation. It will be a new adventure for both of us, and I like new adventures.

Published in the print edition of the July/August 2021 Observer with the headline “It’s Not Quite a Living.”

Stephen Reed is a professor emeritus at San Diego State University and a visiting scholar at the University of California, San Diego. He writes articles and books that integrate topics in psychology.

“How Do We Learn to Write?” by Cindi May and Michael Scullin; “The Toxic Stress Stew: Adversity + Reactivity + Rumination + Time” by David G. Myers More