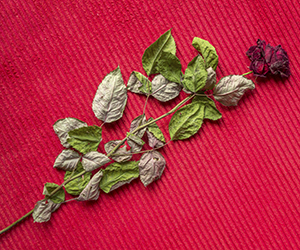 How could kindness and compassion ever clash with the romantic essence of Valentine’s Day? According to a recent study published in Psychological Science, it may be the very desire to spare someone’s feelings that leads us to accept undesirable date requests.

Across two studies, psychological scientists Samantha Joel and Geoff MacDonald of the University of Toronto, Canada, and Rimma Teper of Yale University found evidence that the feelings of a potential romantic partner strongly influence decisions, even when that means choosing a date’s self-interest over one’s own.

Instead of making romantic decisions based purely on our own emotions, Joel, Teper, and MacDonald hypothesized that our prosocial tendencies may compel us to accept advances from clearly incompatible dates to avoid hurting them. In addition, we underestimate how much of a role these prosocial feelings play in our decisions to consider — or not to consider — unsuitable potential partners.

In two studies, Joel and colleagues showed single college students three dating profiles, ostensibly from other people in the study. The participants then picked out their favorite profile.

In one study, the participants were then given additional materials on their selection, including a photo showing that their date was unattractive. In the second study, the added materials revealed that the potential date possessed several of the traits that the participant had marked in a survey as deal breakers, such as incompatible political views or a smoking habit.

Participants were then informed that their chosen date wanted to exchange contact information to arrange a meeting. The students had to decide whether to give their own contact details to the unsuitable prospective date, thereby letting that person know whether or not they were interested in meeting up.

In both studies, half of the students were assigned to a “real-life” condition in which they were told that the people whose profiles they’d seen were currently in the lab and they would have the opportunity to meet in real life; participants in the “hypothetical” condition were told to just imagine whether they’d go out with the potential dates, since they weren’t currently available in the lab.

Importantly, people in the study overestimated their willingness to ditch a bad date. Joel and colleagues found that people were actually swayed to say yes out of concern over hurting the other person’s feelings.

In the real-life condition, when people thought that a real person’s feelings were on the line, they were significantly more likely to say yes to going out with the unsuitable partner than were those who were just imagining how they would respond in the hypothetical scenario.

“People fail to anticipate the extent to which other-focused concerns influence their mate choices. Thus, people are more willing to reject unsuitable potential partners in the abstract than they are in reality,” Joel and colleagues concluded.

These findings suggest that romance seekers may have to overcome the potential pain of inflicting rejection — not just the pain of experiencing it — in order to find their perfect match.

Romantic Matches Are Hard to Predict Before People Meet

Researchers could predict speed daters’ desire and desirability, but not which two people would ‘click.’

Partners who become romantically involved soon after meeting tend to be more similar in physical attractiveness than partners who get together after knowing each other for a while, according to new findings published in Psychological