Economists have long sought to understand how people make decisions, but some of their most remarkable insights have occurred only recently, as they have begun a dialogue with psychological scientists. The fruits of this convergence were on full display during the afternoon-long Choices theme program at the APS 23rd Annual Convention. 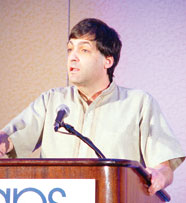 The program began with a lively talk about dishonest decisions by Dan Ariely of Duke University, the popular behavioral economist and author of Predictably Irrational, who is as comfortable dropping jokes as he is delivering research findings. Ariely and his colleagues found that, given the chance most people will cheat just enough to benefit from the opportunity but not enough to feel like a bad person. The “fudge factor,” he calls it.

What sparks Ariely’s interest is how to get people to cheat less. In one test, he and his collaborators asked participants to recall the Ten Commandments just before a situation that tempted them to be dishonest. They found that every single participant played it straight, even though none could recall all 10 moral directives. They even “invented all kinds of new commandments,” said Ariely.

“It’s not so much about God,” he said. “It’s about reminding people of their own morality.” 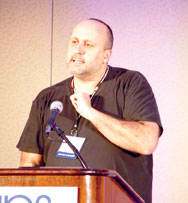 Neuroeconomist Antonio Rangel of the California Institute of Technology followed with a description of his efforts to understand the complete course of neurological activity that occurs when a person makes a decision. To do this, Rangel scanned the brains of people engaged in a very basic choice: apple or orange?

Simple as the decision might seem, it requires complex computations about the value of each item. Rangel found, time and again, that when a person makes such a decision, brain activation increases in an area behind the nose called the medial prefrontal cortex.

Rangel’s practical hope is that the conclusions of his field can inform other lines of behavioral research. He addressed skeptics who feel that predicting behavior based on computational models of the brain may not be possible by saying that so far, through good research, “some of the very early barriers are falling down.” 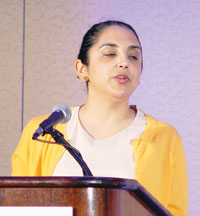 The mistakes people make with respect to value are at the heart of much research done by Sheena Iyengar of Columbia University. Generally speaking, people have three rational principles about value: first, more is better; second, better is more desirable; and third, there is only one “better.” But Iyengar’s work has challenged the validity of these assumptions.

“What I want to argue today is that as we attempt to be rational, we try to apply these principles when we’re trying to make good decisions,” she said. “But so often we misapply these in ways that actually go against our best self-interest.”

In one study, for instance, Iyengar found that people were six times more likely to buy jam when given only six options to choose from, as opposed to two dozen. She has found a similar problem with enrollment rates for retirement plans that offer many options. All of this work suggests that the “more is better” maxim can hinder decision making as it helps. 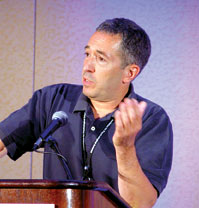 Flawed assumptions can lead our decisions astray, but so too can environmental factors. Eldar Shafir of Princeton University argued that poor people have the ability to make good financial decisions but are often forced into bad ones, such as taking predatory payday loans by the psychological condition of scarcity.

To recreate the conditions of scarcity in the laboratory, Shafir made a group of Princeton undergraduates “time poor” by giving them too little time to answer a series of trivia questions. He then provided the opportunity to borrow time at various rates. In the end, Shafir found that although “time rich” people occasionally borrowed, they had the luxury to refuse bad rates, whereas the “time poor” were so stressed by the situation that they borrowed indiscriminately.

“If you’re in the world of policy, this is quite satisfying, because there’s a lot of critique of the American poor as being myopic and unplanning and insensitive,” he said. “I’m getting Princeton sophisticates to do the exact same thing on time.” 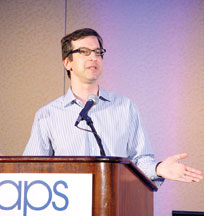 Unfortunately the policy world includes the voices of too few psychologists, said the program’s discussant, David Laibson of Harvard. Laibson lamented that behavioral policies are overwhelmingly driven by economists and identified three things psychologists can do to increase their policy presence.

He urged psychologists to perform more field work so their results can generalize to a wider population; to report not just statistical significance but also effect sizes, which are critical to policy discussions because they inform cost-benefit analyses; and to engage in more systemic thinking, such as considering the unintended consequences of their results.

“We’d all be better off if psychologists were much more present in Washington, and I greatly regret that when I think about the people advising the government, there seems to be a monopoly of economists,” Laibson said. “I’m counting on all of you to reverse that in the next decade or two.”

Extremely interested in the economic notions that “more is better and its cousin, “the rational man”. I have read several articles extending from Dewey to Veblen. Currently,I am writing a paper which addresses these axiom and are in need of serious papers in order to present a more thorough and comprehensive paper.
respecfully,
Tony