25 Throughout 2015, the Observer is commemorating the silver anniversary of APS’s flagship journal. Among the reports in the first issue of Psychological Science, released in January 1990, was an article titled “Mother Nature’s Bag of Tricks Is Small” by the late Duke University psychological scientist Gregory A. Kimble. In the article, Kimble argued that, like biology and physics, psychology holds fundamental principles that cut across its various specialties. In the following essay, APS Fellow Dean Keith Simonton, University of California, Davis, reflects on Kimble’s vision of unity within psychological science. 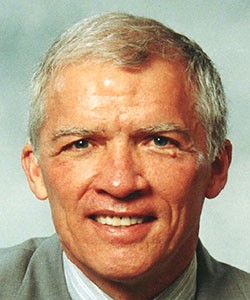 The irony is that during the very period in which Kimble intensified his integration endeavors, psychology began to disintegrate as a discipline as tensions between the scientists and the practitioners escalated. Moreover, he had only shortly before published survey results documenting the wide chasm separating the scientists and the practitioners (experimental psychologists and psychotherapists, more specifically). The two groups had contrasting beliefs about such divisive issues as scientific versus human values, determinism versus indeterminism, objectivism versus intuitionism, laboratory investigations versus field studies, nomothetic versus idiographic explanations, and elementism versus holism (cf. Simonton, 2000). Needless to say, the scientists stressed the first position of each bipolar dimension. And so did Kimble, along with many other psychologists who joined APS.

Hence, Kimble’s goal was to unify psychology as a psychological science. Where his 1989 article had concentrated on methodological issues, the 1990 Psychological Science article focused on substantive questions. In particular, because “Mother Nature’s Bag of Tricks Is Small,” as the title states, psychological science can be based on fundamental principles found in biology and physics. Indeed, Kimble begins the paper by discussing Isaac Newton’s first two laws of motion, showing how these lead to the psychological distinction between potential and performance. From there, he advances to a “threshold model of potential–instigation interaction” applicable to a wide range of psychological phenomena including the absolute threshold in psychophysics, the diathesis–stress model of psychopathology, learning in education, and the perception of racial bias. Kimble then turns to the “opponent-process function” connected to Newton’s third law of motion. This “trick” also has numerous psychological manifestations, from basic brain functioning to personality and psychopathology. After a brief discussion of “adaptation versus coping,” the author concludes with a treatment of “continuities in science.” Once more, Kimble argues for a Newtonian psychological science, devising some basic principles that Newton might have affirmed had he been a psychologist rather than a physicist.

By now it should be evident that Kimble’s proposed unification of psychology was heavily reductionist. Reductionism by itself is not a bad thing, but what makes the reductionism in this paper so conspicuous is its ambitious magnitude. According to empirical research on Auguste Comte’s hierarchy of the sciences, at least two disciplines stand between psychology and physics — namely, chemistry and biology (Fanelli & Glänzel, 2013; Simonton, 2004). For many psychologists, therefore, reductionism is more likely to nudge psychological science closer to biology, not physics. That is, some believe our discipline’s unification might best be achieved by tightening the connections with the neurosciences, genetics, and evolutionary theory (e.g., cognitive neuroscience, behavioral genetics, and evolutionary psychology). It is safe to conjecture that not since Clark L. Hull in the mid-20th century has any major psychologist received direct inspiration from Newton’s Principia Mathematica. I know of no other attempts at unification as extreme as Kimble’s (cf. Staats, 1996). Moreover, some psychologists have argued that any successful unification must incorporate linkages from disciplines on the other side of the hierarchy, such as economics, anthropology, and other social sciences (e.g., Henriques, 2011). Human psychology has roots in both biological conditions and the sociocultural context.

Now that a quarter century has transpired since Kimble’s 1990 article, I think most APS members can decide for themselves whether his physics-based unification has proved successful. 

Simonton, D. K. (2004). Psychology’s status as a scientific discipline: Its empirical placement within an implicit hierarchy of the sciences. Review of General Psychology, 8, 59–67.

Your reference to Comte’s philosophy of science leaves out one more crucial level between physics and psychology – culture. All human beings are raised in a culture, and culture plays a significant role in such basic human functions as cognition. Until culture is integrated into all subdisciplines of psychology the picture will necessarily remain incomplete, no matter how sophisticated our brain imaging technology becomes.

Culture was not left out but put at the other end of the hierarchy. If the hierarchy represents an ordering according to the complexity of the phenomena, psychology stands between biology and the social sciences, including cultural anthropology, sociology, economics, and political science. See Henriques, too. By the way, I have an article coming out in RGP that provides further empirical evidence that psychology is positioned right between the natural and social sciences (including culture).

Dean Keith Simonton is an APS Fellow and Distinguished Professor of Psychology at the University of California, Davis. His research program includes the cognitive, developmental, differential, and social foundations of genius, creativity, and leadership — with much recent interest focused on the psychology of psychological science. He can be contacted at dksimonton@ucdavis.edu.