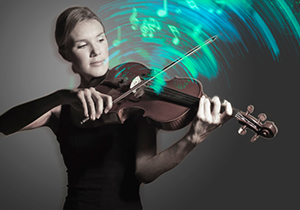 What do undergraduates think about how creative ability develops? It seems like a simple question, but it led to a sea change in my own scientific outlook. It also embodies an important example of the positive feedback loop that can exist between the laboratory and the classroom. For 4 years I taught an undergraduate seminar on creativity and problem solving at the University of Delaware. The entire semester was arranged to support a final project conducted by each student: a case study of creativity. This was not simply a biographical case-study project, but rather a chance for students to explore the validity of the variety of theories from creativity research. I engaged students in lively discussion of the psychology of problem solving and creativity, embracing all of the complexity, controversy, and debate that surround psychological research on the matter (for a review see Kozbelt, Beghetto, & Runco, 2010). Students were then instructed to compile — from cases they selected — evidence for and against any theory or theories discussed throughout the semester.

The assignment itself was borrowed from a graduate course taught by my graduate advisor and mentor Robert Weisberg, a pioneer in the cognitive analysis of creativity using quantitative case studies (e.g., Weisberg, 1993, 2006). Quantitative case studies combine narrative case histories with quantitative data gleaned from examination of creative products (Weisberg, 2011; Weisberg & Hass, 2007). As my teaching load left little time for laboratory research, I designed the assignment to serve a dual purpose: educate my students and enrich my own understanding of the creative process. The course ran for seven consecutive semesters, with an average enrollment of 25–30 students a semester. This gave me the opportunity to informally test an effect that my advisor and I had both observed as governing the professional development of creators across a number of domains. The effect is sometimes referred to as the “10-year rule” (Chase & Simon, 1973; Ericsson, Nandagopal, & Roring, 2009), and applied to creative careers shows that creative success is often preceded by a long period of struggle, effort, training, and even failure (Hass, Weisberg, & Choi, 2010; Weisberg, 2006).

One problem that plagues creativity studies is the difficulty of simulating the complex influences that give rise to creativity in the laboratory. Instead, researchers may focus on examples of real-world creators and evaluate the evidence for and against internal and external influences on creative behavior. Though the approach can be criticized for lacking the objective rigor of traditional laboratory studies, it is very well suited for a classroom assignment. As students emerge from undergraduate programs, they face a job market that demands more creative thinking skills than were required of previous generations (Kim, 2011). Thus, the assignment had a dual purpose: (1) to apply what was learned throughout the semester to a real-world case of creative success, and (2) to give students an opportunity to explore the ups and downs of creative success as a potential roadmap for navigating their own career development.

What emerged over the next 3 years was astonishing. As I helped students investigate the biographies of talented individuals, case after case revealed the same pattern: initial failure or lack of success followed by years of toil leading to peaks in creative success. However, when students were asked to explain the reason for such a pattern, they tended to emphasize motivational causes rather than learning. That is, most students agreed that in order for a person to become successful in a creative domain, they required a special kind of motivation which might act as a kind of immunity to failure.

My astonishment was tied to the fact that a similar phenomenon has been described in the social-motivational literature on intellectual ability (Dweck, 1986). In explaining individual differences in intellectual performance, Dweck described how students’ beliefs about the nature of their intelligence (as a fixed or malleable entity) influenced their goal orientation. These beliefs are called implicit theories and have been studied extensively in relationship to intelligence (Dupeyrat & Mariné, 2005; Grant & Dweck, 2003; Paulhus, Wehr, Harms, & Strasser, 2002). A person who holds the belief that intelligence is fixed tends to set so-called “performance goals” for him- or herself. In this way, the person strives to avoid the negative perceptions from peers that failure can bring. However, a person who holds the belief that intelligence is malleable tends to set “learning goals”: goals that emphasize strengthening competence for the sake of self-improvement. Could the same implicit phenomena be guiding successful creators toward learning goals rather than performance goals?

There are two ways to answer such a question: (1) taking as evidence the details of the various cases examined by students, and (2) laboratory investigations of the effect of implicit theories of creativity on creative performance in laypersons. The case studies presented by my students showed that successful creators are those who persevere in the face of failure and along the way rack up thousands of hours of intense practice honing the skills necessary for success in their domains.

One example is that of Tim Burton, the writer and director of several successful Hollywood blockbusters. Burton began his career in the late 1970s as an animator for the Walt Disney Company, which continually turned down his creative ideas. Unhappy, Burton struck out on his own, finally achieving a string of successes directing Pee-Wee’s Big Adventure (1985), Beetlejuice (1988), and Edward Scissorhands (1990), all of which featured animation scenes for which Burton would become known. Somewhat ironically, his 2012 film Frankenweenie brought him back to his former employer, Disney. Burton’s case is similar to the experiences of several other creators including J.K. Rowling and Cole Porter, who both persevered through years of discouragement. Rowling actually required government assistance to feed herself while being turned down by publisher after publisher, each of which failed to see the value in her Harry Potter storylines.

It is also notable that these creative individuals showed early signs of high ability. Though high ability alone is not sufficient for creative achievement, it seems to play an important role, along with deliberate practice, in many performance domains like music (Macnamara, Hambrick, & Oswald, 2014). Cole Porter provides a good example of the interaction between early ability and deliberate practice. Porter was raised in a musical family and earned a degree in musical composition from Yale (Kimball, 1992). He began composing songs in his early teens, and many of the tunes he penned at Yale are still performed at school events. Yet this seemingly innate ability did not translate into immediate Broadway success. Porter’s first Broadway show (See American First, 1916) was a financial disaster, and he spent the next few years in Paris contemplating his career. His fellow composers urged him to return to Broadway, and he achieved peak success between 1934 and 1948. Thus, Porter’s musical ability alone cannot account for his pattern of success.

My current position allows more time for traditional research, and my lab is now exploring the connection between motivation and perseverance in depth. One observation that emerged from my seminar experience was that students often viewed themselves as very different from the people they studied. They also viewed different domains, such as science and art, as requiring slightly different traits.

In order to scientifically examine these effects, I asked participants in a recent study (Hass, 2013) to imagine a creative product of their choice from one of six domains: art, music, science, technology, design, and literature. Participants then rated a series of trait statements according to how well the descriptions fit the behaviors of the person who created their imagined exemplar. The results showed that the imagined creators of exemplars drawn from music and art were expected to embody nonconformist traits more than the inventors of exemplars drawn from science, who were expected to embody more intellectual traits. A follow-up study (Hass & Burke, submitted for publication) revealed that when people reflect on their own creativity, they rate their own creativity-related traits modestly, especially compared with the ratings of people who are asked to reflect on the abilities of a high-impact creative exemplar. For example, when people were asked to imagine a technological gadget (e.g., an iPad) and then rate the creativity of the person(s) who created the gadget, their ratings of fitness of a set of creative traits were much higher than the ratings drawn from people who were asked to imagine that they created such a gadget. This suggests that participants may believe that creativity is a fixed ability that they lack.

However, there was one creative dimension that participants believed they embodied to a greater degree than creative professionals did: drive for accomplishment. This was a paradoxical finding in light of the case-study evidence suggesting that creative success necessitates a drive toward accomplishment. One interpretation is that laypeople tend to view the accomplishments of others as requiring less work than the amount of work they themselves would need to put in to attain an equal level of accomplishment. While more data is being collected to verify this explanation, it seems intuitive that this reflects a fixed or “entity theory” of creativity— a belief that the creators of the iPad are endowed with a creative prowess that is beyond the student’s own own capacity (cf., Dweck, 1986 for entity theory and intelligence). Thus, an undergraduate without such a creative advantage would have to work much harder to attain the same level of success.

This understanding of how students’ own beliefs about creativity may be limiting their potential has been pivotal for me. The work that led me to this conclusion has several important implications for a domain like creativity research, in which sociocultural forces can sometimes blur the scientific lens. First, by listening to the views of my students, I saw a new avenue for research that my initial entrenchment in cognitive psychology had blocked. Second, though not an experimental method, case-study methodology has value, especially when the object of explanation involves exceptional cases of success and ability. Third, and most importantly, the implicit theories of creativity that undergraduates hold may be undermining their creative abilities. However, if, in early childhood, there is a push toward engagement in creative activity, and education about the actual path that creators take toward success, we may be able help young people grow to believe that their creativity is malleable, too.

Interesting, and I believe you learn more from your mistakes, than you do your failures. Perseverance is key to success.

Richard W. Hass is a visiting assistant professor at Rowan University where his research focuses creative cognition and the development of creativity. He can be contacted at hass@rowan.edu.