To say that Sarah Williams Goldhagen is a prolific writer on architecture and urban design would be an understatement. Similarly, to say that Sarah Williams Goldhagen is a passionate advocate of human-centered design would be an understatement. But there you have it, and if you are inspired, you have much to explore, beginning with her 2017 book, Welcome to Your World: How the Built Environment Shapes our Lives, which was indeed welcomed by the world with rave reviews. Her perspective on architecture and urban design is deeply affected by her extensive knowledge of psychology, from end to end. She argues forcefully that the built world affects every aspect of our well-being and social interactions. Goldhagen is also a frequent speaker and contributor to many magazines and papers. She was for many years the architecture critic for The New Republic and taught for many years at Harvard’s Graduate School of Design. 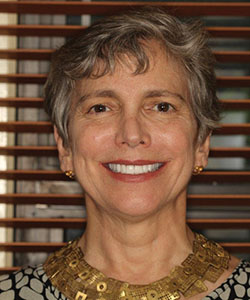 Psychological science commands an impressive amount of real estate in the empirical landscape. Land parcel by parcel, teams of researchers seed and nourish their singular contributions. Their combined work helps to cultivate new insights into the human condition, along with actionable knowledge which clinicians, policy-makers, and corporate executives draw upon in the hopes of nudging their corner of the earth a tiny bit further toward better understanding, or perhaps a tiny bit higher on the Happiness Index.

How architecture and urban design figure into this ferment might seem more than a bit . . . well, secondary. Yet consider a fistful of recent findings. Feelings of awe, whether in buildings or in landscapes, promote prosocial emotions and cognitions by diminishing our estimation of our own self-importance while buttressing our sense of commonality with others.1 Whether our suffering originates in psychic injuries or surgical procedures, healing advances much more quickly when patients enjoy views of pastoral landscapes, whether they are whitened by snow or greened by the ample light and increased warmth of summer. Easy access to well-designed, high-quality natural spaces also supports longevity in the elderly and fortifies emotional regulation and attentional control in the young. The
government bureaucracy or private company looking to boost work productivity and employee retention while simultaneously decreasing absenteeism and presenteeism — huge annual cost drains to any employer — might consider jettisoning weekly community-building parties or other team-building events, and investing instead in the work environment, improving the HVAC (heating, ventilation, and air conditioning) system, reconfiguring interior spaces to admit more natural light, and configuring rooms and corridors to nurture sociability. And whatever the workplace setting, managers should demand office environments that encourage employees to personalize their workspace, because place attachment substantially nurtures well-being and demonstrably enhances job satisfaction.

These and other such findings, taken in aggregate, are shifting how scientists assess the physical context’s centrality to how humans think, act, and interact with one another. Roger Barker, one of the founders of environmental psychology, published findings from the early 1950s to the mid-1970s demonstrating that, when it comes to predicting human behavior, physical and social context matter more than an individual’s internal world. But among psychological scientists, behaviorism ruled supreme until the 1980s, and many regarded even the notion of a recursive mind-body feedback loop with skepticism. The importance of the role of the design of our physical surroundings to human health, well-being, and development (cognitive, emotional, and social) remained at best a fringe pursuit.

Oddly enough, this orientation was eventually upended by computer scientists’ drive to develop artificial intelligence so that computers could be trained to learn. Teaching a computer to “think” in the way that a human does was proving far more difficult than they expected. Algorithms based on logic alone didn’t work. Then cognitive scientists figured out a major reason why, which is that computers don’t live in human bodies or think with embodied, human minds. Thus cognitive science and its younger stepsister, cognitive neuroscience, were born, the first in the 1960s, the second by the 1990s. Fast forward to the present, and we find a subterranean revolution of sorts rumbling. Superseding the widely-accepted Mind-Body connection is a new paradigm: it’s the Mind-Body-Environment connection to which we must attend.

For most people, most of the time, the environments people inhabit have been deliberately constructed. They are built environments. That means everything about them came about by decisions and choices made by deliberation or by default. And this fact of modern life bears clear implications, because every decision made about the built environment — whether a playground, a park, a bridge, a street, a residential housing project or suburban development, an office building — could have been, and could be made otherwise.

Built environments, their atmosphere and their constructed details, seep into psychology’s domain in fundamental, if overlooked, ways. For example, in contemporary culture, identity is a fraught and commonly discussed subject. Psychologists have long recognized the centrality of autobiographical memories to the construction of a coherent self (or succession of selves). Now, cognitive neuroscientists have demonstrated that such memories are neurologically consolidated in the hippocampus, which is the part of the brain that also largely manages spatial navigation. It’s likely, then, that every autobiographical memory is in some way bound up with the physical context in which it was first encoded and continues to contain a meaningful sliver of place.

Stress constitutes another frequently-investigated domain of psychological science. While a moderate amount of stress might facilitate positive emotions and behavior, too much of it harms people in dozens of ways. Recognized stress triggers include interpersonal conflict, a catastrophic personal event, and internal ruminations. How many people know that stress levels rise markedly when a person moves through a streetscape that is cognitively understimulating or downright ugly, though? That buildings composed of sharp angles will stimulate its users’ sympathetic nervous systems, while curved contours stimulate the parasympathetic system? Who knew that children perform better on IQ tests taken in rooms with high ceilings, or that they learn substantially better when the classrooms in which they learn contain six identifiable factors of good design?

The emerging Mind-Body-Environment paradigm has far-reaching implications. We are only at the beginning of this revolution, and much needs to happen before people as individuals, policy-makers, designers, and clients accord to the built environment a value commensurate with its impact, positive and negative, on people’s emotions, cognitions, performance, and physical and mental health. General education on the importance of high-quality physical environments to a wide range of human factors should start before college (in Europe, this happens under the guise of teaching young students about the importance of their heritage, which is physically embodied and spatially dispersed). Designers of all sorts – architects, landscape architects, civil engineers, urban designers – should receive training in at least the basics of environmental psychology and allied disciplines, which currently is quite rare. Private sector players and policy makers need to understand that the calculus is changing, and investing in Human Centered Design constitutes not a luxury, but a necessity.

Here and there, research in cognitive science, cognitive neuroscience, ecological psychology, and environmental psychology continues to investigate how built environments shape and affect people’s lives. Organizations such as the Environmental Design Research Association (EDRA), the Academy of Neuroscience for Architecture (ANFA), and the Conscious Cities Festival in London provide platforms for this research. The avant garde of the profession is debating names. Evidence-Based Design? Science-Based Design? Neuroarchitecture? Biophilic Design? Or simply, Human Centered Design? Whatever it’s called, laboratories such as the Centric Lab at University College London, the WELL Living Lab at the Mayo Clinic in Rochester, Minnesota, and the Urban Realities Lab at the University of Waterloo in Canada are up and running. More will surely follow.

Sometimes, revolutions do happen, and the fruitful, thought-provoking intersection of cognitive neuroscience and psychological science with built environmental design just may produce one.

Hi , i AM A Certified nutritionist but also a student of the natural and what is happening to life on this planet. I am writing about how enviroment influences the behavior, mind , body, and heart. Ithought this was a very intringing piece of art. I am writing a blog for my clients how enviorment effects them. not so much in depth like your post but i want to bring awarness so they understand. Thank you i will try and buy the book to get a deeper understanding. Again this was very cool post.