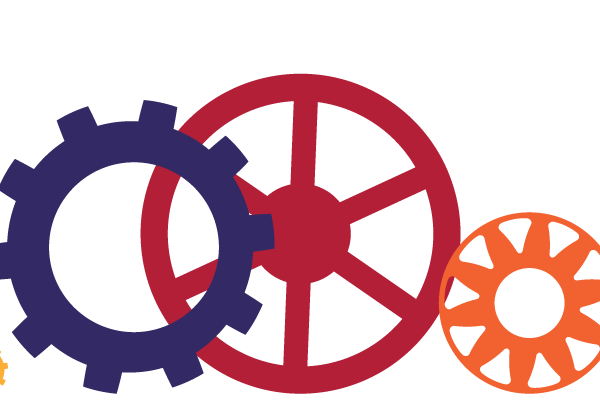 In 1995, psychological scientists Betty Hart and Todd R. Risley made a splash with their influential book Meaningful Differences in the Everyday Experience of Young American Children, in which they estimated that by age 4, poor children heard 32 million fewer words than wealthy children did. Furthermore, they argued that the number of words children hear early in life predicts later academic outcomes, potentially contributing to socioeconomic educational disparities. Interventions encouraging low-income parents to talk to their children gained traction even at the highest levels of US government. The Obama administration, for example, launched a campaign to raise awareness about the “30-million word gap.”

Twenty-three years after Hart and Risley’s book appeared, however, Douglas E. Sperry (Saint Mary-of-the-Woods College), Linda L. Sperry (Indiana State University), and Peggy J Miller (University of Illinois at Urbana-Champaign) published analyses of five studies that called in question the existence and magnitude of a “word gap”. Using Hart and Risley’s measurement of words spoken to a child by a primary caregiver, Sperry and colleagues found inconsistent support for a word gap among a more diverse sample of wealthy and poor families.

This publication incited widespread debate. Some critiqued Sperry and colleagues’ measurement and conclusions, while others focused on the initial study’s limitations. Many suggested Hart and Risley conflated race and social class, as a majority of the poor families were Black while a majority of the wealthy families were White. Others questioned their methodology, speculating that the anxiety of being observed by educated White researchers could cause poor Black parents to speak less to their children than they normally would. Others argued Hart and Risley’s narrow focus on words spoken by a primary caregiver to a child reflected White, middle-class cultural norms. Children in other cultural contexts hear a great deal of language from other caregivers (e.g., siblings, extended family) and their ambient environments, but Hart and Risley excluded this language. Thus, in cultural contexts in which extended family plays a large role in child rearing, focusing on the primary caregiver’s language may result in an incomplete representation of the richness of a child’s linguistic environment. In fact, using more expansive measurements of words children heard at home, Sperry and colleagues found that children in some lower-income communities heard more words than wealthy children did.

While psychological scientists surely have something to learn from both iterations of the “word gap” study, we have equally as much to learn from the debate itself. The criticisms raised illustrate a problem that we suggest results from a lack of interpretive power in psychological science. Interpretive power refers to the ability to understand individuals’ experiences and behaviors in relation to their cultural contexts. It requires understanding that cognition, motivation, emotion, and behavior are shaped by individuals’ cultural values and norms. The same behavior takes on different meanings in diverse cultural contexts, and different cultural contexts promote divergent normative responses to the same event.

To accurately understand human behavior, psychological scientists must understand the cultural context in which the behavior occurs and measure the behavior in culturally relevant ways. When they lack this interpretive power, they risk drawing inaccurate conclusions about psychological processes and thus building incomplete or misguided theories.

Failures of interpretive power take many forms, including:

To build stronger theories, psychological scientists can leverage interpretive power. The burden rests not just on individual researchers, but on the field as a whole to implement practices that attend to cultural influences. Using the culture cycle framework, we describe changes at four key levels of psychological science — ideas, institutions, interactions, and individuals — that can help the field build interpretive power 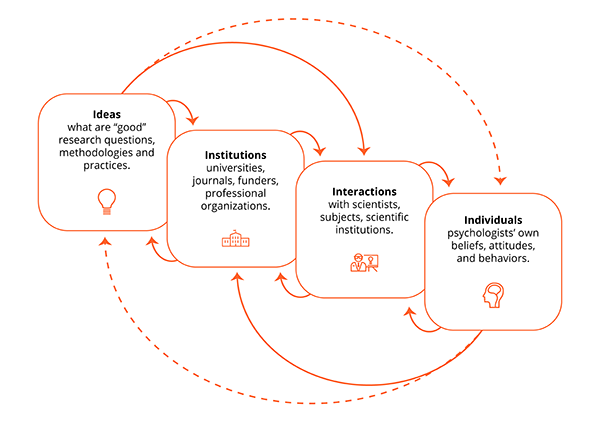 One of the key problems underlying psychology’s lack of interpretive power is the fact that a majority of research is conducted by people from WEIRD (Western, Educated, Industrialized, Rich, Democratic) contexts and relies on WEIRD samples. Developing interpretive power involves recognizing that many psychological theories describe human behavior in these particular cultural contexts, and that we know less about processes in non-WEIRD contexts. We must embrace the idea that culture shapes human experiences and reject the notion that any one group or context represents “normative” human functioning.

Scientific institutions (e.g., journals, universities, professional organizations) can play a powerful role in promoting attention to culture. For example, journals can showcase research with non-WEIRD samples to communicate the possibilities and importance of conducting research with diverse populations. Journals can also encourage greater transparency regarding studies’ cultural limitations by requiring researchers to specify the cultural contexts from which they recruited subjects and to which they expect findings to generalize. Critically, generalizability should not determine whether research is published. Studies that include small, difficult to recruit, or culturally specific samples should be considered potentially informative so long as they use sound methodologies.

Given that research with non-WEIRD populations is often more expensive and time consuming than research with WEIRD samples, institutions also have a responsibility to support and incentivize non-WEIRD research. Universities can account for the time, expense, and potential impact of non-WEIRD research when making tenure decisions, and professional organizations can create competitive awards to support this work. Perhaps most critically, universities can recruit psychological scientists from diverse backgrounds to join and lead departments.

Cross-cultural interactions also provide an avenue for increasing interpretive power. Both psychological institutions and individual scientists can build trusting, mutually beneficial relationships with diverse communities, many of which the field has historically mistreated, misunderstood, or ignored. In building these relationships, psychological scientists can work to reserve judgment and design research to address the communities’ concerns and needs.

In psychological science, hypothesis testing is the gold standard, yet many of our research designs are developed by and tested among people from WEIRD cultural contexts. Furthermore, a priori hypotheses often stem from researchers’ own experiences and thus often regard WEIRD processes. Embracing hypothesis generating methodologies can reduce WEIRD bias in research design. Ethnographic observations, focus groups, case studies, content analyses, and archival analyses all provide means of gaining insight about non-WEIRD cultural contexts that can inspire further experimental work. Leveraging interpretive power in research design means placing greater value on such methodologies.

To a great extent, scientific institutions serve as gatekeepers of “high-quality” research design. Journals, for instance, dictate which methodologies are acceptable for publication, with the most prestigious journals valuing — or even requiring —hypothesis testing. Because WEIRD samples are often most feasible for these designs, non-WEIRD populations and processes remain underrepresented in high-impact journals. To build interpretive power, journals can make space for a wider range of methodologies. They can recognize that, given the dearth of non-WEIRD research, exploratory work is often most helpful in advancing understanding of these cultural contexts. Journals can also make space for non-WEIRD findings that diverge from previous research with WEIRD populations. These findings can be considered not as “failures to replicate”, but as information about how psychological processes might differ cross-culturally.

Interactions with experts inside and outside of the field can also expand psychological scientists’ methodological repertoires and lead to more culture-conscious research design. Disciplines that use information-rich methodologies provide examples of how to thoroughly document qualitative and quantitative non-experimental findings. By drawing inspiration from research that probes different levels of society and uses diverse means of gathering and integrating data, we will find more generative methodologies to build interpretive power in our own field.

Finally, just as psychological scientists conduct a priori statistical power analyses, they can also conduct a priori interpretive power analyses. They can examine whether their methodology has been tested with non-WEIRD populations and learn about the cultural influences likely to shape the processes they study. Simultaneously, researchers can reflect on how their own cultural values and assumptions shape their empirical approach. Many fields encourage positionality statements, wherein researchers describe their own experiences in relation to their subject. This practice can help psychological scientists identify how cultural biases or misunderstandings might enter their research.

Many of the statistical analyses psychological scientists use to test hypotheses treat unexplained variance as noise. Some of these variations reflect divergent cultural processes, but they are often averaged out by the majority or dismissed as outliers. Psychological researchers can commit to supplementing these analyses with practices that better illustrate variations and provide opportunities to explore potential cultural influences.

Journals can encourage psychological scientists to explore and report cultural variations. Journals can also encourage researchers to use online supplements to identify outliers and report information that may explain their variation.

Increased cross-lab communication also provides opportunities for better understanding cultural variation. Although any given dataset may include only a handful of participants from a particular culture, researchers exploring similar phenomena can pool data to create larger, more diverse samples for testing hypotheses about how and why psychological phenomena manifest differently across cultures.

Finally, psychological scientists can make a concerted effort to explore variation in their own data. Scatterplots, histograms, and spaghetti plots, for example, illustrate the diversity of effects across subjects. Rather than focusing on average effects, researchers can examine the percentage of participants for whom the hypothesized effect occurred and the percentage for which no effect or an opposite effect occurred. These small changes can elucidate cultural variation.

Debates over “failed replications” such as the “30-million word gap” research can leave psychological scientists feeling anxious and unmotivated. However, they also point to the truth that our science has room for improvement, and they offer important critiques that can help our field grow. By leveraging interpretive power to understand a diversity of human experiences, psychology can build stronger theories and a more comprehensive understanding of human behavior. Perhaps more importantly, we will be better positioned to contribute our expertise to alleviate problems facing communities across the globe.

I applaud the authors efforts but they missed step 1: make an anthropologist a part of your research team. We’ve been studying these things and theorizing them for over 100 years. There’s even a subfield of psychological anthropology!

Laura Brady, Stephanie Fryberg, and APS Fellow Yuichi Shioda are all research scientists at the University of Washington. They can be reached by contacting laurab33@uw.edu.

The case to “flatten the curve” is bolstered by new data showing a connection between social openness and the initial rapid spread of COVID-19. More