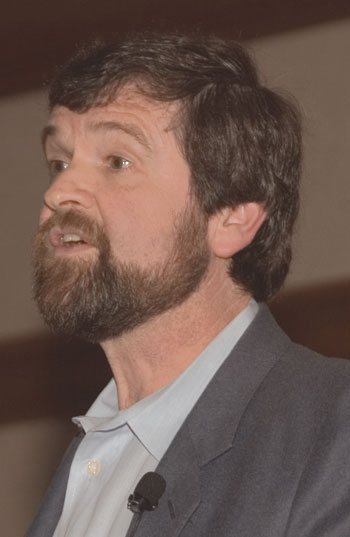 While psychological scientists in the United States were busily preparing or recycling grant proposals for submission to the National Institutes of Health (NIH) and the National Science Foundation (NSF) under the American Recovery and Reinstatement Act (ARRA), British academics, including psychologists, have been focused on the RAE, the REF, and the “fee cap.” The acronyms may be unfamiliar to North American academics, but the underlying concern — money — will sound very familiar, especially as we all face a worldwide economic mess.

The Research Assessment Exercise (RAE) was initiated in 1992 to assess the quality of research in British universities, and the stakes were high: Discipline-based panels graded the quality of research conducted in each university, and these grades determined the amount of support flowing to the universities from both the central government as well as from the Scottish and Welsh Executives. Successive rounds of the RAE (1992, 1996, and 2001) prompted universities to invest in research-active staff while easing less active colleagues out; the overall effect was clearly beneficial, because it broadened and deepened the quality and impact of British researchers and steered government support relatively efficiently and transparently to institutions where it was most likely to have value and impact. By the time of the 2001 RAE exercise, however, scholars and institutions had learned how to game the system, and so the government (through the Higher Education Funding Council for England, or HEFCE) announced that the 2008 exercise would be the last of its kind.

Gaming the system is not the biggest problem facing the academy. Two factors are more important: Increases in the number of institutions conducting high quality research have not been accompanied by commensurate increases in the size of the financial pie; and the costs of preparing and evaluating an increasing number of submissions have become overwhelming. Nor was the government satisfied to allow peer review to dictate the outcomes: In addition to differential formulae for STEM (Science, Technology, Engineering, and Medicine) subjects, it tweaked the rewards associated with high performance in some areas and made adjustments to bail out institutions hit especially hard by these interventions.

In place of the RAE, HEFCE proposed replacing the cumbersome and costly (in terms of time and money) procedures of the 2008 exercise with a “light-touch” Research Excellence Framework (REF). Instead of peer reviewing each researcher’s selected outputs (book or articles), HEFCE proposed that panels should make extensive use of metrics, possibly including Research Council appraisals of grant application and bibliometric assessments of research impact. Of course, bibliometric indices provide a rather coarse measure of impact that is quite easily gamed and would require careful scaling to permit comparisons between, say, research fields in which citation impact is often quick and short-lived, and those in which major papers or books continue to be cited years after publication, as well as between disciplines in which citation rates for “important contributions” differ by orders of magnitude. Further, many disciplines do not view citation rates as useful measures of quality, and in the face of a barrage of criticism, HEFCE scaled back into proposals, agreeing instead that review panels might use bibliometric data if they chose, but that peer review would remain central. It is increasingly apparent that the REF will not involve a light touch exercise!

But the crucial reality is that none of the proposed changes for the REF address in any way the fundamental problem: There is not enough money available to support high quality research at all of the 159 higher education institutions that made submissions to RAE 2008. The desire to support them all is increasingly harming the international competitiveness of the so-called Russell Group Universities, essentially the 20 universities whose names American researchers are likely to recognize. Even though Oxford and Cambridge got more money out of the 2008 exercise than any other universities, the returns were clearly not as generous as these Universities would like. Given the economic circumstances, it’s hard to imagine substantially more money being distributed in three or four years’ time, when the REF should start to dictate funding. Like other major universities, “Oxbridge” will have to work harder just to avoid falling further behind.

Unlike many American universities, British institutions, including Cambridge (which recently celebrated its 800th birthday) do not have large endowments. Instead, they are supported primarily by the government via three funding streams, one for research infrastructure (the RAE, REF), one for specific research (via competitive applications to one of the seven research councils and a few private charities like the Wellcome Trust and Nuffield Foundation), and one for teaching via the Quality Assurance Agency or QAA (largely a per capita payment). Although the Labour government in power since 1997 has sought to increase the number of youngsters who go to university, it has also (rather paradoxically) been associated with the initiation of university fees, replacing a system in which all students paid no fees and received maintenance grants to cover other living expenses. To limit the outrage caused by the imposition of student fees, the government capped them at an index-linked £3,000 per annum, but in 2009, they launched a commission to review the merits of the cap, and report (after the upcoming May election) whether or not it should be lifted and, if so, by how much. Hence the big questions: Will the fee cap be raised, and, if so, by how much?

The RAE/REF, QAA, and student fee revenue streams do not begin to cover the costs of educating students, especially at older universities like mine, with a tradition of frequent one- or two-on-one tutorials for undergraduates, and a complicated collegiate arrangement in which 31 colleges co-exist warily alongside the university. Cambridge (and Oxford) desperately need to raise fees; these institutions reportedly lose more than £7000 per student per year and, as I mentioned, there is no endowment income to pick up the slack. Of course, no one knows what freedom universities will have to set fees in the future. Interestingly, fees for post-graduate students are not capped, and some universities have been surprised to find that raising fees has perversely increased demand; perhaps students assume that the premium price denotes superior quality! That said, increasing undergraduate fees at a time of economic crisis threatens to make university education differentially (in)accessible unless careful steps are taken to promote participation by those from less advantaged backgrounds.

Although the future is thus scarily uncertain, the British academy, and perhaps British psychology more particularly, feels that its international standing is good. British psychologists contribute disproportionately to the main international journals and benefit from increasing numbers of opportunities to collaborate with colleagues in other European universities. Indeed, while the majority of serious and prestigious collaborations used to involve trans-Atlantic connections, the growing European Research Area, alongside increased opportunities for collaboration with Asian, South African, and South American scholars, has helped make British behavioral scientists much better linked internationally than in the past. More on this in a future article. ♦

Michael E. Lamb is Head of the Department of Social and Developmental Psychology at the University of Cambridge. An APS Fellow, he received the 2003-2004 James McKeen Cattell Fellow Award, is co-author of Tell Me What Happened: Structured Investigative Interviews of Child Victims and Witnesses (Wiley, 2008) and recently edited The Role of the Father in Child Development (5th edition, Wiley, 2010).

Featuring articles on the psychological science community’s response to COVID-19, as well a research on public health and epidemics. More

The National Institutes of Health (NIH) is offering a new postdoctoral opportunity to promote diversity in science. This opportunity seeks to provide a mentored training experience to postdoctoral students from diverse backgrounds More

The National Institutes of Health Center for Scientific Review is encouraging scientists to help improve the peer-review process for promising research initiatives in need of federal funding. More