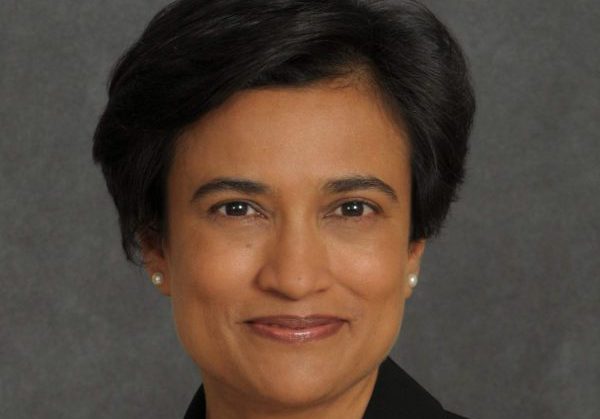 Several renowned psychological scientists are joining the APS Board of Directors for the 2017–2018 academic year. Below, the Observer profiles the leaders taking on new roles. Suparna Rajaram (pictured above) of Stony Brook University is the new APS President, while Barbara G. Tversky of Stanford University is President-Elect. Susan Goldin-Meadow of The University of Chicago becomes Immediate Past President. New Members-at-Large for the coming year include Stacey Sinclair of Princeton University and Howard M. Weiss of Georgia Institute of Technology. They join Members-at-Large Deanna Barch of Washington University in St. Louis; Dorthe Berntsen of Aarhus Universitet, Denmark; Simine Vazire of the University of California, Davis; and Cindy Yee-Bradbury of the University of California, Los Angeles, along with Board Secretary Gün R. Semin, ISPA Instituto Universitário, Portugal, and Utrecht University, the Netherlands, and Treasurer Roberta L. Klatzky of Carnegie Mellon University. Ending their terms on the board are Past President C. Randy Gallistel of Rutgers University; Thomas Carr of Michigan State University; and Michelle “Mikki” R. Hebl of Rice University.

Suparna Rajaram is a leading psychological scientist known for her study of human memory and the interpersonal transmission of memory through social groups and networks. Rajaram has pioneered a conceptual framework to study cognitive mechanisms that underpin memory transmission in groups and the emergence of collective memory. Her contributions include the introduction of novel paradigms to model social networks in the laboratory and a study of emotional and nonemotional memory transmission. Rajaram’s other lines of research have included a study of both people with amnesia and with normal memory to address the cognitive and neural bases of learning and memory; differences between implicit and explicit memory; the nature of recollective experience; and cognition and education. Rajaram’s research has been supported by the National Institute for Mental Health, the National Science Foundation (NSF), the Russell Sage Foundation, and Google.

Rajaram received her PhD from Rice University. She directs the Social Memory & Cognition Lab at Stony Brook University, where she is a professor of Cognitive Science and has served as a former Associate Dean for Faculty Affairs in the College of Arts and Sciences. Rajaram is an elected fellow of the Society of Experimental Psychologists, the American Academy of Arts and Sciences, the Psychonomic Society, and the American Psychological Association. Rajaram is past Chair of the Governing Board of the Psychonomic Society as well as Past Chair of its Publications Committee. She is also one of the founding organizers of the international group Women in Cognitive Science, which was developed in 2001 to promote the advancement of women in cognitive sciences and has been funded by the NSF.

A founding member of APS, Rajaram has served on the APS Board of Directors as a Member-at-Large as well as on the APS Fellows Committee and the APS Leadership Network. She also was Chair of the APS Rising Stars Inaugural Committee. 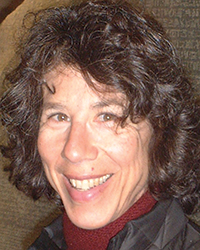 Barbara G. Tversky is Professor of Psychology and Education at Columbia Teachers College and Professor of Psychology Emerita at Stanford University. Her work on spatial thinking has investigated the space of the body, the space around the body, the larger spaces we explore, and the things we encounter in those spaces; from there to the spaces we create to promote cognition, creativity, and communication for self and other, including maps, diagrams, sketches, art, architecture, urban design, and, importantly, gesture. Diagrams and gesture create meaning more directly than language using marks in space and place in space. Spatial visual communication leads naturally to language: descriptions, explanations, and stories. And space leads naturally to time and causality: event perception, cognition, and understanding. She has enjoyed collaborations not only with a set of terrific students and colleagues in psychology but also with linguists, neuroscientists, computer scientists, designers, engineers, biologists, geographers, chemists, and artists. 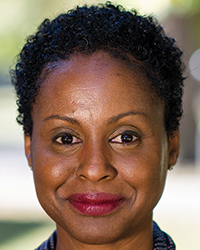 Stacey Sinclair, a professor of psychology and African American studies at Princeton University, is a prolific researcher who studies how culturally held prejudices are translated into individual thoughts and actions, as well as how these thoughts and actions shape our understandings of ourselves and others. One of her lines of research investigates social tuning, the phenomenon whereby individuals unknowingly or unconsciously adjust stereotype-related beliefs about themselves upon interacting with the apparent views of another person. In a related course of study, Sinclair examines implicit homophily, which is the concept that individuals are interpersonally attracted to others who share similar intergroup attitudes and experiences; her work suggests that interpersonal interactions can be mechanisms by which culturally held beliefs can become individual thought. Sinclair currently is conducting projects aimed at studying the ramifications of intergroup bias in social networks, including how that bias might impact the intellectual performance and health of stigmatized groups. 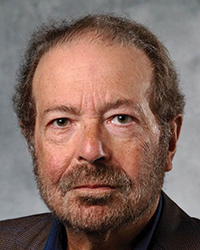 Howard M. Weiss is a Professor of Psychology at the Georgia Institute of Technology. With a PhD in organizational psychology from New York University, he studies the experience of working, especially in an immediate, first-person sense. The underlying position of his Work Experience Laboratory is that work is an essential element of what it means to be human and that, because of the importance of work to human nature, you cannot fully understand humans without understanding the experience of working. While his research on work experience encompasses issues of agency at work, feelings of daily fatigue, and the experience of work mediated by technology, his primary research area is on the nature of immediate emotional experiences during the work day, with current research examining within-person changes in emotional states during the work day; the concurrent effects of those changes on attention and work performance; and the cumulative consequences of daily emotional experiences on feelings of fatigue, burnout, and well-being. Weiss is a fellow of the Society for Industrial and Organizational Psychology (SIOP) and the American Psychological Association. He has been a member of the National Research Council’s Board on Human Systems Integration and of the Executive Board of SIOP.

Cultural mismatch, in addition to prejudice, often stands in the way of leadership success for East Asian professionals. More