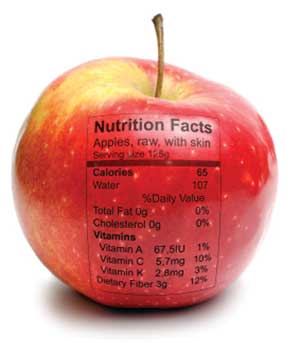 States are beginning to impose “sin taxes” on fat and sugar to dissuade people from eating junk food. Other groups favor subsidies over punitive taxes as a way to encourage people to eat fruits, vegetables, and whole grains. The two strategies have never been tested head to head. So psychological scientist Leonard Epstein at University of Buffalo decided to explore the persuasiveness of sin taxes and subsidies in the laboratory. Epstein and colleagues simulated a grocery store “stocked” with images of everything from bananas and whole wheat bread to Dr. Pepper and nachos. A group of volunteers — all mothers — were given laboratory “money” to shop for a week’s groceries for the family. Each food item was priced the same as groceries at a real grocery nearby and came with basic nutritional information. The volunteers went shopping several times in the simulated grocery. First, they shopped with the regular prices, but afterward the researchers either raised the prices of unhealthy foods by 12.5 percent and then by 25 percent, or they discounted the price of healthy foods comparably. Then they watched what the mothers purchased. The results, just published in Psychological Science, show that taxes were more effective in reducing calories purchased over subsidies. Specifically, taxing unhealthy foods reduced overall calories purchased, while cutting the proportion of fat and carbohydrates and upping the proportion of protein in a typical week’s groceries. By contrast, subsidizing the prices of healthy food actually increased overall calories purchased without changing the nutritional value at all. It appears that mothers took the money they saved on subsidized fruits and vegetables and treated the family to less healthy alternatives, such as chips and soda pop. Taxes had basically the opposite effect, shifting spending to healthier choices.