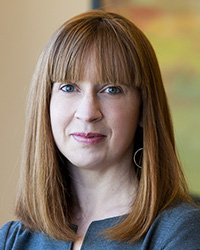 It is rare for a psychological scientist to be able to present his or her research to the president of the United States. Coreen Farris got that opportunity when she and her colleagues delivered a report to the White House in December as part of the Department of Defense Report to the President on Sexual Assault.

A behavioral scientist at RAND Corporation, Farris, along with her colleagues, recently completed the large epidemiological study of military service members to estimate the annual prevalence of sexual assault and sexual harassment of men and women in all service branches.

Preliminary results of the study, which drew on data from a sample of nearly 560,000 service members gathered between August and September 2014, indicate that while 4.9% of active-duty servicewomen reported experiencing sexual assault and 26% reported experiencing sexual harassment or gender discrimination in the past year, the overall number of incidents of sexual assault and sexual harassment in the military has decreased since 2012. Full results will be released this spring.

In her work at RAND, a nonprofit research and analysis organization based in Santa Monica, California, Farris shares her research with high-level administrators in the Office of the Secretary of Defense as well as congressional committees and lawmakers.

“There’s a particular emphasis on informing the policy debate and on timely research helping the government,” said Farris. “It’s nice to see some of that paying off.

“I was doing academic sexual violence work, which I liked,” as a postdoc at Carnegie Mellon University and the University of Pittsburgh School of Medicine, Farris said. Ultimately, though, she was “drawn to RAND because it provided the opportunity to disseminate [my research], to give it to people who are going to use it, [and] to be in a position where that was considered part of my job. I like that balance.”

Farris believes that the people who must judge how best to accomplish the goal of decreasing sexual violence, and other goals of similar magnitude and complexity, are genuinely interested in the research that can help them make informed choices.

“It’s often the case that those people in charge of making really difficult decisions, who have to make decisions about which programs to fund [and] which to cut, are hungry for research that will help them do their job well,” she said. “We really do need psychologists in public policy settings who can be ready to deliver good science. We do the work because we want it to influence the future of our communities, our institutions, our countries. It’s important that it be out there and available to the people making these decisions.”

It’s also important, Farris noted, to communicate to others what’s not possible based on research findings. “Very often, the real-world constraints are going to preclude a fancy, shiny RCT [randomized control trial],” she explained.

“We’re helping policymakers understand what they’re able to learn from the data that is available and what they can’t. Sometimes they come and ask, ‘What program should I use for x position?’ and sometimes the answer is, ‘I don’t know, we haven’t figured out that problem yet!’”

The RAND Corporation, Farris said, places emphasis on structuring interdisciplinary teams that can effectively and efficiently tackle those unsolved problems. Unlike some psychological scientists in other private-sector positions, she said she feels at ease communicating with her colleagues, even though many of them are not psychologists, and enjoys learning new skills as well as bringing a unique perspective to the table. Her teammates come from a diverse range of fields and include economists, public policy analysts, statisticians, anthropologists, and sociologists.

“I see my training informing almost everything I do,” she added. “I am a psychologist, so I think like one; I research like one. Psychologists as a rule are often pretty well trained in study design and psychometrics, so if we’re running an analysis of a mental health program, as a psychologist, what I’m bringing is the outcome evaluation design — asking questions [such as] ‘Does the program work?’ and advocating for rigorous design.”

Farris acknowledges that psychologists in the academic world often simply don’t have enough time to conduct research and promote it outside their fields, and says one of the things she likes most about her position is her flexibility to do both.

“[Academics] have so many competing demands on their time … There are certainly academic psychologists that I know of who have added to their already-full plates and gone out and influenced the policy debates, but it’s not the rule — they’re busy,” she says. At RAND, she is able to participate in both research and dissemination, though her main job is “100% research. I’m really just happy doing the work that I want to do. On a day-to-day basis, I like that that’s what my job is.”