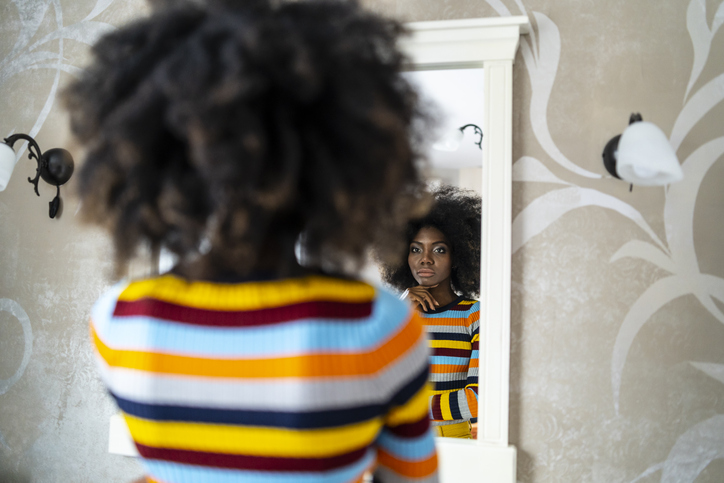 People with social anxiety disorder (SAD) may employ a number of self-protective strategies, including controlling their body language, to manage the heightened discomfort and distress brought about by day-to-day social interactions. But while these behaviors may help in the short term, research in Clinical Psychological Science suggests that attempting to conceal anxiety in this manner hinders non-verbal communication, increasing instances of social rejection, and ultimately affirming individuals’ negative expectations about social interactions.

“Individuals with SAD fear exposing their (perceived) flawed self to others because others might reject them,” write Maya Asher, Amitay Kauffmann, and Idan M. Aderka (University of Haifa, Israel). “Consequently, they use a number of self-protective or self-concealment strategies . . . but it is precisely the use of these strategies that ultimately leads to others’ negative evaluation.”

In addition to tightly controlling their body language in order to conceal physiological signs of stress, individuals with SAD may also avoid eye contact or shift their attention inward in response to anxiety-induced by social situations. These strategies can make it more difficult to process social cues, Asher and colleagues explain, hindering their behavioral synchrony with conversation partners. Nonverbal synchrony, the researchers note, not only includes mimicry or imitation—mirroring a partner’s nod, for example—but any form of responsive body language, such as shaking your head negatively to signal disagreement with someone nodding affirmatively or placing a hand on the shoulder of a person who slumps forward in despair.

Asher and colleagues further explored the relationship between SAD and nonverbal synchrony through a study of 156 participants in Israel, 38 of whom were determined to meet the formal criteria for SAD through a diagnostic interview conducted by a practicing psychologist specializing in the disorder.

During the study, mixed-sex pairs of participants—either both without clinical levels of SAD, or one with SAD and one without SAD—were recorded while they carried out a 30-minute conversation based on a set of three questions provided on index cards. These sets contained either increasingly personal closeness-generation conversation topics, or more general small-talk topics for discussion.

In addition to the interview, participants self-reported their symptoms of social anxiety, including how anxious they were in anticipation of the upcoming conversation. After these conversations, the videos were compared using motion-energy analysis (MEA) to measure the frame-by-frame movements of each participant.

Asher and colleagues then entered this data into two different models: one in which SAD was treated as a binary state—participants either had it or they didn’t based on the diagnostic interview—and one in which the researchers computed a continuous measure of SAD for each participant based on the severity of any symptoms they reported.

When SAD was treated as a binary condition, pairs in which neither participant met the diagnostic criteria for SAD were found to express greater nonverbal synchrony during closeness-generating conversations than during small talk. Pairs in which just one participant had SAD did not demonstrate this increased nonverbal synchrony during closeness-generating conversations.

When SAD was treated as occurring continuously, however, pairs with a greater difference in SAD scores were found to exhibit more nonverbal synchrony during small talk than during closeness-generating conversation.

The findings from the binary analysis suggest that individuals with SAD may feel more threatened by closeness-generation conversations, causing them to employ protective strategies that hinder nonverbal synchrony, Asher and colleagues suggest. The findings from the continuous analysis are a little more nuanced, however.

“One possible explanation for this pattern . . . is that in low-anxiety conditions (i.e., small talk), the more socially anxious individual may attempt to compensate for his or her perceived inferiority or social ineptitude by (consciously or unconsciously) increasing nonverbal synchrony,” the researchers write. “High levels of anxiety may be overwhelming and leave few resources for communication, which results in undersynchronization or underdisclosure.”

It could also be that conversation partners with lower levels of SAD go out of their way to enhance nonverbal synchrony during less stressful conditions, but become less likely to do so as their socially anxious partners become more obviously withdrawn.

Treating social anxiety as a continuous measure, rather than a dichotomous diagnostic category in which SAD is either present or absent, may help generate findings that reflect the full spectrum of symptom severity, increasing statistical power and decreasing measurement error, Asher and colleagues write.