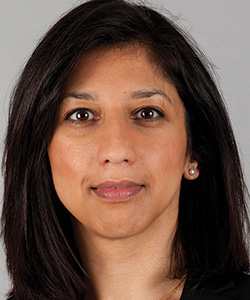 APS Fellow Asifa Majid, a psycholinguistics researcher at the University of York in the United Kingdom, is uncovering cultural differences in the way people talk about odors, aromas, and scents.

How did you become interested in the way we identify and talk about smells?

In my research, I try to understand the relationship between language and thought. One way to do that is to examine what things are more or less easy to express in language. Is everything that you can think equally expressible in language? Or expressible at all? Or are there experiences that defy verbalization? Smell was interesting to me because there is a long-standing assumption that it is impossible to talk about odors. It was taken as established that there was no vocabulary for smells. In addition, psychological scientists had found that under experimental conditions, people struggled to name even familiar odors. These observations seemed at odds with the anthropological literature where ethnographers had noted the existence of “smell cultures”—communities in which people were particularly oriented to odors in their daily lives. This discrepancy called for investigation: if there are communities that are so interested in smells, could it really be the case that there wasn’t a way to talk about them in the local languages? So I set out to study smell across diverse language and cultures.

You recently studied hunter-gatherer societies in the Malay Peninsula to examine people’s ability to identify and name odors. Why did you select those particular groups?

The work sprang from a larger investigation into the language of perception across cultures, which has recently been published. In early work for this project, we realized that there was something unusual in the Jahai language (spoken in the Malay Peninsula). It seemed as this language may indeed have a smell vocabulary — that is, words dedicated to expressing particular qualities of odors. For example, ltpɨt is used to describe the smell of various flowers and ripe fruit, perfume, soap, Aquillaria wood, bearcat, etc; while cŋɛs is used for the smell of petrol, smoke, bat droppings and bat caves, some species of millipede, root of wild ginger, etc. There are around a dozen distinct smell words in Jahai.

My colleague Niclas Burenhult—the world-leading expert in the Jahai language—and I set out to experimentally test the hunter-gatherer Jahai for their ability to name odors. We compared them with age- and gender-matched English speakers, asking speakers from both groups to describe a set of standardized color and odor stimuli. According to received wisdom, people should universally be better at talking about visual phenomena than olfactory ones. We did not find this. English speakers showed the typical asymmetry, with much higher agreement in how they talked about colors than odors. Jahai speakers, on the other hand, were just as eloquent in how they talked about odors and colors, and were much better in odor naming than were English speakers.

From this study alone, it is hard to know what might be causing these differences. The Jahai and the US English speakers we tested differ in all sorts of ways—their languages are unrelated, they live in different environments (tropical rainforest vs. urban settlement), and their subsistence is poles apart (hunter-gatherer vs. post-industrial culture). With data from only these two communities, we cannot tell which of these factors are crucial. To address this, my colleague Nicole Kruspe and I tested two communities closely related to the Jahai: the Semaq Beri—who like the Jahai are hunter-gatherers—and the Semelai, who are swidden horticulturalists. Both groups are from the same language family as the Jahai, and both live in a tropical rainforest. If the language family or environment matter, we would expect both groups to behave alike. But if subsistence is crucial, then we would expect the Semaq Beri and Semelai to behave differently from each other. Once again, we compared odor and color naming in the two communities, and found that while the non-hunter-gatherer Semelai behaved just like English speakers, the hunter-gatherer Semaq Beri showed superior odor naming, just like the Jahai. So it seems there is something about the hunting-gathering lifestyle that is particularly conducive for olfactory communication.

In an article you wrote for TIME, you noted that Westerners are increasingly detached from our natural environments, resulting in a kind of cultural anosmia. What are the psychological and social implications of this?

The sense of smell is very much underappreciated in the West. In a recent McGann Worldgroup survey, more than 50% of young adults said they would rather give up their sense of smell than their phone or laptop. People do not realize that without a sense of smell food would not taste as good, they would no longer smell a gas leak or fire, and there would be consequences for their personal hygiene and social relationships. In a study of almost 500 anosmics (people who have lost their sense of smell), 92% said they did not enjoy food and drink as much anymore. This is because much of our experience of food comes from our sense of smell. Another study found that between 25% and 50% of anosmics had accidentally eaten rotten or spoiled food. And because of the social anxiety about body odors, anosmics can end up bathing several times a day or overuse perfumes and aftershaves. In fact, people with anosmia suffer greater depression and loneliness. (For a recent review, click here.)

It is rather remarkable, then, that despite the critical role that our sense of smell plays in our lives, we have so little regard for it that we would rather keep our technology than our noses in working order.

Do you have a favorite aroma or fragrance?

There is nothing as comforting as the smell of my mum. But my favorite fragrance at the moment is Hermes, Un Jardin Sur le Nil.