President’s Note: Members of APS certainly do not need to be educated on the value of behavioral and social science research — the research our psychological science colleagues have contributed have made this world a better place. In this month’s column, Steven F. Warren, a behavioral scientist who also happens to be vice chancellor of the Office of Research and Graduate Studies at The University of Kansas, offers his views on the current state of federal funding for behavioral and social science research. –Joseph E. Steinmetz 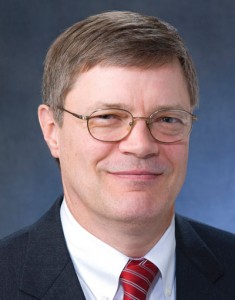 By most measures, we are living in the golden age of the social and behavioral sciences. Psychology, for example, is now viewed as a core discipline at many universities. As with other core disciplines (e.g., chemistry or physics), scientists with a PhD in psychology are found in a wide range of departments and centers spanning academia. I recently overheard a university provost state that her institution had at least seven departments heavily populated with psychologists, though only two of those departments had “psychology” in their name. Psychologists are also found in schools of medicine, public health, and business, and even in departments of economics.

The same is true at the National Science Foundation (NSF), which devoted approximately $255 million to behavioral and social science research (just 3.7% of the agency’s budget) in 2010. These dollars were thinly spread across more than 300 universities nationwide.

Despite the modest amount and portion of funding it receives and its relevance and impact on human problems and potential, the behavioral and social sciences have many powerful critics, especially some members of Congress. A leading critic is US Senator Tom Coburn (R-OK). In 2011, Coburn — who has an MD and is a cancer survivor — proposed eliminating the NSF Directorate for Social, Behavioral, and Economic Sciences. He stated: “The social sciences should not be the focus of our premier basic scientific research agency.” [2] Although his efforts failed, Coburn and other critics represent the longstanding view that most behavioral and social science research is either common sense or trivial.

Coburn, ranking member of the Senate’s Permanent Subcommittee on Investigations, continued his attacks in 2012 as part of a broader focus on government waste. Hismain tactic, taken from the playbook of the late US Senator William Proxmire (D-WI), was to ridicule behavioral and social science studies that have unusual titles or those that use animal models such as shrimp and rodents to test solutions to important problems. [3]

As a developmental psychologist, I have spent more than three decades chasing after a few hard-won NIH grants in order to create and investigate effective early interventions for young children with developmental disabilities. As a result, it is easy for me to generate strong arguments to counter those who find behavioral or social science research of little value. For the past five years, I have also served as Vice Chancellor for Research and Graduate Studies at my university. This has given me a wider and deeper perspective on the value and impact of all kinds of research in all fields.

What I have observed — as both a researcher and an administrator — is that rigorous, cutting edge, potentially world-changing research occurs across a wide range of disciplines, and that this is happening at least as much in the behavioral and social sciences as in other domains. Consider the new, critically important subfields that have emerged in the past 20 years, such as cognitive and behavioral neuroscience and behavioral economics. Psychological research methods are also being integrated with biobehavioral and biological methods, generating whole new multidisciplinary fields. Indeed, in many respects, the science of human behavior is thriving as never before, even as federal research funding stagnates.

The enormous advances in the behavioral and social sciences over the past 50 years are largely a result of the availability of a reasonable amount of highly competitive external funding. Scarcity can actually improve any science, because it requires applicants to hone their ideas and methods to secure funding, increasing the probability that something valuable will come from the investment. Competition is one reason US science has been so successful.

That said, progress in many areas of behavioral and social science research will definitely suffer without a sufficient amount of continuing support. When funding becomes too tight, peer review panels tend to become ultraconservative and risk-avoidant. Consequently, it becomes especially difficult to get grants for the kind of bold new ideas and methods necessary for real scientific breakthroughs. Future progress will, at minimum, slow down if federal research budgets remain constrained. This is equally true in other areas of science. Given the tiny amount of federal research funding relative to the overall federal budget, this seems to be “penny wise and pound foolish.”

Historically, the bipartisan consensus of Congress has been that the funding of scientific research is an important and legitimate function of the federal government. It is seen as a small price to pay for the huge impact rigorous research has had on human health, innovation, and well-being in the United States and elsewhere.

I am cautiously optimistic this consensus can somehow survive the current political gridlock in Washington and that behavioral and social science research, as well as other important types of research, will enjoy stable funding (and even modest growth) in the future. Realistically, flat funding may be the best we can hope for in the near term. Even then, federal support for this important area of research will likely remain well below what is justified, given the impact it continues to have in shaping the world around us.

is vice chancellor of the Office of Research and Graduate Studies at the University of Kansas, where he is also professor of Applied Behavioral Science. Warren is internationally recognized for his research on language development in children, particularly in the areas of early communication and language development as well as intervention and the prevention of mental retardation. He has published more than 150 papers, chapters, and books on these and related topics. He can be reached at sfwarren@ku.edu.