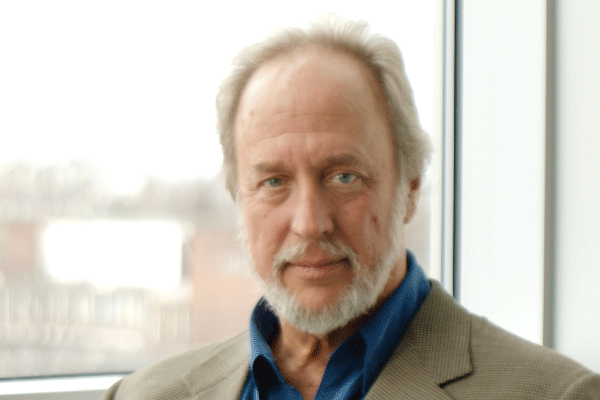 APS Past Board Member and William James Fellow Robert Plomin of King’s College London has received the 2020 University of Louisville Grawemeyer Award for Psychology for his research on how DNA shapes personality.

Plomin’s theory on the “nature of nurture” brings together genetic and environmental perspectives on the psychological science of individual behavioral differences, even between siblings raised in the same household.

“Genes make us who we are by influencing how we interact with the world around us, driving the way we select, modify, and even create our environment,” Plomin said in a statement for the award announcement. “DNA isn’t all that matters, but it matters more than everything else put together.”

His ongoing Twins Early Development Study (TEDS) has followed more than 10,000 pairs of twins born in the United Kingdom since 1994, tracing their development from infancy into early adulthood. Data from this study has shed light on the role of genetics in outcomes related to health, education, and psychological well-being, including the genetic basis of developmental disorders such as attention deficit/hyperactivity disorder and autism.

“His work has revolutionized behavioral genetics and deepened our understanding of why we have the personalities we do,” said award director Keith Lyle, an associate professor of psychological and brain sciences at the University of Louisville, Kentucky. “In particular, it has shown that genetic influences affect us in ways previously unknown.”

In addition to serving as secretary of the APS Board from 1992 to 1994, Plomin was a member of Psychological Science’s editorial board from 2012 to 2015. He is a fellow of the British Academy, the American Academy of Arts and Sciences, and the American Academy of Political and Social Sciences. He has published more than 800 papers and nine books, including “Blueprint: How DNA Makes US Who We Are,” published in 2018. He received the APS William James Fellow Award in 2005.

Grawemeyer Awards are presented each year to individuals in the fields of education, music composition, religion, and ideas for improving the world, in addition to psychology. The late H. Charles Grawemeyer, an industrialist, philanthropist, and University of Louisville alumnus, created the awards in 1984 with an initial endowment of $9 million. Winners receive a $100,000 prize.

As part of his award, Plomin will present a free lecture on his work in April 2020 in Louisville.

Although I congratulate Dr. Plomin on receipt of the Grawemeyer Award, his argument is what we have been discussing for decades and will continue to be equivocal until definitively proved; viz., “biology is destiny.” The predeterminism, and in one view fatalistic description of human/animal behaviors, at least among human beings will continue to be arguable. Research on this argument will help to support either side.

Barch was selected for “helping to identify neural and psychological mechanisms that give rise to the symptoms of psychosis and other forms of mental illness.” More

Richeson Receives SAGE-CASBS Award for Research on Discrimination and Diversity