Observer > 2020 > December > RDOC at 10: Sharpening the Science of Mental Health 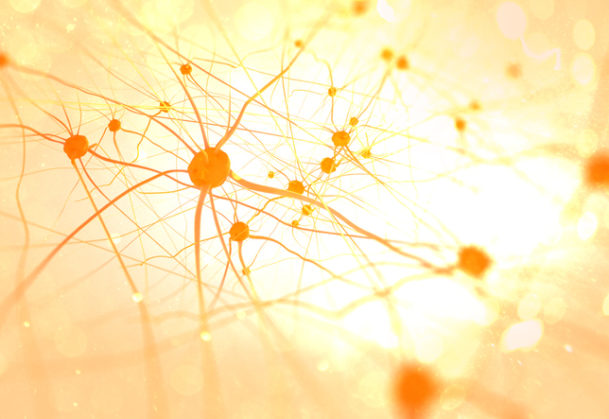 Ten years ago, a major initiative at the National Institute of Mental Health (NIMH), the United States’ leading federal agency for research on mental disorders, set out to address a fundamental weakness in how mental illnesses are diagnosed and treated. The widely accepted diagnostic structures—the Diagnostic and Statistical Manual of Mental Disorders (DSM) and the International Classification of Diseases (ICD)—couldn’t account for many of the complexities of mental disorders, despite providing benefits such as reliability and ease of diagnosis across many contexts.

In October, APS’s Government Research, Funding, & Policy team hosted Morris and a panel of four other scientists for a webinar to commemorate RDoC’s 10th anniversary and showcase RDoC-informed research conducted by clinical psychological scientists. More than 900 people registered for the live presentation of Clinical Psychological Science Through the Lens of RDoC: New Advances and Future Directions.

Morris began the webinar by reflecting on the rationales for RDoC. “We were faced with a problem that these diagnostic categories, which have allowed the evolution of the science of psychiatry and are essential to clinical practice, were driving the entire research and clinical systems,” she said. Besides often resulting in trial-and-error diagnoses and treatments for patients, DSM and ICD categories hamstrung the work of clinicians and researchers. They still do. “Grant applications, journal publications, clinical trials, regulatory approvals are all based on DSM diagnoses.”

In short, RDoC represented an effort to “move away from this unwritten rule that NIMH-funded research should only be guided by what’s in the DSM,” Morris said. “Researchers should be free to explore new ways of classifying disorders in the hopes of achieving more precision in diagnosis and treatment. We know more than ever about behavioral neuroscience,” she continued. “We know that psychopathology occurs along neurodevelopmental trajectories. We know that there are bidirectional interactions with environment, in both risk and protective ways. We know that psychopathology is dimensional, and we know that we’re best off if we measure and relate many aspects together—the psychological, the biological, self-report, behavior—instead of focusing on any one of those measures as the gold standard or the foundational.”

Asserting RDoC’s “long-term goal of moving away from one-size-fits-all diagnoses,” Morris sketched a broad effort “to invert the clinical research paradigm.” Instead of starting with a mental disorder as defined by symptom-based criteria, the RDoC approach to studying mental illness is to start “with what we know about normal, healthy, adaptive mechanisms and figure out where things go wrong to result in psychopathology.” To date, the RDoC funding portfolio includes more than 95 grants that demonstrate the initiative’s promise.

Three psychological scientists outlined their work within the RDoC framework.

Vijay A. Mittal (Northwestern University) focuses on the psychosis prodrome among adolescents and young adults who may be at risk of developing a disorder like schizophrenia. “The signs can vary,” he said, “but they look a lot like delusions and hallucinations, negative symptoms…cognitive decline, social withdrawal.” As an example of indicators, he cited British artist Louis Wain, whose drawings of cats became more psychedelic over the course of his illness, suggesting “something off, something odd … that you can’t put your finger on.”

Through longitudinal studies of young people considered at risk of developing disorders, Mittal and his lab have identified early interventions and other measures that could focus limited resources, reduce false positives, improve courses, train families to help track symptoms, and potentially prevent onset. One key involves tracking abnormalities in the circuits that govern motor behavior (basal ganglia, cerebellar, and corticocortical). “The great hope of this work is that we’ll be able to stop psychotic disorders from happening,” he said, while also improving means of identifying and screening at-risk individuals and understanding the causes of psychotic disorders more broadly. He showed examples of how unusual motor behaviors, such as a child’s highly asymmetrical crawling pattern, or certain tics or rigidities, could suggest vulnerabilities to developing disorders later.

For her work within the RDoC framework, Autumn Kujawa (Vanderbilt University) researches initial response to reward and the development of depressive symptoms, focusing on the domain of positive valence systems.

“Conceptually, we know that low reward responsiveness is often characteristic of depressive symptoms and of adults with depression,” Kujawa said in the webinar. People with this aspect of depression “tend to report that they experience less pleasure, less interest in seeking out previously rewarding experiences.” She looks for vulnerability markers that could identify youth at high risk of developing depression, studying where and how these alterations in emotional processing may emerge across childhood and adolescence and how preventive interventions might target them.

For one study, Kujawa used data from the Stony Brook Temperament Study, a large, longitudinal study of more than 600 children recruited at age 3 or 6. Under the direction of her graduate advisor, Dan Klein, she said, “we assessed parental depression using a semistructured diagnostic interview with biological mothers and biological fathers when [the children] were first enrolled in the study and then again, at age 9, when they returned for a follow up assessment.” At age 9, the children also completed electroencephalogram (EEG) reward tasks and self-reported their depressive symptoms. In another follow-up when the children were 12, they again reported their depressive symptoms along with “their own perceptions of their individual differences in reward responsiveness using a scale adapted from the BIS/BAS scales,” Kujawa said.

Among other findings, this research revealed no correlation between reward positivity and self-reported reward responsiveness. And whereas the researchers found significant relationships between children’s depressive symptoms and maternal depression, “we did not find effects for depression in fathers.”

In exploring how to translate these findings to interventions, Kujawa’s lab studied 70 adolescents (14–18 years old) with moderate to severe depression. Of these, some 24 completed a course of 16 sessions of cognitive behavioral therapy. Not only did EEG assessments conducted before and after the therapy show no sign of an increase in the adolescents’ reward positivity, they showed some reduction. But in a third study, with 98 young adults, the researchers found some enhanced reward positivity after motivating participants to “think about a personally salient reward and why they want to earn that,” Kujawa explained. “What we did find is that relative increases in reward positivity are associated with reductions in symptoms of depression and, more specifically, symptoms of anhedonia.”

In the third and final research talk, Annmarie MacNamara (Texas A&M University) summarized her work on the neuroscience of anxiety, which falls under the RDoC’s negative valence system domain.

Anxiety is prevalent and costly for people and their societies, said MacNamara, but scientists and practitioners have no good, objective tests to diagnose anxiety. “If we had a better understanding of the pathophysiology of anxiety, we might be able to develop new treatments that work better … we also might be able to better match patients to the treatments that are best suited to them,” she said, invoking the promise and challenges of personalized medicine.

According to MacNamara, emotions hold adaptive value, but in cases of anxiety, this emotion can “overfunction” and impede behavior. She described a series of research studies using EEG that showed subjects emotional and neutral stimuli, examining their brain responses. MacNamara’s work focuses on the “late positive potential” neural signal, or LPP, which is larger for emotional, rather than neutral, stimuli. Data obtained by MacNamara and her lab have shown that in clinically anxious samples, LPP activity is indeed greater for negative stimuli than it is for controls.

However, said MacNamara, some individuals show “emotional blunting,” which is typified by smaller responses to negative and positive stimuli than to neutral ones. MacNamara wondered whether individuals with generalized anxiety disorder who also had a diagnosis of depression might show blunting, rather than hyperactivity, in LPP. Resulting data confirmed this prediction.

“This suggests that the presence of a comorbidity like depression might change that pathology,” said MacNamara. “We might see something different going on in these individuals with more than one diagnosis.” Such patterns also emerge in youth.

Given the frequency with which anxiety is comorbid with other disorders, MacNamara has focused on better understanding the pathophysiology of comorbidity. She described another study in which she used EEG and event-related potentials to examine emotional reactions to emotional stimuli.

According to MacNamara, results suggested “a neurobiological pattern associated with comorbidity load that might be comprised of heightened alarm as signaled by greater salience network activation, along with reduced motivated, elaborative processing, as indicated by blunted or reduced LPPs.”

These findings, along with follow-up work, reveal a spectrum of anxiety, a “brain profile that might mark comorbidity load and indicate a worse prognosis across the anxiety disorders.”

In future work, MacNamara hopes to determine whether LPP blunting is related to depression specifically or if it is connected to a broader category of disorders.

The RDoC-focused workshop was bookended by talks by Uma Vaidyanathan, a psychological scientist who is a research and innovation manager in NIMH’s director’s office.

“The first and most obvious theme you saw among studies was the focus on constructs rather than just categorical diagnoses,” said Vaidyanathan to the webinar’s viewers. “While our researchers use some sort of diagnosis starting points, they did not focus solely on these labels.”

Vaidyanathan also observed that all the research presented came from a dimensional standpoint sensitive to how phenomena manifest on a spectrum. She also noted that the RDoC lens enabled researchers to consider the developmental components of mental disorders, too.

Finally, Vaidyanathan complimented the speakers on their use of multiple methods in their work.

“Most mental health diagnoses and phenomena are studied using self-report or other reports of feelings and behaviors,” she said.

“And while this is a useful start, going beyond this to fully understand the connections between brain, body, environment, and development is important.”

Observer > 2020 > December > RDOC at 10: Sharpening the Science of Mental Health

Government Funding for Psychological Science in Japan: A Brief Overview

If there’s one Japanese funding program that APS members should know about, it’s KAKENHI: Grants-in-Aid for Scientific Research. More