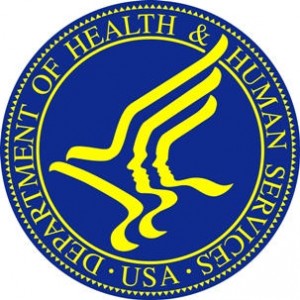 The U.S. government, in announcing its latest step toward overhauling the federal rules governing human-subjects research, is proposing some clear, modernized standards requested by social and behavioral scientists.

The Department of Health and Human Services (HHS) on Sept. 2 released a Notice of Proposed Rulemaking (NPRM) on revisions to the so-called Common Rule, the baseline standard of ethics for government-funded research involving human subjects. The proposed updates are designed to extend protections to people more effectively while simultaneously easing the oversight and paperwork requirements for scientists.

HHS will launch a 90-day public comment period on the NPRM beginning Sept. 8, and will take those comments into consideration when it drafts a final set of standards.

The government’s efforts to update the Common Rule, formally known as the Federal Policy for the Protection of Human Subjects, is a response to the rapid technological advances and the increasing volume of data available on individuals since the original regulations were enacted in 1991.

The revision process began in 2011, when HHS issued an Advance Notice of Proposed Rulemaking (ANPRM) to collect an initial round of public comments. The newly released NPRM reflects the input the department received, including recommendations from a special National Research Council (NRC) committee chaired by APS Past President Susan Fiske. That committee released a report in 2014 calling for better clarity in the Common Rule updates as they apply to behavioral and social science. Among other recommendations, the committee urged that the regulatory changes:

• define publicly available information as not human subjects research, as long as individuals have no reasonable expectation of privacy; and

In the NPRM, HHS specifically credits the NRC panel’s contributions.

[T]he NPRM more thoroughly addresses social science and behavioral research perspectives, benefiting from guidance provided by a National Research Council’s consensus report entitled “Proposed Revisions to the Common Rule for the Protection of Human Subjects in the Behavioral and Social Sciences.” … The Panel made numerous recommendations, including recommendations about what research studies should not undergo review, about calibrating the level of IRB review to the level of risk, about the desirability of privacy and confidentiality protections in social and behavioral research other than those of the Health Insurance Portability and Accountability Act of 1996 (HIPAA), and about improving informed consent by placing greater emphasis on the process of consent. The NPRM revises some of the ANPRM proposals in light of those recommendations.

“We are especially happy to be listed first among their sources,” Fiske says, “and to have them affirm more appropriate exemptions and ethical review for SBS research.”

Thank you for this article and thanks to Profs. Fiske, Nisbett, Fisher, Levine, and Abraham for your advocacy. In what has been a challenging few months for psychology and early career psychologists, I have been honored and comforted to be a member of APS. I truly hope that APS members continue to take a front seat in policy and advocacy, particularly that APS as an organization take a more active role in the regulation and public face of psychology through both APS and the Psychological Clinical Science Accreditation System.

I fully agree with this proposal. Knowing IRB rules is typically enough to make your study as least harmful as possible. I recently submitted a question about a study that I knew would be either not human subjects or full review (it was within someone’s typical job, but consent would have nullified the results). The response? “This is probably not human subjects, but submit for full review to be sure.” Under the new potential rules, it would be fine, which would be great.

However, after reading the scathing report on APA sanctioned torture, it’s difficult to condone less restrictive rules. Until we can all agree on the same rules for human subject research, regardless of affiliation, I think it’s important to be vigilant against potential abuses.