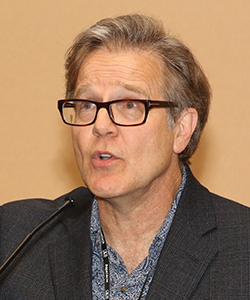 People form a life story for themselves by weaving a temporal tapestry, taking psychological fabric from their past and threading it into their present experience and the future they hope to have.

That’s essentially the way APS Fellow Dan P. McAdams described the role that time plays in the human experience. A Northwestern University professor who studies autobiographic memory, McAdams was among five leading researchers who spoke during “The Meaning of Time,” a cross-cutting theme program at the 2016 APS Annual Convention in Chicago. The program explored time perception through cognitive, social, and developmental science perspectives.

McAdams, a personality researcher, describes the life story as “personal myths” that, in terms of time, include the reconstructed past, the experienced present, and the imagined future. In essence, we reflect on how we came to be the person we are today and how we will evolve into the person we envision ourselves to be in the future.

“In modern societies, people begin to put together narrative identities for their lives in late adolescence and early adulthood, and they continue to ‘work on’ the stories across the adult life course,” he explained.

But how do our specific cognitive abilities and world perspectives factor into these temporal processes? 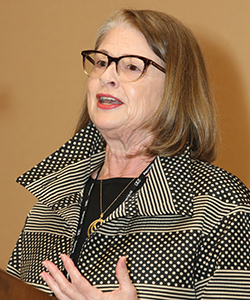 APS Fellow Daniel L. Schacter of Harvard University has been at the forefront of research on the inner workings of the mind’s time machine. Over the past decade, he and his colleagues have demonstrated how our efforts to remember past events and imagine future ones both rely on episodic memory — our recollection of personal experiences — and on a common brain network.

This work eventually led him and his colleague Donna Rose Addis of the University of Auckland in New Zealand to develop the constructive episodic simulation hypothesis. This hypothesis holds that episodic memory helps us imagine future events but also can lead to memory distortions.

Prior research has shown that, compared with younger people, older adults recall fewer episodic (internal) details and more semantic (external) details both when remembering past experiences and when imagining possible future events, Schacter explained. However, they may speak mainly in generalities not only about the past and future but also about a present experience. They’re also just as likely to veer off topic when asked to describe a picture they’re viewing as when asked to remember the last movie they saw.

So are scientists documenting age-related changes in memory and imagination, or simply a change in descriptive ability?

Schacter, graduate student Kevin P. Madore, and other colleagues have tried to answer this question using an approach called episodic specificity induction, which includes a brief training session in recalling details of past experiences.

The research involved 24 younger adults and an equal number of older adults, all of whom participated in two sessions held a week apart. The participants watched videos and were instructed to recall information from the videos. Some participants were given specificity-induction training and asked to report every detail they could remember. Others, assigned to a control induction condition, were asked only for their general impressions of what they saw. (In the second session, each participant was assigned to the opposite induction group.) Finally, they were all shown pictures of everyday scenes (unrelated to the videos) and were instructed to remember a past experience related to the picture, imagine a future experience related to the picture, or describe the picture.

This shows, Schacter explained, that episodic processes involved in memory and imagination are distinct from our ability to describe our experiences in the present. 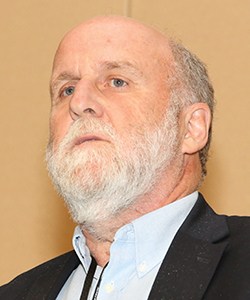 APS Fellow Daniel L. Schacter’s research suggests that episodic processes involved in memory and imagination are distinct from our ability to describe what we’re experiencing in the present.

The Here and Now

Whereas Schacter’s presentation primarily focused on the past and future, APS Fellow Yaacov Trope of New York University focused his presentation on factors that enable people to transcend the present and “to be more far-sighted.”

As background, Trope described the differences between two types of mental horizons: 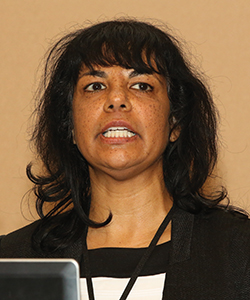 In an experiment, Trope showed New York participants a photo of an apple and a banana and asked, “Which of the following do you like more?” After they chose, he asked, “To which person would you like to send the chosen item — Mary in Manhattan or Ann in Miami?” In the same experiment, Trope showed another group of participants the words “apple” and “banana” and asked the same follow-up question.

When participants were shown pictures, they tended to choose the person who was near (Mary in Manhattan). When participants were shown words, however, they tended to pick the person who was farther away (Ann in Miami). Trope explained a theoretical reason for this difference: Pictures are a concrete, embodied medium that support contractive communication focused on the proximal, whereas words are an abstract, disembodied medium that expand the scope of communication to include more distal people.

To test this, Carstensen ran an experiment in which participants were given the option of spending 30 minutes with one of the following:

Older people chose to spend time with family, whereas younger people’s choices were evenly distributed among the three options. Participants then were given those same three choices after being asked to imagine that they were about to move across the country. This time, young people were just as likely as older adults to prefer spending time with family. 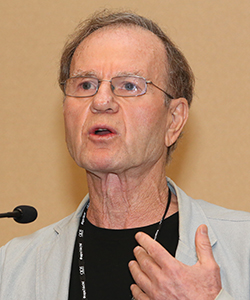 APS Fellow Yaacov Trope explores the factors that enable people to transcend the present and to be more far-sighted.

“People enter teams with diverse temporal orientations,” said Mohammed, a professor at Pennsylvania State University. “Temporal diversity is a double-edged sword. Different styles can be complementary but can also cause people to be irritated or frustrated.”

For example, time-urgent individuals are chronically hurried and skilled at timely task execution, whereas
time-patient individuals are more relaxed about time and emphasize quality over speed. A mix of these two time orientations is advantageous when the task requires both quality and speed but can be disadvantageous when conflict and coordination difficulties result. To illustrate, Mohammed and her colleagues sampled 49 student chef teams at a culinary college and found that time-urgency diversity both heightened disagreements about time allocation and increased team performance.

Whether advantageous or disadvantageous effects occur from temporal diversity also depends on factors such as team leadership. Team leaders may implement temporal solutions, such as reminding team members of deadlines, setting interim milestones, and planning ahead for contingencies and emergencies.

Mohammed and her colleagues studied 71 teams (299 employees) in a team-based and time-pressured organization. They found that “the influence of time-urgency and pacing-style diversity on team performance was more positive under stronger temporal leadership.” 

Madore, K. P., & Schacter, D. L. (2016). Remembering the past and imagining the future: Selective effects of an episodic specificity induction on detail generation. The Quarterly Journal of Experimental Psychology, 69, 285–298.