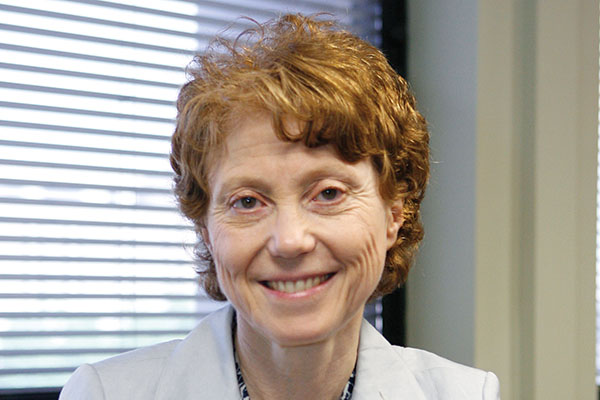 APS William James Fellow Nora S. Newcombe has begun her 4-year term as Editor of Psychological Science in the Public Interest. Newcombe is the Laura H. Carnell Professor of Psychology at Temple University. She researches education and learning, specifically STEM learning and education, spatial learning, and cognitive maps. In addition to her James Fellow Award, which recognizes her lifetime of intellectual contributions to basic psychological science, she is a recipient of numerous other honors, including the Distinguished Scientific Contributions to Child Development Award from the Society for Research in Child Development and the G. Stanley Hall Award for Distinguished Contribution to Developmental Psychology. She has served as editor of the Journal of Experimental Psychology: General, Cognitive Psychology, and Cognitive Research: Principles and Implications, and as associate editor of Psychological Bulletin, along with her service on numerous editorial boards and grant-review panels. The Observer recently asked Newcombe about her goals for the journal during her term as Editor.

What goals do you have for the journal under your tenure? Do you plan any significant changes or additions to the journal itself or to the types of articles being published?

I have always admired PSPI, so I don’t plan changes to the essential idea — bringing together a carefully selected small group to work on synthesizing what we know from psychological research to inform issues in which the public has an interest. The groups sometimes contain researchers with contrasting points of view, or perhaps from different research traditions or even disciplines. PSPI is always changing because each year, it tackles three different significant issues on which psychological science has something useful to say that can influence decisions in the public arena. That’s intrinsically exciting and challenging.

What topics are you most interested in pursuing for PSPI?

I have a list of topics that interest me and that I think are ripe for PSPI treatment. There are so many possible issues to address—for example, PSPI has only done one report on aging, and it appeared a while ago. So I’d like to do reports in that area. Another example is the crisis around addiction. Valerie Reyna has one report on this topic in the works, and I am looking to commission others. My new Board has generated other great ideas. However, although PSPI traditionally uses the solicitation approach, if readers have themes for us, either that they would pursue or that they just think we should cover, please email me!

How might you try to bring authors together to write about topics that might be somewhat controversial or contentious?

Carefully. PSPI has an admirable history of adversarial collaboration that has ended up at least civil, and often much more. A recent example is the report on which John Wixted and Gary Wells collaborated, which shed a great deal of light on the complicated issue of eyewitness identification. Such groups can craft valuable syntheses that really move the ball forward. It takes flexible intellects and agile personalities to work together in this way, so selecting authors who have the right temperament as well as the relevant knowledge is crucial.

Wrapping up 10 years as Editor of Current Directions in Psychological Science, APS Fellow Randy Engle reflects on emerging developments in the field, including the rise of behavioral genetics and behavioral economics.

Psychological Science Editor in Chief D. Stephen Lindsay is promoting a variety of ways to solidify the scientific rigor in articles published in APS’s flagship journal. Lindsay was named Editor in Chief this past spring