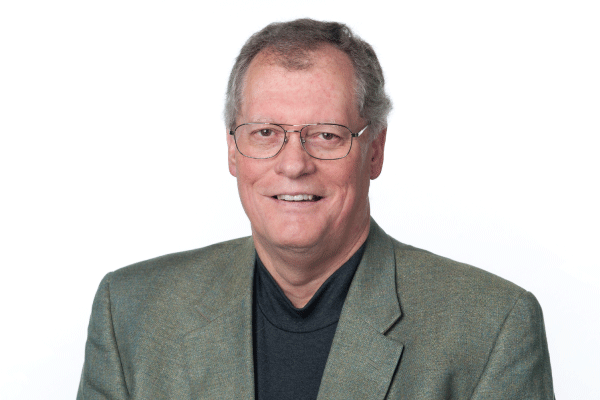 After a decade serving as Editor of Current Directions in Psychological Science, APS Fellow Randall Engle (Georgia Institute of Technology) is handing off the baton (to Rob Goldstone of Indiana University Bloomington). The Observer asked Engle, who goes by Randy, to share his reflections on the challenges and accomplishments he reached while editing the publication, and how its influence has spread into classrooms and across the world.

What are some of the challenges of editing a journal that covers the full range of psychological science and is written for a broad audience?

As an introductory psychology teacher my whole career, I like all the areas of psychological science. But I certainly can’t follow the new work in all areas, so I relied on the members of the Advisory Board to recommend authors. I tried to have a diverse membership on the Board, representing different areas of the field and a variety of roles. In addition to asking the Board, I also searched for potential authors at conferences, invited recommendations from other journal editors, and reached out to textbook authors who survey their field while preparing for book revisions. I have always thought that a great conference talk or great colloquium makes for a great Current Directions paper.

Current Directions became significantly more international during your tenure. How did you accomplish that?

It was my goal from the very beginning to make the journal more international — I said so in my application for the job. I invited international scholars to be members of the Advisory Board and encouraged the American members to seek out international authors.

You put together several memorable and highly popular special issues on a range of topics. Are there any favorites for you?

That’s like asking me who is my favorite child. I enjoyed all of them a great deal, and I think they served to focus the field on cutting-edge topics and in a venue that aspires to make papers accessible to a very diverse audience — including nonpsychologists.

Integrative science is where we’re seeing some of the most exciting advances, both within psychological science and in conjunction with other fields. What are some of the most promising areas for integration? Are there particular challenges for publishing articles on integrative topics in Current Directions?

Our goal is to publish papers that can be read and appreciated by good psych undergrads and by educated nonpsychologists. Our papers are limited to 2,000 words with fewer than 40 references. Those criteria make it tough to be very integrative.

The journal is widely used in classrooms, even becoming the basis for the popular Observer series “Teaching Current Directions.” How did you incorporate this aspect of the journal’s mission in your editorial decisions?

Undergrad education has always been very important to me, regardless of my administrative role or the demands of my research. So I look at every article from the standpoint of whether I might use it in my own class. My primary goal as editor has been to publish papers my friends and neighbors outside of the university could appreciate. I always advise authors to have a freshman edit their paper for them, to make sure it is accessible to that broad audience. The “Teaching Current Directions” columns are a great complement to the journal. I was always flattered when someone at a conference would recognize my name and comment, “Oh, you edit Current Directions. I love that journal.”

What would you say were some of the significant changes and trends in our field that occurred during your tenure? How did you address those in the journal?

First, the field is much more international now. Psychology has been one of the most popular majors in America for many years, but more and more that is becoming true in China and India. That also means that a great deal more research is coming out of those parts of the world. I added a member of the Advisory Board from Taiwan several years ago, and I expect that members from China will be added soon. Other big changes are, of course, the increase in neuroscience-related areas and the emerging importance of behavioral genetics and behavioral economics. I think Current Directions can play a huge role in bringing to light the emergence of new areas to the field.

What’s next for you now that you’re passing the baton to a new editor?

I will be 73 in December, but I don’t foresee retiring just yet. I am heavily involved in my science. I do work on individual differences in cognitive control as mediated by differences in working memory capacity, fluid intelligence, and ability to control attention. My work has been funded by the Air Force and is currently funded by the Navy. Recently, the Office of Naval Research (ONR) asked me to do a project on whether we could improve the predictive validity of the Armed Services Vocational Battery (ASVAB), the test used by all the military branches to assign recruits to jobs. We just finished a lab-based study in which our attention-control tasks added over 20% to the ability of the ASVAB to predict performance on a multitasking proxy for work. We are beginning an assessment with pilot and air-traffic-control trainees to see whether attention control measures help predict success in training.

There are two interesting aspects to this work that are rather striking to me. One, someone at ONR told me that if we found the same improvement in predictive validity with real recruits in real jobs, it would save the American taxpayers $500 million EVERY year. Second is a strong suggestion that basic measures of attention control and working memory capacity bring you this improvement in selection while also decreasing adverse impact. Our measures of basic cognitive components are quite simple but nevertheless demanding.

APS William James Fellow Nora S. Newcombe has begun her 4-year term as Editor of Psychological Science in the Public Interest. Newcombe is the Laura H. Carnell Professor of Psychology at Temple University. She researches

Psychological Science Editor in Chief D. Stephen Lindsay is promoting a variety of ways to solidify the scientific rigor in articles published in APS’s flagship journal. Lindsay was named Editor in Chief this past spring