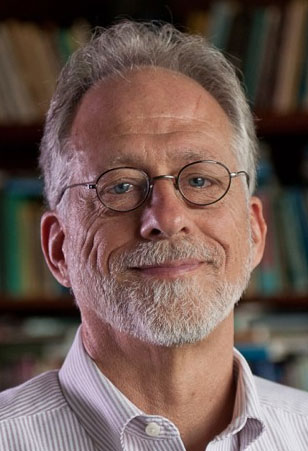 On December 2, 2011, Michael Tomasello was awarded the Klaus J. Jacobs Research Prize in a ceremony held at the University of Zurich. The prize included an endowment of 1.2 million Swiss francs, which will support Tomasello’s research on cooperation between young children.

By studying 1- to 4-year-old human children as well as chimpanzees, gorillas, and orangutans, Tomasello has provided groundbreaking insights into cooperation and how it influences cognition. He suggests that 2-year-old humans relate to their environment in a similar way that 2-year-olds from other great ape species relate to it. The key difference between young humans and their closest ape-family relatives is that humans are better at communicating and collaborating with others.

In the lab, Tomasello and his collaborators tested the cognitive skills of human infants and non-human apes of the same age. The infants didn’t outperform the apes on tests related to space, quantity, or causality. However, they did outperform the apes on tests related to social skills. Tomesello proposes that this propensity to cooperate serves as the basis of human language and permits humans to create cultural groups.

The J. Jacobs Research Prize will permit Tomasello to explore new directions in his research. “The money allows you to do some research things that you wouldn’t otherwise be able to do,” he said in a press statement from the Jacobs Foundation, “In particular, it allows you to plan larger research projects with a greater time horizon.”