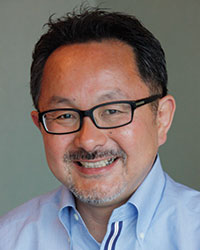 In the United States, the squeaky wheel gets the grease. In Japan, the nail that is sticking up shall get pounded down. Although admittedly simplistic, anyone who has spent time in these two cultures can attest to some fundamental truth in these cultural axioms. Social norms vary sharply across cultural groups and, importantly, remain so even though the world is becoming increasingly flat, with air travel, the Internet, and other means of transportation and communication connecting people like never before.

For a long time, social and behavioral scientists assumed that cultural norms regulate social behaviors by providing explicit rules to follow — and possible punishments for non-conformity. Emerging lines of research on culture and the brain, however, suggest that the situation is far more complex: Cultural norms give rise to different social behaviors because they may establish, through socialization over time, psychological tendencies that are active, autonomous, and spontaneous. In short, it has become increasingly sensible to conceptualize human nature as interactions between genes, environment, and the brain.

This view represents the very core of cultural neuroscience, a rapidly emerging field at the interface of several social, behavioral, and biological disciplines.

A key concept in the field of cultural neuroscience is neuroplasticity. Patterns of brain activity change when the person actively engages in certain psychological tasks on a regular, repeated basis. For example, Tibetan monks who are highly skilled in a meditation practice involving “unconditional compassion” show a strikingly greater volume of a high-frequency brain wave, called gamma wave (which is typically associated with extremely high mental concentration in a task at hand), as compared to novices. Critically, the gamma wave increases as a function of the number of hours the monks devote to the practice.

Similarly, driving a taxicab in a complex, European city like London without any modern navigation devices year after year increases the volume of the posterior part of the hippocampi (the area in the brain that plays a crucial role in spatial navigation). This is remarkable because hippocampi are known to “shrink” as one gets older.

Another example of neuroplasticity comes from repeated use of cultural tools such as the abacus. In performing mental arithmetic (e.g., 35 + 29 = ?), ordinary people tend to engage language areas of the brain. In contrast, abacus experts engage more posterior spatial processing areas of the brain. Again, this effect increases as a function of training and experience.

Meditation, cab driving, and abacus use are only three of numerous tasks people carry out in daily life. Culture plays a critical role in all of these tasks. For example, North American societal norms center on self-expression, self-promotion, and personal advancement.  Those values, with foundations in Protestantism and neoclassic economics theory, have been preserved in the culture over generations.

In Asian cultures, people work to “fit in” or adjust to social expectations, and to show sympathy and empathy toward others.  Underlying all these cultural values, rooted in Confucianism and other collectivist philosophies, is a model of the person as interdependent and socially and interpersonally motivated.

And just as monks’ and cabbies’ practices are inscribed in their neurons over time, the cultural values and practices that surround us as we develop become enmeshed in our brain activity.

Culture and the Brain

For example, recent brain imaging research shows that the brain areas that are implicated in one’s self concept vary in individuals from different cultures. When asked to judge whether certain personal and social characteristics (e.g., “kind,” “a good group member”) would apply to the self, individuals recruit certain brain areas, most notably the medial prefrontal cortex (mPFC). However, when similar judgments are made from another person’s perspective, a distinct region far back in the brain, called the temporal parietal junction (TPJ), is recruited. Interestingly, when Western Europeans were tested, it was primarily mPFC that was recruited when they were cued to make self-judgments. However, when Chinese were tested, it was a network involving both mPFC and TPJ that was activated to carry out the self-referential judgment. This suggests that Chinese participants spontaneously took perspectives of others when drawing inferences about themselves.

It may come as no surprise that people from Western, independent cultural backgrounds struggle when placed in situations that require them to suppress their emotions. “Keeping your cool” directly conflicts with the primary cultural value of emotional expressiveness. If one has an interdependent, socially embedded self, however, the standard is to manage and, if necessary, suppress emotions, especially if expressing them can interfere with social harmony and cohesion. Individuals socialized in this latter cultural tradition may control not only external displays of emotion, but internal indicators, as well. This possibility, however, is difficult to test empirically with traditional behavioral measures alone: How can we know that a research participant is telling the truth about his or her emotional state?

In a recent study, we addressed this dilemma by examining the brain’s electrical activity following an emotional visual stimulus (e.g., dead body, huge spider). The particular spike we looked at (called the late positive potential, or LPP) is a reasonable proxy of emotional experience. When European-American participants were exposed to emotional stimuli and asked to suppress their emotional expressions, they showed no decrease of LPP, indicating that they continued to experience the emotion induced by the stimuli even when they tried to hide their emotions on their faces. Interestingly, these participants show increased activity in frontal regions of the brain, indicating that they experienced a lot of conflict while trying to suppress expression of their emotions.

We observed a different pattern for Asian participants. When asked to suppress their emotions, these participants initially showed strong LPP spikes, suggesting that they indeed experienced certain emotions. But within a fraction of second, that increased brain activity dissipated, and there were no indications that the participants were experiencing any internal conflict. Apparently, our Asian participants had no problem regulating the internal emotions that had been induced by the impinging stimulus.

Theoretically, such cross-cultural brain differences happen because of active, repeated engagement in pertinent cultural tasks. Consistent with this line of analysis, most of these effects are predicted by personally endorsed values of independence or interdependence.

But how will people acquire cultural values of independence or interdependence to begin with? Are there any individual differences? That is, are some people more likely to acquire their culture’s dominant values than some others and, if so, why?

The answers may be found by adding genetics into the research mix.

A wide body of research points to psychiatric symptoms such as depression and anxiety as the result of certain interactions between genes and social or environmental factors. Yet, a significant source of environmental influences is culture, raising the possibility that cultural influences might also vary as a function of some particular genes.

A gene that is particularly important in considering cultural evolution and change is the dopamine D4 receptor gene (DRD4). This gene regulates the brain’s capacity to transmit dopamine signals, which play a role in reward-focused behavior. Carriers of gene variants associated with higher dopamine signaling may be more sensitive to rewards (and perhaps punishments) from the environment. Indeed, research suggests that carriers of the high dopamine gene variant are more vulnerable to succumbing to risky temptations like sex and drugs. But in an environment organized around independence and interdependence , culturally sanctioned behaviors are likely to be reinforced by rewards, such as  social approval by parents and peers.  In these situations, carriers of the high dopamine variant may embrace the relevant cultural values more effectively and internalize them more deeply compared to non-carriers.

Recently, we tested approximately 400 undergraduates at an elite American university. About half of them were of European descent, while the remaining half were native Asians, none of whom had spent more than 7 years in the US at the time. They filled out a series of self-report scales designed to assess their self-perception, self-esteem, and other aspects of independence, as well as their sense of interdependence. Replicating many previous studies, we found that European Americans were both more independent and less interdependent compared to Asians. Importantly, this cultural difference was quite pronounced for those Asians and European Americans who carried a high-dopamine variant of DRD4. In fact, among non-carriers of these high dopamine gene variants, the cultural difference was absent. It appears, then, that the high dopamine gene variant carriers play some kind of special role in sustaining the values and beliefs of their culture.

Ultimately, all of this research may be instrumental in forging a new way of thinking about nature and nurture.  Brain patterns are shaped by a variety of cultural and environmental inputs, and genes somehow interact with this relationship.  The resulting product is thus sociocultural as much as it is biological.  We are approaching a whole new conception of what it means to be human.

I want a perspective from an anthropologist.

The science of culture is the anthropology, could be more rich a perspective from a antrhopologist for that reason

This is a really fascinating study area and an enlightening article; thank you. Additionally, it would be interesting to include the role of language into that research area, because language is not only filled with cultural experience but also implicitly transports cultural norms and influences social behaviors as evidenced by the research on affect control theory (ACT), see Heise, D. R. (2007). Expressive order. Confirming sentiments in social actions. Berlin: Springer.
Heise, D. R. (2010). Surveying cultures. Discovering shared conceptions and sentiments. Hoboken, NJ: Wiley.
ACT is a precise, mathematically based theory with point predictions for culturally based cognitions, emotions and behaviors transported via the affective content of language as measured by the semantic differential. It has been confirmed experimentally (e.g. Schröder, T. & Scholl, W. (2009). Affective dynamics of leadership: An experimental test of affect control theory. Social Psychology Quarterly, 72, 180-197.), applied cross-culturally (Schröder, T., Rogers, K. B., Ike, S., Mell, J., & Scholl, W. (2013). Affective meanings of stereotyped social groups in cross-cultural comparison. Group Processes & Intergroup Relations, 16, 717-733.) and it could be extended even to the prediction of non-verbal behavior (Schröder, T., Netzel, J., Schermuly, C. C., & Scholl, W. (2013). Culture-constrained affective consistency of interpersonal behavior: A test of affect control theory with nonverbal expressions. Social Psychology, 44, 47-58.) Unfortunately, ACT is almost completely unknown among psychologists because it originated in sociological social psychology. But this is only ethnocentrism of another kind which could easily be changed.

Shinobu Kitayama is an APS Fellow. Kitayama is Robert B. Zajonc Collegiate Professor of Psychology and director of the Center for Culture, Mind, and the Brain at the University of Michigan. He also co-directs the Summer Institute of Cultural Neuroscience held in Ann Arbor in July every year. His most recent work addresses gene x culture interaction and links between culture and health. He can be contacted at kitayama@umich.edu.