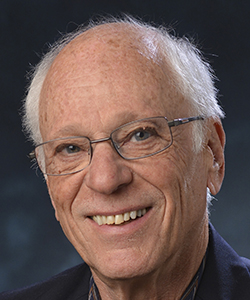 The awards were created by industrialist H. Charles Grawemeyer to “pay tribute to the power of creative ideas, emphasizing the impact a single idea can have on the world.” The honor includes a $100,000 cash prize.

Maier is being recognized for discovering a “brain mechanism that not only produces resilience to trauma but also aids in coping with future adversity.” In the 1960s and 1970s, Maier worked with Martin Seligman, an APS James McKeen Cattell Fellow and William James Fellow, on the concept of “learned helplessness.” They proposed that when faced with uncontrollable stress, animals learn to reduce their motivation to cope with later stress.

In the 1990s, Maier continued this work by focusing on how the presence of behavioral control blunts the impact of adverse events and identified neural mechanisms that produce resilience.

“I knew that I had been nominated for the award, but I had totally forgotten about it given the eminence of the previous winners, all absolute leaders and giants,” Maier said of the honor. “I did not see myself fitting this mold at all, and so was totally flabbergasted when told that I was the winner for 2016. Makes me think that maybe I’ve done something lasting.”