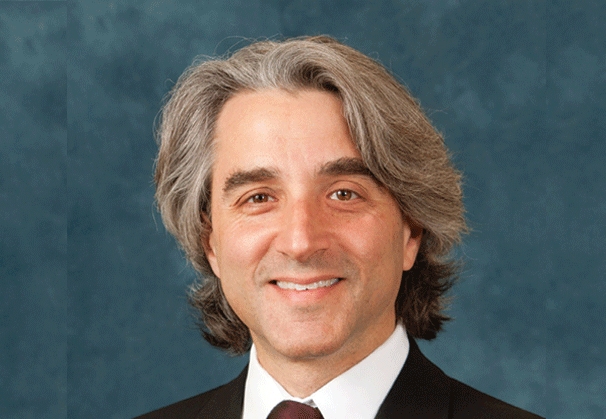 The National Science Foundation (NSF) has selected Arthur “Skip” Lupia to head the Directorate for Social, Behavioral, and Economic Sciences (SBE), which oversees most of NSF’s funding for psychological science research. Lupia is the Hal R. Varian Collegiate Professor of Political Science at the University of Michigan, a Carnegie and Guggenheim Fellow, and is well-known for his expertise in decision making and science communication. In a Q&A with the Observer, Lupia talks about future directions for behavioral science at NSF.

During your career, you’ve been in the vanguard of leadership in science policy. Now, you are the highest-ranking SBE scientist at NSF, and you will have a seat at the table when critical budget decisions are being made. How do you envision making the case for stronger support of our sciences in this process?

Thank you for asking this question. First, we need to better articulate the value proposition. I think that SBE science has never been stronger than it is today — in terms of the range of data we collect, analyze, and interpret; the increasing diversity of our scholars and methods; and the increasing influence of our work on so many facets of life. Yet few of us were trained to describe the benefits of our research to nonspecialists. Moreover, the topics of SBE science are so familiar that some people have a hard time believing that science can produce valuable and nonobvious insights. So we need more people who can tell these stories more effectively. When more nonscientists can tell themselves stories about how SBE science was the critical ingredient in producing important outcomes, it is easier for them to be our allies. So I am working to create strong, iconic, human-scale narratives about the transformative power of SBE science.

While some members of Congress seem to view behavioral science as a liability, many understand the value of the work we do — as evidenced most recently by APS Past President Mahzarin Banaji and her colleagues receiving the Golden Goose Award, which recognizes federally funded basic research that leads to major breakthroughs. How will you leverage that and similar support among policymakers on behalf of the field?

First, I want to join everyone else in congratulating Mahzarin Banaji, Tony Greenwald, and Brian Nosek on their incredible honor. I attended the ceremony. The importance of basic research in the SBE sciences received multiple endorsements and shout-outs. Big night for them and for all of us in the SBE community.

Now to the question of support. At NSF, we work for the country as a whole and Congress funds us. We are grateful for their support. To build support for basic research, my approach is to first listen. I will listen to any member of Congress’s concerns and work diligently to help our organization find ways to address their needs through NSF’s vital mission. In many cases, when I listen to a member of Congress, particularly when they are describing how they want to serve our country, I am able to link their concerns to basic SBE research and describe ways that it is improving the lives of their citizens, helping improve safety and security, helping to make farms, offices, and factories more efficient, and helping a wide range of public- and private-sector entities deliver critical services more effectively. I often find that when we can demonstrate value to them, they are happier to support us.

Increasingly, we are seeing the SBE Directorate focus on supporting cross-directorate initiatives (e.g., NSF’s 10 Big Ideas). What does this mean for core programs in psychological science and related areas?

The Big Ideas are a big deal at NSF. They are an attempt to address critical concerns. They are structured in ways that encourage broad interdisciplinary collaboration. These attributes of the Big Ideas have captured the attention of many people in Washington and are helping more than a few more forcefully articulate the importance of supporting basic research. In this new program are amazing opportunities for scholars who want to do transformative cross-disciplinary or interdisciplinary research. That said, basic research is the organization’s calling card. That work happens in disciplines. Core programs are not going away. They are the heart and soul of the place.

Recently, President Trump selected meteorologist and former National Science Board (NSB) member Kelvin Droegemeier to head the White House Office of Science and Technology Policy (OSTP). As a member of the NSB, Droegemeier voiced strong support for behavioral science, and the NSB recognized APS Fellow Kristina Olson with the Alan T. Waterman Award, NSF’s top honor for early-career scientists. (We’re pleased to note that APS nominated her.) How do you plan to engage Droegemeier, OSTP, and the NSB during your tenure at NSF?

Great question. I think that Professor Droegemeier is a great choice. He is not only a groundbreaking scholar in his field, but he has a very broad intellect. He is an outstanding leader and collaborator. I know this because he brought me into one of his projects several years ago — an intellectually diverse group — and managed it with spectacular effectiveness. Thinking I might be managing a bigger endeavor someday, I was taking notes on his leadership style. It was a master class.

With Professor Droegemeier, OSTP, and NSB, my initial approach is to learn as much as possible about what they need and to be as helpful as possible to their respective missions. With this approach, understanding evolves and collaborations emerge. I already have relationships with a number of people in these organizations and I enjoy working with them.

As you know, APS has a long history of advocating for behavioral science — in fact, we even led efforts to establish the SBE Directorate. We very much look forward to working with you in your new role. What can organizations like ours do to support you and SBE?

This is an opportune time for me to thank your organization and all of its members, not just for supporting SBE, but for all that you do on a daily basis to advance science, teach the next generations, and serve society. Sometimes, I think that we can get lulled into taking one another for granted — I want to avoid that. I am deeply grateful for what your organization does. Building a means for you to accomplish even bigger things in the future motivated me to come to Washington.

How to support us? Send great proposals. We can’t fund proposals that we don’t get. If you are not sure about how to approach NSF, contact one of our program officers. They know how our review processes work and about foundation priorities. I have met nearly all of them at this point. They work really hard and are all highly motivated to fund that next study that will transform science.

Although you’ve spent plenty of time in the Washington policy arena, this is the first you’ve worked in government full-time. How’s the transition from academic life going? What are some of the big differences between academia and life inside the Beltway?

The biggest difference is the pace. I tell people that my welcome mat was a tidal wave. My average day is a 10-hour sprint. I do this for two reasons. One: There’s a lot of work to do. Second: I want to show my support for NSF’s staff and let them know that I’m “all in.” Our staff is amazing. They are so dedicated.  They make everything work.

I think that the transition is going well. I want to be as effective as possible and sooner rather than later. That keeps me focused and has made the transition easier.

How did you get the nickname Skip?

Parental compromise. I have the same name as my father, so I was going to need a nickname right from the start. My dad’s best friend was a man named Orick Manson. He was the goalie on my dad’s hockey team. His nickname was Skip. After a week of testing other nicknames, they tried that one. It stuck. I publish under my given name, but Skip is what my friends call me.

Again, thank you for all of the ways that you advance science and serve others.

To learn more about the establishment of the SBE Directorate, read “NSF Directorate: Yes!” from the November 1991 issue of the APS Observer here.