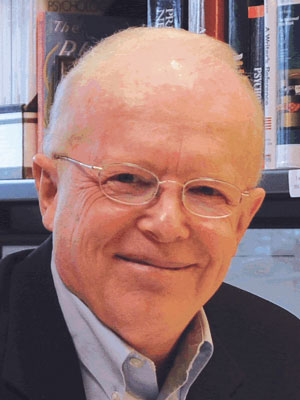 Turning 76 years old in a week, and still loving what I do, I find myself inspired by two recent emails. One, from social psychologist Thomas Pettigrew, age 87, responded to my welcoming his latest work by attaching 14 of his recent publications. The second, from C. Nathan DeWall, pointed me to an interesting new article coauthored by developmental psychologist Walter Mischel, age 88 (who, sadly, died just hours before this essay was posted).

That got me thinking about other long-lived people who have found their enduring calling in psychological science. My late friend Charles Brewer, the longtime editor of Teaching of Psychology (who once told me he took 2 days a year off: Christmas and Easter), taught at Furman University until he was nearly 82, occupied his office until age 83, and was still authoring into his 80s.

But Charles’s longevity was exceeded by that of:

And in earlier times, my historian-of-psychology friend Ludy Benjamin tells me, Wilhelm Wundt taught until 85 and supervised his last doctoral student at 87, and Robert Woodworth lectured at Columbia University until 89 and published his last work at 90.*

So, I then wondered, who of today’s living psychological scientists, in addition to Pettigrew and Mischel, are still publishing at age 85 and beyond? Daniel Kahneman and Paul Ekman almost qualify, but at 84 are youngsters compared to those below. Here’s my preliminary short list — other nominees welcome! — with their most recent PsycINFO publication. (Given the era in which members of their age received PhDs, most are — no surprise — men.)

Bandura, A. (2016). Moral disengagement: How people do harm and live with themselves. New York, NY: Worth Publishers.

And a drum roll for:

At age 100, she still, I’m told, comes in a couple times a week to the Montreal Neurological Institute, which recently celebrated her centennial (with thanks to Melvin Goodale for the photo at right).

Life is a gift that ends unpredictably. Having already exceeded my at-birth life expectancy, I am grateful for the life I have had. But as one who still loves learning and writing (and can think of nothing else I’d rather do), why not emulate these esteemed colleagues while I continue to be blessed with health, energy, and this enduring sense of calling?

*The “major early women psychologists” — Mary Calkins, Margaret Washburn, Christine Ladd-Franklin, Helen Woolley, Leta Hollingworth — all died before age 85, reported Benjamin, who added that some other psychological scientists have stayed too long in the profession without knowing “when to hang up their spikes” and make way for fresh faces in the classroom and laboratory.

This article is a adapted from his personal blog. For Myers’ other weekly essays on psychological science and everyday life, visit TalkPsych.com. 

I too am still publishing, at age 88.

Thank you and kudos, Jean. I will add you to my mental list . . . and hope to emulate you.
Dave Myers

Thanks Dave, for recognizing our older colleagues, for your own continuing work, and for inspiring me to keep on trucking.

This is a welcome reminder of the splendid work of many senior colleagues. Having turned 79 last week, it is also inspirational. Thank you!
BTW: I had the pleasure of helping Bob Sternberg and Susan Fiske edit the book cited twice in your blog, Scientists Making a Difference. It includes 98 other great personal contributions from (mostly) senior colleagues, including many of the people you mentioned. Many readers of this note would enjoy them, I think, as would some budding scholars and students. (Royalties go to the Federation of Associations in Behavioral and Brain Sciences: FABBS.)