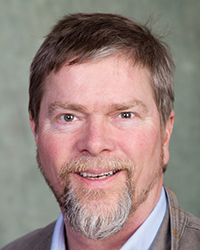 APS Fellow Eric Eich, who began serving as Editor in Chief of Psychological Science in 2013, has passed the reins to Interim Editor D. Stephen Lindsay, who began his term on July 1. Eich, a professor of psychology at the University of British Columbia in Vancouver, Canada, is exiting his editorial post to serve as Vice Provost and Associate Vice President of Academic Affairs at that university. Lindsay is an APS Fellow and a professor and acting chair of the Department of Psychology at the University of Victoria, Canada, and he has served as an Associate Editor for the journal since 2013. In his research, Lindsay focuses on memory and cognition, specifically exploring the experience of remembering and its practical applications, such as in eyewitness testimony. APS Fellow Colleen M. Kelley of Florida State University replaces Lindsay as an Associate Editor. Kelley’s expertise also lies in the realm of memory; in her lab, she examines aspects such as memory retrieval, the interaction of emotion and memory, and directed forgetting.