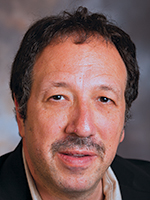 Lilienfeld is a professor of psychology at Emory University and an advocate for evidence-based treatments and methods within the field.  His clinical work has primarily focused on psychopathy; he developed the Psychopathic Personality Inventory (PPI-R), a 154-item personality test developed to be taken by general, rather than clinical, populations. The PPI-R provides an indication of traits associated with psychopathy without linking them to specific behaviors.

Lilienfeld has served as Associate Editor of the Journal of Abnormal Psychology and as an editorial board member of several journals, including Perspectives on Psychological Science.

Look for an interview with Lilienfeld about his plans for CPS in an upcoming issue of the Observer.