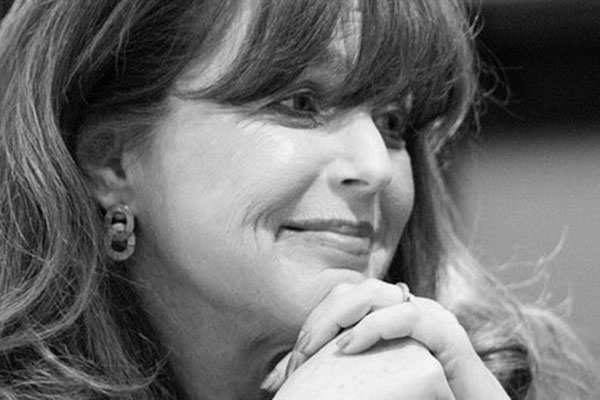 Marathons push runners to their limits. To prepare, athletes run dozens of miles per week, eat carb-rich diets, and learn to listen to their bodies, spacing out training and recovery days to avoid running themselves into the ground.

Similarly, cognitive psychologists have shown that skill development works best when students engage incrementally and repeatedly with new materials across time. Much like a runner who prepares for a marathon by training just once a week, students who try to pass a class by cramming a week’s worth of readings and assignments into a single night, or even a few hours, may fall short of the finish line, says APS Past President Morton Ann Gernsbacher, Sir Frederic C. Bartlett Professor of Psychology at the University of Wisconsin-Madison. That’s where Gernsbacher’s innovative series of online classes comes in.

“I really wanted to design a course that manifested the notion of distributed learning,” Gernsbacher said in an interview. “I wanted assignments to be ones that students had to process deeply.”

A 2010 meta-analysis of 50 study effects by the US Department of Education found that online learners performed modestly but consistently better than students in a traditional classroom setting. This boost isn’t due to the medium, but rather to online classes’ potential to capitalize on established principles of learning, Gernsbacher explained.

In that spirit, Gernsbacher’s current online offerings — including “Research Methods” and “Psychological Effects of the Internet” for undergraduate students — are packed with readings, videos, and daily assignments ranging from writing summaries to completing review sheets and creating multimedia term projects. While most college classes meet once or twice a week — making massed study an attractive, and even practical, option, Gernsbacher said — her format encourages students to continuously engage with content multiple times throughout the week.

Students aren’t learning in a vacuum, however. According to the Stanford Study of Writing, Internet-native students are far more experienced at writing for the public than previous generations were at the same age. The idea that no one other than the professor is going to see their work can seem like a wasted opportunity to students who have been blogging and posting on social media since they were young, Gernsbacher said. Showing their work to peers through discussion-board posts and group chats, on the other hand, can push students to perform at a higher level.

“Having that audience is another way that [an online class] really does augment learning,” Gernsbacher said. “I think that it raises the bar.”

The asynchronous communication style common in online environments does double duty by allowing students to engage with materials and their classmates at each person’s optimal time of day, she continued. Many professors may be at an age where they can teach an 8 a.m. power lecture at peak performance, but the data on sleep and aging show that most undergraduate students’ brains don’t hit their strides until later in the day, making early classes a struggle for night owls.

This flexibility also makes it easier for nontraditional students, including those with caretaking responsibilities, returning adults, and working students, to balance classes with their increasingly demanding schedules, Gernsbacher said. When she designed her first online course more than 16 years ago, the idea was to make psychological science classes more accessible to students in remote locations —not those living in apartments half a mile from campus. But the demand was quickly made evident.

“The more I taught online, the more it became clear that those were the students who really wanted to take advantage of that type of learning,” Gernsbacher said.

Gernsbacher likened designing an online course to writing a textbook, although her students aren’t expected to buy any: Outlining weekly units and amassing open-access resources for a semester-long course takes a lot of time and organization, but it’s a very front-loaded process, she explained. Instead of planning as she goes along, Gernsbacher said she likes to have everything laid out ahead of time, with room for adjustments throughout the semester. This way, students, who are required to review the course content before registering for the course know exactly what they’re getting into.

“It’s a deal, it’s a contract that I’m making with the student. ‘This is what I’m going to offer you, and you need to make sure that you’re okay to take this type of course,’” she said.

Despite their potential to deepen learning, promote critical thinking, and enhance writing skills, online courses aren’t for everyone, Gernsbacher recognizes. Some students may need the structure of sitting in a lecture hall twice a week to keep them focused, or may even prefer preparing for a set of make-or-break exams instead of completing a large number of smaller assignments.

“It’s not the case that I think every class should be online [or] every student should be online. Not by any stretch of the imagination,” she explained. For certain students and certain professors, though, online classes can offer a distinct advantage, Gernsbacher said. It all depends on how they’re looking to run the marathon.

US Department of Education. (2010). Evaluation of Evidence-Based Practices in Online Learning: A Meta-Analysis and Review of Online Learning Studies. Washington, DC: Office of Planning, Evaluation, and Policy Development.