A psychological scientist’s paper on self-regulation in children living in poverty has received a special honor from federal health officials. 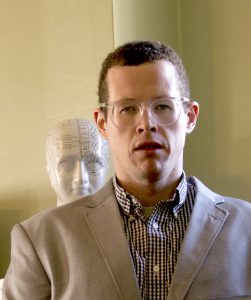 Hanson, an APS Rising Star, was lauded for his paper titled “A family focused intervention influences hippocampal‐prefrontal connectivity through gains in self‐regulation,” published in the journal Child Development. In the paper, Hanson and his coauthors report on the effects of an intervention program on the behavior and brain functioning of individuals living in poverty.

“Poverty can significantly impact mental health, but interventions such as family-centered behavioral programs are a well-supported way of buffering against these effects,” says Hanson, describing his paper.

“We found functional brain connectivity between neural regions involved with memory, decision making, and emotion regulation among children who participated in a family-centered prevention program over 15 years ago,” he explains. “The results provide support for participation in such programs; benefits are not limited to behavioral change, but may extend to structural and functional changes in the brain, as well.”

Hanson attributes his successful career trajectory in part to crucial training opportunities provided by NIH, noting that his research was supported by a predoctoral training grant from the National Institute on Drug Abuse (via the F31 mechanism) and a postdoctoral grant from the National Institute of Child Health and Human Development (via a T32).

“Both were major, positive, inflection points in my career,” says Hanson. “The spot on the T32, at the Carolina Consortium on Human Development, was an ‘intellectual reawakening’; it changed my thinking and the way I thought about research like few other training experiences have.”

“This work and a number of ongoing studies are really reworking how we probe and measure aspects of the brain,” he reports. “Now, we are starting to leverage tools that probe neural circuitry in a form commensurate with the interactive, dynamic, true nature of the brain.”