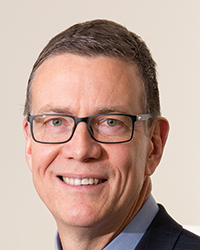 Clinical psychological scientist and APS Fellow James Herbert of Drexel University has been named the next president of The University of New England, the largest private university in Maine. Herbert is replacing Danielle Ripich, who in 2016 announced her intention to step down this year.

Herbert’s research focuses on cognitive behavior therapy; anxiety, mood, and eating disorders; remote Internet-based treatment, and the promotion of evidence-based practice in mental health care. He is known internationally for his writings on pseudoscience in mental health.

Herbert held a variety of administrative roles at Drexel, including interim provost and senior vice president for Academic Affairs, head of the Department of Psychology, interim head of the Department of Biology, associate dean of the College of Arts and Sciences, director of the Anxiety Treatment and Research Program, director of the PhD Program in Clinical Psychology, and president of the University Faculty. He earned his PhD in clinical psychology from the University of North Carolina at Greensboro.