Observer > 2011 > November > J. Frank Yates and a Decision-Making Theory for the Real World 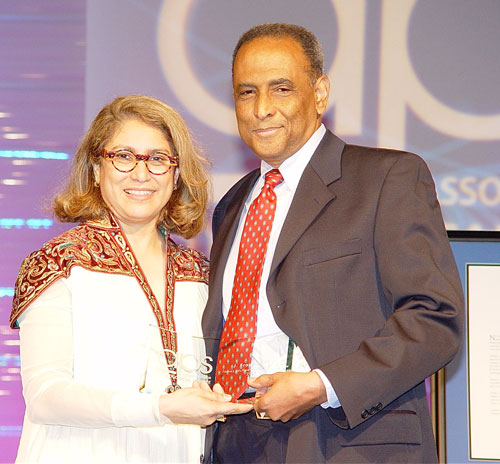 Early in his teaching career, one of J. Frank Yates’ students approached him for help with applying decision theory to her own real-life conundrum: Should she have an Indian marriage or an American marriage? At the time, Yates was perplexed. Decision theory was all but silent on the topic of love.

In the decades between this question and his James McKeen Cattell Fellow Award Address at the 23rd APS Annual Convention, Yates found some answers. By exhaustively exploring the highs and lows of the decision-making spectrum, Yates and his colleagues developed a perspective that can account for decision making in real life, not just the choices that get studied in the laboratory.

This model, known as the Cardinal Issue Perspective, was the focus of Yates’ award address. The model splits decision making into various processing elements that universally occur in a well-made decision. “There is a collection of issues that always come up, and are always resolved, even if it is by default,” Yates said.

It was actually his student’s matrimonial stumper that helped inspire the Cardinal Issue Perspective. Flummoxed by the challenge, Yates was determined to understand these aspects of decision making that hadn’t been explored in the literature.

Through the University of Michigan’s Decision Consortium, he solicited accounts of decisions that couldn’t be explained by the decision-making literature. “I asked people to embarrass decision-making research,” he said. His search turned up decisions and decision-making strategies that hadn’t been explored by the field.

The Decision Consortium also led him into collaborations with the National Transportation Safety Board (NTSB), an organization that examines aviation accidents and incidents, and had already developed models of decision making in aviation that could account for plane crashes.

Building off the airplane flowcharts produced by the NTSB, and stories recounted to him by the Decision Consortium, Yates began to examine the factors that go into a decision crash — a fatal error in the decision-making process.

In this line of research, Yates discovered that “decision theory is very rarely wrong about a decision, but it’s often silent on difficult questions.” The Cardinal Issue Perspective is the result of his effort to generate a decision theory that can account for these difficult questions. The theory can explain decisions about marriage, airplane crashes, and everything in between.

His model describes the issues that arise in every decision-making episode, from deciding whether to make a decision to dealing with the aftermath of it. There are 10 issues. “I know that sounds really cheesy,” admitted Yates, “but it did turn out that way.”

At the core of the model are the issues that have classically been the focus of decision-making research: judgment and tradeoffs. Yates’ work has shown that the brain has a lot more to do before and after these core steps. Issues like identifying a decision or choosing a mode of decision making, or accepting and implementing a decision have been ignored in most historical decision-making research.

The inclusiveness of Yates’ perspective on decision making is what makes his work so remarkable. “Frank’s work is distinguished by realizing the full promise of decision-making research,” said Baruch Fischhoff, Professor of Social and Decision Sciences at Carnegie Mellon.

The perspective doesn’t just explain decision making, it provides a model of the decision process that allows researchers and policymakers to guide their own decision making. Denise Rousseau, Professor of Organizational Behavior at Carnegie Mellon, described the perspective as “hugely important to evidence-based management….it gives people an empirically grounded framework to use and adapt to make better quality organizational decisions….[it] helps make us smarter.”

Observer > 2011 > November > J. Frank Yates and a Decision-Making Theory for the Real World

Where can I find the 10 fundamental questions (Cardinal Issues) and discussion?

You can find them here: http://www.bus.umich.edu/FacultyResearch/Research/DecisionManagement.html