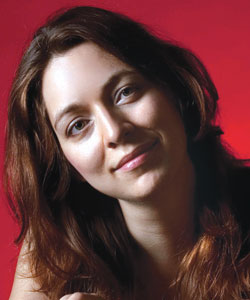 “All people are born alike—except Republicans and Democrats.” – Groucho Marx

In a 2006 American Psychologist article “The end of the end of ideology,” John T. Jost argued that, “although ordinary people by no means pass the strictest tests imaginable for ideological sophistication, most of them do think, feel, and behave in ideologically meaningful and interpretable terms…the causes and consequences of left–right ideological differences await psychologists and other social and behavioral scientists.” (p. 667) He was right. Research on this topic has exploded over the last decade, and has been so popular in recent years that, from my (admittedly biased) viewpoint, if social psychology were a cocktail party, ideology research would be the equivalent of a little black dress.

One potential explanation for this fast and furious renaissance is that few things tantalize psychological scientists more than the possibility of uncharted individual or group variability with real-world significance. The real-world significance of ideological differences has become especially salient in recent years as we witness political and economic crises emerging around the world along with unbridled partisanship and political incivility in the U.S.

Psychological scientists love to look for differences, I thought when I began to study ideology. Just like women and men, liberals and conservatives are probably not from different psychological planets. I bet they’ll look pretty similar when we dig deeper. Since then, social scientists have dug deeper, and their findings have surprised similarity-lovers like me. Shifting their focus beyond sociopolitical and broad personality variables, the overall thrust of recent studies is to examine left-right differences at increasingly lower levels of analysis, from basic emotional, cognitive, and motivational tendencies, to physiological differences in genotypes, brain activation, and brain structure — levels of analysis that have traditionally received less attention in the study of ideology. [1]

In addition to these attentional biases, Dodd et al. (2012) also showed that conservatives had stronger physiological responses (specifically skin conductance) to the aversive stimuli relative to the appetitive ones. This study is an example of another relatively recent trend in this area — the study of the physiological correlates of ideology. Overall, these studies show that liberals’ and conservatives’ distinctive emotional and cognitive profiles produce (or are produced by, we don’t know for sure yet) measurable differences in basic physiology. Overall, these studies are strikingly consistent with the patterns in basic emotional and cognitive processes described earlier in that relative to liberals, conservatives are more vigilant to a variety of potentially aversive or threatening stimuli. For example, Kanai and colleagues (Kanai, Feildem, Firth, & Rees, 2011) used structural MRI to examine differences in brain structures between liberal and conservative young adults and found that liberals had increased gray matter volume in the anterior cingulate cortex (ACC), whereas conservatives had increased volume in the right amygdala. This finding aligns with an earlier observation by Amodio et al. (2007) that liberals showed greater conflict-related activity in the ACC in response to cues for altering a habitual response, as well as with findings that conservatives are more sensitive to threatening stimuli, whose processing might involve the amygdala. Furthermore, Oxley and colleagues (2008) found that individuals with more conservative attitudes were more physiologically sensitive to threatening images and aversive noise blasts. In addition, people who are more physiologically reactive to disgusting images tend to be more conservative and to oppose gay marriage (Smith, Oxley, Hibbing, Alford, & Hibbing, 2011). While this pattern is consistent with the self-report and behavioral studies on disgust and conservatism described earlier, it is interesting to note that these authors found no association between self-reported disgust sensitivity and physiological reactions to disgusting images. More importantly, the two factors were independent and equally strong predictors of opposition to gay marriage. This is a good reminder that, even though physiological measures are sometimes seen as more pure and, let’s be honest, far “sexier” than self-reports, both methods can make unique contributions to our understanding of ideology’s underlying mechanisms.

The remarkable thing about these recent developments is how well they fit with earlier work in political psychology. Jost and colleagues’ well-known meta analysis concluded that the key differences between the left and the right lies in their responses to uncertainty and threat (Jost, Glaser, Kruglanski, & Sulloway, 2003). Indeed, differences in vigilance and threat-sensitivity as well as a preference for order and consistency appear to be borne out in liberals’ and conservatives’ basic emotional, cognitive, and physiological responses.

As a final note, as Dodd et al. (2012) point out, it is important to avoid framing these findings in a way that implicitly, or not so implicitly, paints conservatism in a negative light (e.g. as fearful or rigid). This framing is especially important given that there are very few conservatives among the social and personality psychologists who conduct a lot of this work, and the few who do work in this area report perceiving a hostile climate (Inbar & Lammers, 2012), which is a threatening finding for many of us, liberal or conservative. When characterizing their findings, ideology researchers would do well to remember that sensitivity to threat is essential for survival, change can be destructive as well as constructive, and open-mindedness is good as long as we don’t let our brains fall through.

[1] In addition to differences between ideological groups, these levels of analysis are also increasingly used to study individual variation in political participation. For example, one study found that individuals with high levels of the stress hormone cortisol were less likely to have voted in previous elections (French, Smith, Guck, Alford, & Hibbig, 2011), whereas a simulated voting study showed that preferred candidates elicit greater amygdala activation in both Japanese and U.S. participants (Rule et al., 2010). Return to Text

Sena Koleva is a postdoctoral fellow working with Jesse Graham at the University of Southern California. Her research interests include morality, romantic relationships, attraction, and love, political ideology, religious beliefs, and cultural differences. She is currently investigating the psychological processes underlying everyday moral concerns and failures. She can be contacted at skoleva@uci.edu.