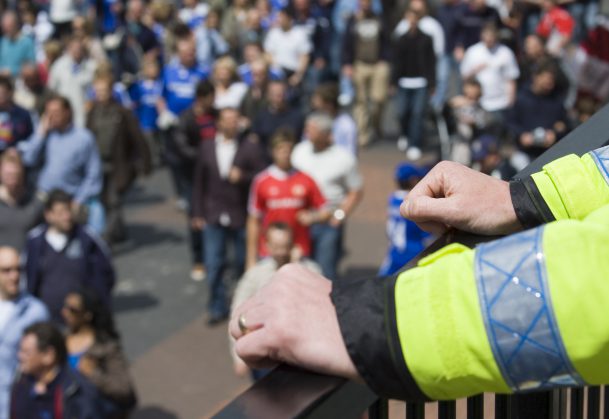 Police and passport officers are in no way immune to the human limitations of matching faces to photo IDs, as research has demonstrated. But psychological scientists have found considerable individual differences in face-recognition ability, and even identified a group of the people who have exceptionally strong skills in this domain.

The London Metropolitan Police Force has tapped people with these talents, creating a specialized unit of “super-recognizers.” These individuals are reported to be able to identify a suspect with whom they had a brief encounter years earlier. Members of this team have taken a battery of scientifically validated tests to verify their aptitude.

APS Fellow Ken Nakayama of Harvard University and University College London neuroscientist Brad Duchaine first began research on super-recognizers after extensively studying people whose performance was at the opposite end of the face-recognition spectrum: those with developmental prosopagnosia, or face blindness, a cognitive condition in which the ability to recognize familiar faces —  including one’s own face — is impaired even though other aspects of visual processing are intact.

Widespread news coverage of their prosopagnosia research prompted several people to contact Duchaine and Nakayama to report that they had what they believed to be the opposite of face blindness — i.e., an uncanny knack for placing a face.

This prompted the collaborators, along with Nakayama’s Harvard colleague Richard Russell (now an associate professor of psychology at Gettysburg College), to test four of these individuals using the Cambridge Face Memory Test (CFMT) — a measure Duchaine and Nakayama had developed originally to diagnose prosopagnosia. Their research received funding from the US National Eye Institute and the United Kingdom’s Economic and Social Research Council (ESRC).

The subjects included three women ranging in age from 26 to 40 and a 31-year-old male, along with 25 control subjects. They took both a Before They Were Famous Test, in which they viewed 56 photographs of famous people when they were children or young adults, and an adapted version of the CFMT.

In the CFMT, subjects first are introduced to target faces for 3 seconds each. The images of each face include two side views and a frontal view, with hair and background cropped out. In the testing phases, participants are shown three faces at a time, one of which includes a target face. They are asked to select the target face from the set. Subsequent test phases are similar, except that the target faces are shown with different poses and lighting and in poor image quality.)

On both tests, the experimental subjects performed far better than control subjects, Duchaine and Nakayama reported.  Based on the results, the researchers challenged the widespread assumption that all people share a similar face-recognition ability. Rather, they said, that capacity may exist on a continuum, with super-recognizers on the high end and prosopagnosics on the low end.

University of York psychological scientists led by A. Michael Burton took the research of Duchaine and Nakayama step further by looking specifically at the London Metropolitan Police Force’s Super-Recognizer Unit. With funding from the European Research Council and the ESRC, the researchers examined four of the unit’s staff using three tests of unfamiliar face matching, including the Glasgow Face Matching Test (GFMT) [see main story], and a Pixelated Lookalikes Test (PLT) — a new measure of familiar-face recognition based on poor image quality. For the PLT, the researchers used photos of 30 famous celebrities along with an image of a lookalike for each of them.

The scientists compared the GFMT results with those of 194 police trainees, and tapped undergraduate students as comparison subjects in the other tests.

Across all the tasks, the four super-recognizers significantly outperformed the control subjects. For instance, police trainees had a mean accuracy rate of 81% on the GFMT, compared with nearly 96% for the super-recognizer group.

The York University scientists say their findings suggest that the face-recognition tests may be useful in future recruitment for law enforcement agencies.

Keefe, P. R. (2016, August). The detectives who never forget a face: London’s new squad of “super-recognizers” could inspire a revolution in policing. The New Yorker. Retrieved from http://www.newyorker.com/magazine/2016/08/22/londons-super-recognizer-police-force