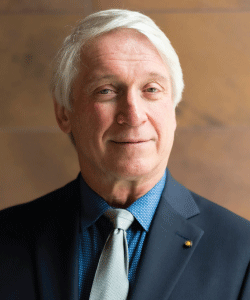 APS James McKeen Cattell Fellow Stephen P. Hinshaw has received the 2019 Ruane Prize for Outstanding Achievement in Child and Adolescent Psychiatry Research for his work on the developmental psychopathology of attention-deficit/hyperactivity disorder (ADHD). The Ruane Prize, awarded by the Brain and Behavior Research Foundation, is one of the most prestigious prizes for research on neuropsychiatric disorders in children and adolescents and includes a cash award of $50,000.

Hinshaw, a professor of child and adolescent psychology at the University of California’s San Francisco and Berkeley campuses, has made transformative contributions to our understanding of both biological and contextual risk factors and interventions for ADHD in girls and women. Since the 1990s, his Girls with ADHD Longitudinal Study has followed 140 individuals diagnosed with ADHD during childhood. This work has revealed the long-term trajectory of the disorder and its potential interventions, as well as the role of family influence, peer rejection, and early trauma.

Hinshaw is codirector of the UCSF-UC Berkeley Schwab Dyslexia and Cognitive Diversity Center. He has authored more than 325 publications and 14 books, including Another Kind of Madness: A Journey Through the Stigma and Hope of Mental Illness, an autobiographical look at the need to break the silence surrounding mental illness. He received the APS James McKeen Cattell Award in 2016 and currently serves on the Psychological Science in the Public Interest editorial board.