In a Cross-Cutting Theme Program at the 30th APS Annual Convention in San Francisco, an integrative panel of researchers from fields ranging from cognitive neuroscience to political psychology discussed how reality monitoring research illuminates our understanding of everything from liberal rage at Donald Trump’s Twitter account to predictions about adolescents’ risk for psychosis. 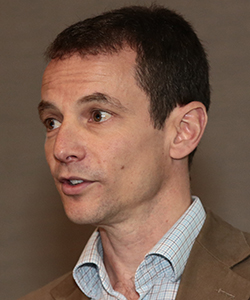 The Brain, the Real, and the Imagined

Across several studies, Simons and colleagues have noted the brain regions that appear to play a prominent role in our ability to determine reality from imagination: for example, a region at the forefront of the brain called the anterior prefrontal cortex and, in particular, a specific brain fold within that region, the paracingulate sulcus (PCS). Neuroimaging studies have shown that activity and connections in these regions may be a useful tool for determining an individual’s proclivity for misattributing imagined internal details for real external ones.

These findings are particularly relevant for understanding clinical conditions. Simons has found that, in study participants with a diagnosis of schizophrenia, the anterior prefrontal region shows reduced activity, and this seems to be associated with reduced reality monitoring performance. Variability in the PCS brain fold can distinguish people who hallucinate from those who do not, which might in the future provide promise as a potential biomarker for subsequent development of schizophrenia or psychosis. 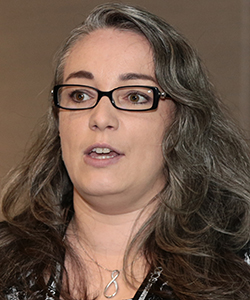 Is This the Real Life? Is This Just Fantasy?

It’s not just our memories that influence our imaginations, but that our imaginations can also influence how we remember, APS Fellow Donna Rose Addis (The University of Auckland) explained. Though we may think of memory and imagination as completely separate processes, they may not be so different after all.

Initially, scientists hypothesized that episodic memory underpins our ability to imagine future events. The details we flexibly extract from distinct memories can be borrowed and rebuilt into our imaginations of future events. Nearly a decade after initially proposing this constructive episodic simulation hypothesis, Addis thinks it’s time to re-evaluate this theory a bit.

“Memories are built from perceptual elements of experience, but they are also infused with the products of our imagination, and sometimes so much so that it can be quite hard to know where it is that memory ends and imagination begins,” Addis explained.

Addis would like to see a shift from conceptualizing memory as the basis of imagination to seeing memory as another form of simulation — one that doesn’t differ fundamentally from imaginations of future and past events. 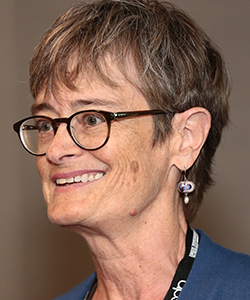 Conventional wisdom holds that young children confuse or mix fantasy with reality. But across 20 years of research, Jacqueline D. Woolley (The University of Texas at Austin) has found that children actually separate fact from fiction better than we recognize.

“Children often are quite skeptical and they use and evaluate evidence using all kinds of tools that are fairly scientific and analytic,” Woolley said.

We don’t make it easy for children to learn the distinction between reality and fantasy, Woolley noted. Parents teach children about fantastical beings like Santa Claus, and children read about and observe characters performing impossible events in books and on TV. Yet Woolley’s research shows that even young children master numerous skills that allow them to reason about reality, including using the fit between their knowledge of the real world and new information they may encounter to make reality status judgments.

Thus, although deciding whether something is real or fantastical might seem a simple judgment, Woolley argues, behind it lies a complex set of operations that can tell us a lot about how we think in general. 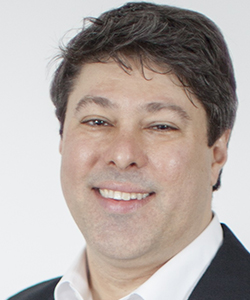 Your Reality or Mine?

Though we may be experiencing the same events, our perceptions and interpretations of our shared realities may be very different. As a timely example of this phenomenon, APS Fellow John T. Jost (New York University) uses liberal reactions to Donald Trump and a rising swell of global support for authoritarianism.

In some all-important ways, liberals and conservatives differ psychologically, contributing to the polarization now sweeping the United States, Jost explained.

Research in political psychology has shown that highly threatening historical periods can be accompanied by an increase in authoritarianism in the general population. Extreme right-wing movements — like those that have emerged in the United States, Israel, and Europe —thrive under conditions of threat and anxiety.

Jost says Trump drives liberals “crazy” largely because liberal values avoid elevating one set of values over others, even when one of those ideologies is seen as abhorrent. Conservative philosophy (and psychology) does not struggle with the same internal contradictions. This “liberal conundrum” simply cannot be resolved ideologically, philosophically, or psychologically, Jost said.

Serving as a panel discussant, APS Fellow Steven Sloman (Brown University) elaborated on how our perceptions of knowledge — particularly when it comes to politics and policy — don’t always line up with the reality.

“People can’t know everything there is to know, so we rely on others — there’s a division of cognitive labor,” Sloman explained. “When we talk about our individual beliefs, we’re really talking about our communal beliefs, and the question of what it is we know becomes a question of who we trust.”

We have a false sense of personal knowledge called “the illusion of explanatory depth.” Our sense of understanding is a kind of hallucination, Sloman explained, that emerges from the belief in others’ understanding.