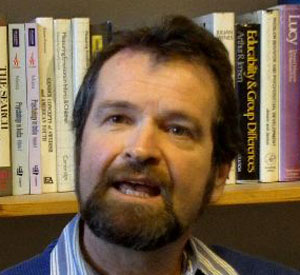 A little over two years ago, the Observer asked me to describe how British Universities were funded. I indicated at the time that change was anticipated, but no one expected such a thorough revision of the funding structure. As a result, the Observer requested an update.

It’s important to note at the outset that, with one exception, all but two universities in the UK are public rather than private entities. As such, they have four basic sources of income: fees, government support for teaching, government subsidies for research, and research grant income. All four sources of funding have changed dramatically in the last few years.

Until 2006, British students paid no tuition, and many students could also count on maintenance grants to help cover their living expenses. Endorsing a process that began under their predecessors, the Labour government decided in the late 1990s to introduce tuition fees, but capped them at £3,000 (about $4,600) per year — which quickly became the standard. Students could borrow at a reasonable interest rate and begin repayments after they graduated.  Soon after taking office in 2010, however, the Conservative/Liberal Democrat government raised the fee ceiling for 2012 to £9,000 (about $15,000) per year. The government expected that actual fees would vary over a wide range (essentially £3,000 to £9,000), but because universities also had other sources of revenue cut quite severely, the vast majority decided to set their fees for 2012 at or near the ceiling.

The new government also sought to alter the formula governing the teaching support for universities in ways that gave priority to STEM (science, technology, engineering, and mathematics) subjects. Whereas these subjects previously received a per capita premium, the new scheme nearly eliminated support for the humanities and social sciences. Now support is focused on STEM subjects (including psychological science), but the total funding level is significantly lower than it was before, and it’s divided differently among universities, depending on the number of students in different departments.

The ruling Conservatives and Liberal Democrats maintained existing plans for evaluating research quality through Research Assessment Exercises, the latest of which — now called the Research Evaluation Framework (REF) — is scheduled for 2014. In these exercises, expert panels review the quality of research conducted by staff at each university and then create composite scores measuring the overall quality of work conducted in each department or set of departments. These scores, weighted for the number of staff in each department at each university, determine the level of government funding for research infrastructure, but the new government altered the formula by giving even greater rewards for internationally outstanding research and reducing the rewards for research that was only deemed excellent. In addition, the total amount of money set aside for distribution to the universities
declined.

As in other countries, fiscal austerity has forced reductions in the budgets of all the Research Councils, making it increasingly difficult for researchers to get their projects funded and increasing the pressure on private charities (especially the Wellcome Trust Foundation, which funds a considerable amount of biomedical research).

All of these changes have had, and continue to have, major implications for British universities and students. As indicated earlier, universities have felt impelled to increase their fees dramatically for 2012 to compensate for significant reductions in the income they receive from the government, even though they are required to use some of the resulting funds to support bursaries for students from less well-off families. They will also face difficult internal dynamics, with the relatively well-supported STEM departments having to subsidize the impoverished arts and humanities departments. Furthermore, a sector that has enjoyed several years of expansion must now adapt to a funding regime that will focus resources more narrowly on universities that have a strong research profile, especially in STEM subjects. It seems likely that increasing proportions of the government’s support for tertiary education will be channeled toward the research-intensive universities that comprise the Russell Group,  and that the postgraduate students trained in those institutions will have increasing difficulty finding jobs at universities with the infrastructure they need to foster their own research careers.

The new emphasis on “research with impact” also deserves comment. To encourage public support for the funding of academic research, the previous Labour government urged that assessments of research quality should consider the real-world impact of that research, and this idea has been endorsed by the new government, too. Impact will be assessed for the first time in the 2014 REF, and the reviewing panels have been struggling to develop appropriate metrics to assess impact comparably across the entire university sector when some research informs policy debates, other research affects teaching methods and public policy, and other research informs the development of treatments or drugs. Impact will account for 20% of the overall research ratings in 2014, although it is official policy to increase the weighting in the future. In theory, research can be deemed equivalently influential if it leads to a change in government policy or the development of a new drug, but there remains some controversy about the extent to which this approach is desirable or appropriate. There is also concern about the decision to reward the institutions where the impactful research took place, even when the researchers themselves have moved on and are thus unable to claim that their own research had an impact!

As far as students are concerned, there is widespread concern that tuition-price shock will discourage students from going to university, especially if they come from less wealthy families who cannot afford both fees and living expenses that may amount to an additional £7,000 to £12,000, depending on where the university is located. To put the fees in context, note that the median income for a British family with two working adults is £40,000 per annum. These families do not have £15,000 a year to support a university student and would need to borrow. Although most students would not start paying loans back until they had started earning a decent wage (over £23,000 per annum), under the new scheme, the actual debt levels involved already seem to be frightening off students who do not come from middle class families. Already, statistics show substantial declines in the numbers of students applying for university places in 2012. Those who do attend university are expected to view themselves as consumers more avidly than ever before, and they may question the quality of the teaching they receive in exchange for elevated fees at exactly the time that universities are cutting back on their per-student investment to cope with their own straitened circumstances.

The picture is a little better for students in Scotland and Wales ,where the funding schemes are different in some respects. For example, the Scottish government has refused to impose fees on Scottish students ,although students from south of the border will have to pay fees. The Welsh government increased fees, but Welsh students will get a grant that keeps their fees at just under £3,500 per year, so Welsh and Scottish students will be comparably better off than their English peers in the near future. The big question is: How many English students will now look outside the UK for higher education? Already, applications to Dutch universities that teach in English have risen dramatically, and fee discrepancies are to blame. American and Canadian universities may start to attract British students, too!

Any significant reduction in enrollment at UK universities could not come at a worse time for institutions that are increasingly dependent on fee income, because another potential source of income (foreign-student fees) is also under threat. Foreign students (that is, those from outside the EU) have hitherto paid much higher fees than home students, but the new government is committed to stricter border controls and has promised to reduce the number of student visas dramatically.

Clearly, British universities can look forward to tough times. But the misery will not be shared equally. The research-intensive universities will do much better than others in the emergent system, although they will be at a competitive disadvantage relative to their peers in other countries, especially where private universities have large endowments to cushion their budgets. Other British universities will be under increased strain; many have started to lay off faculty and have streamlined their offerings so they can survive. Some may well fail, especially if the number of new enrollments falls significantly. Dark days lie ahead.

Michael Lamb is an APS Fellow and head of the division of social and developmental psychology at the University of Cambridge. From 2006 to 2011, he was a member of the UK Economic and Social Research Council, and he is currently a member of the REF 2014 subpanel for psychology, psychiatry and neuroscience. He can be contacted at mel37@cam.ac.uk.