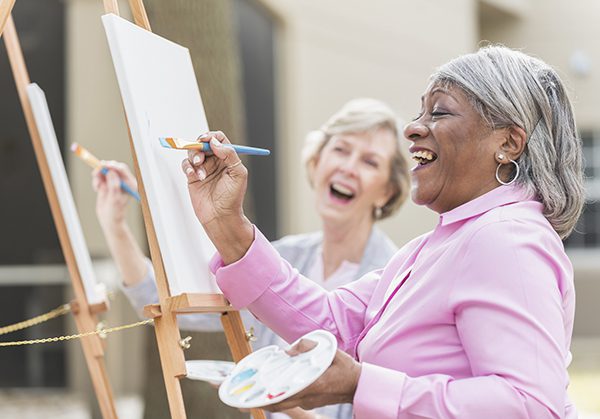 That our bodies and minds change as we age past midlife is a developmental fact — but what it means to age successfully remains an open scientific question. What differentiates those adults who seem to have vibrant and full lives through their 60s, 70s, 80s, and 90s from those who don’t? And are there evidence-based ways to actively promote cognitive and mental health as we age?

A panel of researchers explored these questions, integrating physiological, psychological, and sociological perspectives, in a symposium at the 2017 International Convention of Psychological Science in Vienna, Austria.

Today, older adults seem to be a prime demographic for marketers. With age-targeted advertisements promoting everything from adventure-filled vacations to advanced education, there is no shortage of products and opportunities to help older adults live their “best lives.” And yet, the idea that thriving in older adulthood was an outcome to strive for is a relatively recent one. It was only 30 years ago that physician and researcher John W. Rowe and psychological scientist Robert L. Kahn challenged the research community to go beyond the notion of “normal” aging, which necessarily entailed some degree of decline, noted symposium chair Corinna E. Loeckenhoff (Cornell University).

Some might argue that “successful aging has turned into a contemporary obsession,” she added, and the concept of successful aging, however it is defined, may not generalize across cultures. But one clear benefit of this new perspective on aging, Loeckenhoff said, is that it encourages renewed focus on the processes that contribute to positive age-related outcomes. 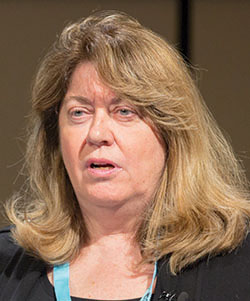 Why does exercise boost brain function as we age? The arteries that supply blood to the brain offer some important clues, says APS Fellow Monica Fabiani.

After decades of study, it’s universally accepted that exercise is beneficial for not only physical health but for cognitive health as well. The cognitive benefits of exercise seem especially true for older adults: Extensive research conducted by APS Fellow Arthur Kramer (University of Illinois at Urbana-Champaign) and others indicates that regular aerobic exercise protects against age-related losses to brain volume and leads to improvements in cognitive abilities such as executive function and spatial memory.

Focusing on the cardiovascular system as a mechanistic pathway, APS Fellow Monica Fabiani (University of Illinois at Urbana-Champaign) has been investigating the influence of one particular component: the arteries that supply blood to the brain.

Fabiani noted that conditions like arteriosclerosis, plaque formation, and high blood pressure can decrease the elasticity of our arteries and make it difficult for blood to circulate efficiently. This results in diminished blood flow to our highly vascularized brains as we age. But research suggests that exercise may counteract these negative effects.

In studies published in 2014, 2016, and 2017, Fabiani and colleagues found that arterial elasticity in participants ages 55 to 85 (as measured by a pulse relaxation function) was correlated with their overall cardiorespiratory fitness. And it was also correlated with brain structure: Participants who showed high arterial elasticity also tended to show preservation of overall and regional gray matter, overall white matter, and regional white matter structure.

Understanding these regional associations is important, Fabiani explained, because different regions support specific functions that are essential in our everyday lives.

Together, these findings indicate that enhancing blood supply to specific regions of the brain is one important mechanism by which fitness can preserve and promote cognitive and brain health.

Paying attention to the health of these small-scale pathways stands to have a big impact. To put the relationship in context, Fabiani noted that midlife hypertension, obesity, physical inactivity, smoking, and diabetes are major contributors to Alzheimer’s disease (AD), and they are all counteracted to some degree by exercise.

“Combined, their effect is humongous on the number of cases worldwide where we could decrease the incidence of AD,” she said. “These are factors that could greatly contribute to an improved healthy aging.”

Using tools that gauge regional blood flow to the brain, such as newer optical methods, may eventually be useful in predicting adverse events (like stroke and tissue loss) and protecting against cognitive decline, Fabiani noted.

Flexing for a Healthy Brain

Given that aging often comes with physical impairments, physical therapy researcher and Canada Research Chair Teresa Liu-Ambrose (University of British Columbia) is trying to better understand the effects of another type of exercise: resistance training.

“From a practical perspective, resistance training may be more feasible than aerobic [exercise] for the majority of older adults, especially those with significant mobility issues,” she explained.

In one study, Liu-Ambrose and colleagues randomly assigned 155 healthy women ages 65 to 75 to a specific training regimen. Some women engaged in resistance training once a week, others did it twice a week, and a third group engaged in balance-and-tone training twice a week as an active control group.

After 12 months, the women who engaged in twice-a-week resistance training showed a variety of benefits compared with their peers. For example, a subgroup of these women who underwent fMRI scans showed relative improvements in functional activation as they completed a task measuring attentional control. They also showed reduced progression of lesions to the brain’s white matter, a particularly important finding considering that these lesions are a notable risk factor for later stroke, cognitive impairment, and dementia.

And findings from a similar study with women ages 70 to 80 suggest that the benefits of resistance training may extend to older adults already diagnosed with mild cognitive impairment (MCI). Liu-Ambrose and colleagues found that women with an MCI diagnosis who engaged in resistance exercises showed unique benefits to executive functions, associative memory, and functional neuroplasticity relative to those who engaged in either aerobic training or balance-and-tone training.

These and other findings suggest that resistance-based exercise improves brain function by protecting or enhancing underlying brain structure in particular ways. But more research is needed to probe mechanistic pathways.

“We do lack good animal models of resistance training — much of what we know about how aerobic exercise benefits the brain comes from animal models where we do see evidence of neurogenesis along with increases in growth factors,” Liu-Ambrose said.

She pointed out that additional physiological mechanisms, such as inflammation, hormones, and cardiovascular function, are also likely to mediate the relationship between exercise and cognitive and brain health.

Emerging findings suggest that engaging in regular physical activity isn’t the only avenue to promoting cognitive health. Research conducted by APS Fellow Denise C. Park and others at the Center for Vital Longevity (University of Texas at Dallas) suggests that deep engagement in high-effort activities may have lasting effects on cognitive performance and function.

As evidence, Melissa Rundle, a staff scientist at the Center for Vital Longevity, presented data from the Synapse project, a 3-month lifestyle intervention aimed at engaging older adults in sustained activity.

Adults who were randomly assigned to high-effort engagement tasks participated in a mentally challenging activity (quilting or photography) for 15 hours per week, learning basic skills and progressing to more complex skills over time. Other adults were randomly assigned to low-effort engagement tasks, participating in activities that were not particularly cognitively demanding, such as reminiscing, games, and field trips for 15 hours per week.

The researchers measured baseline performance on a battery of cognitive and psychosocial measures and submitted a subset of participants to fMRI scans. The participants completed the same measures at the end of the intervention period and again at follow-up 1 year later.

At the 1-year follow-up, the high-engagement group showed sustained recruitment of the left mid cingulate relative to their peers.

The results suggest that learning and engaging with a cognitively demanding skill can result in benefits to cognitive performance and brain function over time.

These bodies of research provide clear evidence that focusing on individual lifestyle factors, such as exercise and effortful cognitive activity, has benefits for health and well-being as we age. But focusing outward on social integration may also convey significant benefits.

The feeling that we have meaningful relationships with friends and family is central to social integration, but an equally important aspect is the feeling that we occupy meaningful roles in society, said sociologist Karl A. Pillemer (Cornell University). These roles often provide social contacts, but they also give us a social identity, status, and sense of purpose or meaning.

Paradoxically, threats to social integration increase as people age, “right when they need this kind of support most,” he added.

At the same time that older adults start to experience profound social losses due to divorce, death, and geographical mobility, they also tend to transition out of full-time employment. This transition often entails losing the sense of meaning and purpose that comes with engagement at work.

“Our society does not make this easier,” Pillemer noted. “Older workers are still left with few alternative pathways, such as phased retirement in the form of part-time or part-year work, and there’s little assistance for developing a life plan for the ensuing potentially 3 decades or more of not being in the labor force.”

The problem is fundamentally a societal one, but emerging research suggests that interventions focused on the roles that older adults occupy — especially those that engage older adults in meaningful volunteer positions — do yield noticeable benefits to well-being.

Pillemer and colleagues have been examining the effects of one such ongoing intervention program called RISE, or Retirees in Service to the Environment.

In earlier studies, the researchers found that environmental organizations tend to task older volunteers with low-engagement activities, such as stuffing envelopes, simply because they aren’t prepared to offer more meaningful opportunities. With this in mind, RISE participants receive training that enables them to assert themselves and apply their expertise in their volunteer roles.

They also participate in educational sessions covering an array of environmental topics, studying everything from water quality to sources of alternative energy. Following this training, the participants devise and execute environmental stewardship projects, which have included designing a prescription drug return program and creating a community forum on pesticide use.

Data from 11 intervention cycles suggest positive effects, particularly for participants who had no previous environmental volunteering experience. These adults reported an increased sense that they were contributing to the next generation (known as generativity) and improved environmental knowledge. Importantly, they also reported an improved sense of social integration and self-efficacy as a result of their community involvement.

Pillemer noted that, as a society, we can’t afford to ignore the wide-ranging consequences of social isolation, especially as the ranks of older adults continue to swell.

“We really have no alternative other than to address these issues,” he said. “We can’t promote successful aging, based on what we know, without also engaging in the promotion of social integration.”