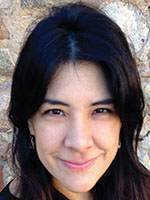 Lisa Feigenson and Yael Niv have been named the 2015 recipients of the Troland Research Awards, two $75,000 prizes given each year by the National Academy of Sciences to recognize young investigators for extraordinary achievement in the area of experimental psychology.

Feigenson is a professor in the Department of Psychological and Brain Sciences at Johns Hopkins University and heads the Laboratory for Child Development there. Her research focuses on object representations in infants and young children, combining elements of numerical cognition, object-based attention, and short-term memory. She has found that infants and children can represent only a limited number of objects at once but that they can work around this limitation by combining representations of individual objects into higher-order, chunked representations. Similar to how we divide 10-digit phone numbers into three groups, this technique allows even young infants to represent larger numbers of objects. In another line of work, Feigenson investigates core numerical representations in infants and young children. This work has revealed that individual differences in the acuity of nonverbal number representations predict math achievement throughout the life span. 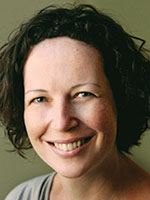 Niv’s research also examines the process of “chunking” information — specifically, how the brain breaks up a continuous stream of experiences into groups, such that within a group, experiences are similar enough to warrant generalization of what we learned in one experience to another, whereas across groups, learning should be segregated. By elucidating the processes by which the brain decides where to place the boundaries on generalization, Niv, an assistant professor of psychology and neuroscience at Princeton University, hopes to be able to design more effective methods of erasing negative associations. She has found that gradual attenuation of a negative association (e.g., a link between the sight of a bee and the pain of its sting) is a more effective way of altering this association than methods that try to abruptly get rid of it. This is because gradual changes mean that the new experiences will not be separated into a new group. As a result, they will be more effective at altering the memory of the original, fearful association. Conversely, a sudden change from pain to no pain forms a new memory — positive though it may be — alongside the still-intact negative one.