The European Association of Personality Psychology (EAPP; www.eapp.org) promotes and develops empirical and theoretical personality psychology within Europe. EAPP also supports the interchange of personality psychology information between EAPP members and cognate associations throughout the world. The latter goal is achieved through EAPP’s cooperation with other associations and institutions within Europe and around the world.

Although the official history of EAPP started in 1984, it was preceded by the organization of the first European Conference on Personality, held in Tilburg, The Netherlands, in May 1982. The idea for this conference came from three Dutch colleagues, Han Bonarius (Utrecht), Guus Van Heck (Tilburg), and Nico Smid (Groningen). During the meeting, it was agreed that a European Association of Personality Psychology (EAPP) should be founded during the second European Conference on Personality. Subsequently, EAPP was founded in Bielefeld, Germany, on May 19, 1984.

To reach its goals, EAPP conducts a number of activities. EAPP produces the European Journal of Personality, published by Wiley. The journal is currently edited by Marco Perugini, University of Milan-Bicocca, Italy. As he wrote in his 2009 editorial, the journal welcomes high quality submissions from neuroscience, neuropsychological, and evolutionary approaches to personality, as well as submissions with novel approaches and methods, and those that tackle novel issues for personality research in addition to the more traditional approaches to personality (e.g., psycholexical studies). In terms of impact factor, the journal is among the top 10 journals in the area of social and personality psychology. 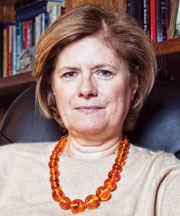 EAPP also organizes the Summer Schools, a long-standing activity of the association. Organized in collaboration with the International Society for the Study of Individual Differences, these programs attract young researchers interested in learning new methodologies and statistical tools from experts in the topic being presented. The last summer school took place in 2009 and was on “Meta-Analysis and Research Synthesis in Personality Psychology.” It was organized by Kristin Mitte, University of Jena, Germany, and was held at Oppurg Castle in Germany. The next summer school will take place in 2011, in Bertinoro, Italy, on the topic of “Robust Statistics for Personality Data.” Jens B. Asendorpf and Marco Perugini are organizing this summer school.

In the tradition of past EAPP workshops and seminars, a new activity, the Experts’ Meetings, was launched in 2009. These are small scientific meetings of experts in the area of personality research. The first such meeting was organized by Jan Pieter van Oudenhoven and Boele de Raad on the topic “Virtues, Values and Personality,” and was held in the Royal Netherlands Institute in Rome in October, 2009. The next EAPP expert meeting is being held this month at the University of Lausanne Switzerland, on the topic of “Personality and Culture.” The meeting will be organized by Jerome Rossier, Koorosh Massoudi, Anu Realo, and Jüri Allik.

﻿Policy Statements on the Effects of Media Overlook Scientific Complexity

Organizations and associations have issued statements about the effects of media exposure, but many such statements do not accurately reflect the available scientific evidence, researchers find.